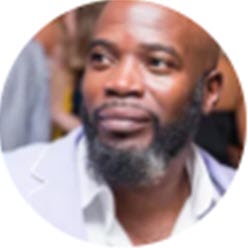 As one of the world’s foremost experts in the field of wypipology, I am constantly searching for ways to translate my studies into real-world applications. Fortunately, there are hundreds of white people who generously take time out of their day to accuse me of being the real racist. These scholars keep in constant contact with me to point out how I actually keep racism alive by talking about racism. Because I am always open to sharing the wisdom of white America, I wanted to combine the practices that tartar-saucians often describe as “race-baiting” into one top 10 countdown for those who are interested in keeping racism alive.

One of the biggest reasons racism exists is that black people love playing the victim. It has been one of the favorite Negro pastimes ever since Africans locked themselves in chains, stowed away on American cruise ships and crossed the Atlantic Ocean. Apparently, we are so in love with this dangerous activity, we are willing to subject our bodies to bullets and police batons just to participate in our own victimhood. We have passed it down through generations by naming our children whatever the fuck we want, in hopes that employers will continue the practice of throwing their résumés in the trash. None of this is white people’s fault. It is black people’s fault because, by pointing out systemic inequalities like wage discrimination, school funding and disparities in the criminal-justice system, we waste valuable time not working twice as hard as our white counterparts to get half as much.

When black people vote for black candidates, they are playing right into the hands of identity politics. Despite the fact that Donald Trump’s white voters were motivated by race, female voters are encouraged to vote for female candidates, Catholics voted for John F. Kennedy, Mormons voted for Mitt Romney, and politicians openly invoke their Christian identity to appeal to evangelical voters, the moniker of “identity politics” applies only to black voters. A majority of white people have never voted for a black presidential candidate. Yet it is black people who keep racism alive because white is not considered a political identity. It is a birthright.


8. Make Everything About Race

Even when black people have no intention of playing the victim, they indirectly keep racism alive simply by making everything about race. For instance, when a group of Upper West Side parents in New York City objected to plans to integrate one of the most segregated school districts in America, The Root fellow Anne Branigin decided to make the parents’ anger all about race. Anyone laboring under the delusion that New York City is a progressive bastion need look no further In this instance, Branigin secretly stood at the entrance to the meeting and kept black parents from attending. Then she egregiously used actual quotes from actual parents who complained about black and Hispanic children attending the schools. In this case, it wasn’t the outraged parents, the school district or the history of segregation.It was Branigin’s fault for twisting an incident that was all about race into something that was all about race.

Black people love bringing up old shit like slavery, history and truth. They will often bring up slavery at inopportune times, like history classes. The only logical reason blacks insist on making every discussion on the Civil War about slavery and white supremacy is that every available historical document about the Civil War actually cites slavery and white supremacy as the reasons for the conflict, and mentions nothing about Southern pride and cultural heritage. Every Confederate state that wrote a declaration of secession mentioned slavery. When Confederate President Jefferson Davis said, “[W]hite men have an equality resulting from a presence of a lower caste, which cannot exist where white men fill the position here occupied by the servile race,” he was apparently trying to keep racism alive. He did a damn good job, too.

One of the newest techniques in the field of racism technology is oppressing white people. Despite the fact that white people control every branch of the federal government, the financial industry, the entertainment industry, corporate America and the production of white tears, most white people feel that they are discriminated against. Recently, white people have been forced to endure the harmful effects of only working jobs for which they are qualified and having their grades and test scores determine where they attend college. Meanwhile, blacks benefit from affirmative action mandates that allow them to apply for jobs for which they are qualified and to be accepted into colleges based on their grades and test scores. How racist.

A 2015 study shows that the only significant determining factor in predicting whether someone shot and killed by police was unarmed is whether or not the victim was black. Schools with higher numbers of black students receive less funding. Black men receive longer prison sentences than white men who commit the same crimes. These are facts. But people who mention these peer-reviewed, scientific studies are playing the race card because, obviously, numbers are biased against Caucasians. As a matter of fact, pointing out the measurable, quantifiable existence of racism is, in and of itself, an extreme act of bigotry against white people. Facts are racist.

A recent study showed that black kids born to rich parents are as likely to be incarcerated as white kids born to parents making $36,000 per year. The study showed that, regardless of the neighborhood, education or income of black parents, their children will likely earn less than white kids whose parents are poorer and less educated and live in better neighborhoods. Black kids receive harsher discipline in schools. Whites are more likely to sell drugs, but blacks are more likely to be arrested for it. Black boys are perceived as older and less innocent than white kids the same age. Meanwhile, white children are exempt from being disadvantaged and criminalized at birth. But referring to that reality as “white privilege” means that you are attacking white people and being racist. Fortunately, whites have solved this problem. No, they haven’t worked to eliminate prejudice (don’t be silly). Instead, they just introduced an alternative, semantics-based solution. There is no such thing as white privilege. Black people are just underprivileged. See. They fixed it for you.

It is possible to breathe life into racism without even talking to white people. For instance, according to the FBI’s Uniform Crime Report, combined with U.S. population estimates, in any given year, 95 percent of black people don’t commit a crime. In black neighborhoods, the number of anti-violence marches, education initiatives and crime-prevention groups far outweigh the number of Black Lives Matter marches. Yet black people don’t want to talk about black-on-black crime. Why? Maybe it’s because white people never see these efforts, since media outlets don’t deem them newsworthy. Maybe it’s because, contrary to stereotypes, there is such a small percentage of black criminals. And maybe white people don’t know about these examples because there is no reason to talk to white people about black issues. Nah, it’s gotta be because we’d rather keep racism alive by blaming whites.


Because white people are accustomed to being seen as individuals, they hate being referred to as white people. It chaps their hides. Even laughing at the caucalicious phrase “chaps their hide” is racist, as is any variation of the term “white people,” including, but not limited to, “colonizer,” “mayonaisse American,” “undermelanated,” “a citizen of Rhythmless Nation” or “a Michael Rapaportian.”

Most people don’t know that white people are scientifically incapable of tasting seasonings (which saves them a lot of money but costs them a lot in ridicule).  Being black means we get to do things that white people can’t do, which is patently unfair. Despite the fact that White History Month is celebrated 11 months every year, Black History Month keeps racism alive. BET and TV One make wypipo upset because wypipo only have 1,295 white television networks. But the one thing that really upsets white people is the fact that they can’t use the n-word without being accused of being racist, while black people get to say it all the time. This double standard keeps racism alive because everyone knows that white people spend 22.94 percent of their time dreaming of a valid reason that would allow them to say “nigger” at the top of their lungs. Even when they’re with their sorority sisters or in a presidential Cabinet meeting, they are persecuted whenever they say something that disparages black people, and it is patently unfair. Not only does this inequality keep racism alive, but more important ... It really chaps their hides.