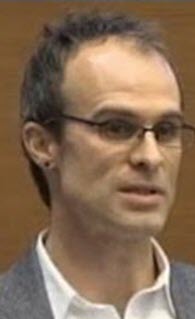 Implicit bias theory seems to have cornered the scholarly discourse on race and racism for the first couple decades of the twenty-first century. A cursory online search through my university library's search engine yielded nearly half a million hits for “implicit bias.” In the legal academy alone, the research and policy debates are too voluminous to cite in detail. As the Kirwan Institute for the Study of Race and Ethnicity at The Ohio State University noted in its State of the Science: Implicit Bias Review, a clear indication of the proliferation of implicit bias into public discourse is its frequent presence on mainstream news outlets, with articles in The New York Times, The Washington Post, Huffington Post, and Forbes, among other venues. During the course of the 2017 Drexel Law Review Symposium, the wide-ranging and probing discussion on “Race and Policing” featured a number of comments, references, and questions about implicit bias theory. It became apparent that my presentation at the Symposium at least needed to pass through implicit bias theory in order for my intended intervention to register. At the same time, the Symposium underscored for me the limitations of the theory. As a result, this Article resituates the argument I presented at the Symposium regarding the state of black self-defense within an analysis of implicit bias theory.

This Article begins with a brief review of the implicit bias problem. The focus here is on how implicit bias creates what legal scholars frequently refer to as the intent doctrine's “insuperable barrier” to proving discrimination. This Article then identifies the implicit assumptions underwriting implicit bias theory. When we recognize that “science” is a discourse like any other, we recognize that its truth-claims are as much a function of power as they are a function of the discovery of new “facts”; we can then ascertain the ideology that allows certain scientific findings to emerge at a given historical moment. The cognitive science now privileged in legal discourse on racism is thus a reflection of power relations momentarily emergent through a long-standing struggle over the meaning of black liberation. Implicit bias theory's underlying assumptions, distinct from its cognitive science conclusions, reveal the ongoing hegemony of liberalism, generally, and of colorblindness ideology, specifically. Given this shared ideological seam, this Article recalls two distinct moments in the black freedom movement where black thinkers thoroughly exposed liberal thought as the conceptual scaffolding for racist violence. In light of these devastating critiques, levied during the civil rights era and then during the period of its most vigorous backlash, implicit bias theory today is essentially reinventing the wheel--and constructing a shoddy replica to boot. This leads to the crux of the problem of implicit bias theory: when considered within the historical context of black struggle against law, it stands as yet another method to quarantine black self-determination.

This understanding of the stark realities proscribing black self-defense is strictly off-limits to us if we work with the definition of race and racism disseminated by implicit bias theory. Implicit bias short circuits legal analysis because it is a truncated conception of how racism works. We do not need to submit to the quarantine of black thought that it requires. Speaking at a Temple Law Review Symposium in 2010 on the evolution of civil rights litigation, David Kairys stated that the Court's decisions over the past few decades have made it easy for whites to invalidate good faith efforts to use race to counter racism, while making it impossible for non-whites to prove racial discrimination.

The Court has essentially established two distinct sets of rules, assumptions, and approaches--one characterized by insensitivity to race and the other by hypersensitivity to race--which applies in particular circumstances depends on whether whites or minorities are claiming discrimination. The result of this retrenchment is that over the last few decades almost all of the winning plaintiffs in equal protection race cases before the Supreme Court have been white.

Keeping up with this reality would be maddening, like trying to reason with a psychopath. Implicit bias deals with this madness by attempting to impose a historical order marked by rupture and progress that is not reflected in the reality of racism's continuities: most legal analysts employing this discourse talk about existing “beyond” explicit racism, about a “modern-day” form of prejudice, “a society significantly beyond George Wallace but still in denial about race,” and the need “to root out contemporary discrimination.”

If we work, however, from the perspective that law necessarily reflects society's foundational antiblackness, and recognize that this fundamental organizing principle remains as solid today as ever, then the fallacy of a break from a more racist past can be set aside and we can deal with things as they are, not as we would wish them to be. As Fanon put it, “since no agreement was possible on the level of reason, I threw myself back toward unreason.” In other words, when blackness enters the room, all reasonable behavior flees, compelling us towards other means of agitating. Kairys's summation, and the legal analysis presented in this article, means that neither rational argument nor scientific illumination will win the day--there is only power and struggle. Analysis, evidence, and science should be marshalled towards understanding this reality. This analysis has been on tap in the black studies archive for many generations, should we care to listen or explore. Even the insights of the critical race theorists will not take us far enough; we need to think beyond the constraints of the paradigm to which even CRT's critique is tethered; but at least we could build upon, not bypass, the struggles of earlier generations, rather than spinning our wheels. Once we deal with this reality for what it is, we can better grasp equal protection doctrine as slavery perfecting itself and find constructive ways of dealing with the imperative for black self-defense.