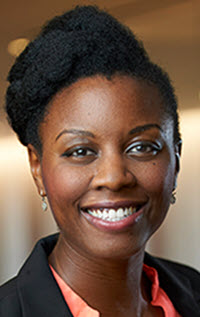 Inequality in the United States is pervasive. In 2015, Blacks and Hispanics made up 32% of the total United States population, but 56% of people incarcerated. In 2014, black people alone made up 2.3 million of the 6.8 million total incarcerated persons. “are imprisoned for drug offenses at 13 times the rate of their white counterparts.” In Pennsylvania and around the country, “at any given poverty level, school districts that have a higher proportion of white students get substantially more funding than districts that have more minority students.” Whites “have a longer healthy life expectancy than [B]lacks.” And the unemployment rate for African Americans is consistently around twice the national average and more than double the unemployment rate for whites. Despite the increasingly stark disparities, the United States continues to proclaim a national identity of racial equality, egalitarianism, and democratic ideals.

Why do these racial inequalities still exist in 2018? While a number of historical and political actions have contributed to the status quo, courts also play a direct role in these unequal outcomes. In 1976, the United States Supreme Court set the standard for proving unconstitutional racial discrimination in Washington v. Davis. Justice White, writing for the Court, required plaintiffs to show discriminatory intent--or that an actor had the specific purpose to discriminate--against a particular racial group in order to prevail on such a claim. Discriminatory intent is difficult to prove. Some have argued that by making the remedy for being impermissibly discriminated against effectively unreachable, the Supreme Court eliminated the remedy altogether. Recent studies on implicit bias show that unconscious racial bias, rather than overt racial is a better indicator of people's tendencies to discriminate on the basis of race. is a phenomenon by which people outwardly profess to hold race-neutral views of others, but often unconsciously treat people of different backgrounds less favorably than others. In other words, many people do not have an intent to discriminate and rarely discriminate purposefully but instead act more favorably toward certain people with whom they identify more and, unconsciously, less favorably toward people with whom they identify less because of unconscious biases formulated through human development and social interactions. The notion to which the Supreme Court adheres--that only an overt intention to discriminate on the basis of race qualifies as impermissible bias--is outdated.

This article proposes to revise the standard for proving unconstitutional racial discrimination to better align with current research on implicit racial bias. Rather than requiring plaintiffs to show discriminatory intent to prove racial bias, courts should only require a showing of discriminatory negligence, based in part on implicit bias research. Negligence is one of several mental states widely recognized in both tort law and criminal law. Negligence, as opposed to purpose or intent, knowledge, and recklessness, is the only mental state that finds culpability even where the actor is not (but should be) aware of the risk that her actions create and perpetuate. As such, discriminatory negligence is a more accurate standard for discrimination claims, where the perpetrator should have been aware that her actions are impacted by racial bias and have a high risk of producing a racially disparate impact. Government bodies or public officials particularly should be aware of such a risk because they have a public duty to treat every individual, and to create laws, equitably, ensuring a “fair” distribution of benefits and burdens across all groups. Given this new and improved understanding of how bias operates, influences actions, and leads to discrimination, the Supreme Court should adopt this new standard of review and overrule Washington v. Davis.

The first section examines the historical and modern discourse surrounding racial discrimination in the United States and the role that the Supreme Court may be inadvertently playing to exacerbate racial discrimination. The section examines Washington v. Davis, which served as the impetus for modern jurisprudence articulating the standard for unconstitutional racial discrimination, and a number of cases in which the Davis standard is applied. The second section delves into the mechanics of implicit bias, how it affects every person's actions and associations, and its limitations and challenges. The final section discusses the proposed standard of discriminatory negligence and how to prevail on a claim of unconstitutional racial discrimination. The section also examines how the new standard might play out in the real world, using Washington v. Davis as a case study. The article closes with a discussion of why other solutions, such as eliminating the mens rea element altogether, were not pursued, as well as the potential impact of the changed standard.
. . .

This article has sought to give a historical overview of the ideals that the United States openly espouses, including a brief review of the legal standard that the Supreme Court created in order to demonstrate unconstitutional racial discrimination and some of the major Supreme Court cases that were influenced and decided by this standard. It explored the complexities of implicit bias and how it undergirds changing the legal standard. Implicit bias affects our interpersonal interactions without our knowledge and influences how we actively see and interpret the world and the people within it, even when we affirmatively proclaim that it does not. To resolve this paradox, the Supreme Court should change the standard for showing racial discrimination from discriminatory intent to discriminatory negligence. This lower standard ensures a more responsive judicial system by “account[ing] for the most accurate model of human thought, decisionmaking, and action provided by the sciences.” Making this simple yet transformative change would assist the Court to adjudicate from the perspective of restoring justice to society's victims rather than providing mere piecemeal (and arguably unsuccessful) deterrence to society's perpetrators. Such a change would catapult the current judicial system into an age of jurisprudential decision-making girded in science and data and closer to the equality and justice that the founding fathers envisioned.

Yvonne Elosiebo is an associate at Lowenstein Sandler LLP in New York City.