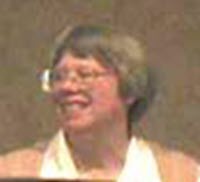 I watched a discouraging program on C-SPAN the other day. Roy Wilkins, a

prominent black law professor, was talking with a group of the best and

the brightest high school seniors. And the white guys were totally hung

up on the issue of affirmative action. No matter where the conversation

was taken by the other participants, they kept dragging it back

to "reverse discrimination." Why, they insisted, should anything other

persecuted anybody; so why should they be pushed aside to give special

privileges to blacks and Hispanics and Indians?

Wilkins was patient with them. He explained to them that society has

never in history operated solely on the basis of merit. People get into

exclusive colleges, for instance, because their parents are alums, or

because their parents are donors, or because they have extraordinary

was affirmative action, that the University of Michigan law school felt

an obligation to educate future leaders of the black community. Wilkins

did not have a splendid academic record as an undergraduate, because he

spent his time as a big man on campus, becoming president of the student

body in the early 1950's, despite being black. Clearly he had great

potential, and he was admitted. But once he was there, he had to do the

work or flunk out. Just as clearly, his career bore out their faith in him.

And he told them that, as a professor, he not only believed, he KNEW that

the differing life experiences and viewpoints in the classroom were as

important in the educational experience as the lectures and books, that

people saw different ways of looking at problems, and different kinds of

solutions than they would have if they associated only with people

And the white guys didn't hear a word he said. They said that, if his

academic record wasn't that good, then some person with a better record

was not allowed in, in order to make room for Wilkins, and wasn't that a

The girls and the blacks and Hispanics were very patient, explaining to

them how their experiences helped them

And the white guys said, why should anything but merit be considered?

It did make me think of John Ciardi's poem, "The Shark"--

with his two bright eyes and his one dark thought

They were like four year olds being told, politely but firmly, that they

had to share their toys. And as far as they were concerned,

share, but nobody was big enough to make them agree that it was a good idea.

Or that the toys weren't necessarily theirs by right.

There were other frustrating things about this conversation.

One was that nobody there except Wilkins had any sense of history. What

slaveowners or Klan members to have nonetheless benefited from the

systematic exploitation of blacks and Latinos and Chinese laborers and

Indians. Throughout American history, the Germans, the Irish, the

Poles, the Czechs, and so on, have advanced from despised immigrant

status through honorable working class to striving middle class by

asserting their common whiteness (a legally beneficial condition). Once

they made some money and got some education, they were indistinguishable

from any other white American. And they intermarried freely. Not for

nothing is our most quintessential American name something like Kevin

Not surprisingly, white men got into the habit of thinking that the good

things in life went to white men because they earned them; they

somehow failed to notice that other people were not invited to apply.

They missed the fact that job ads that were listed as

jobs for women and

jobs for men, or even jobs for whites and jobs for blacks. And somehow

didn't see a fairly startling salary gap between these sets of

ads. As Jim Hightower said about George Bush, "He was born on third base

and thinks he hit a triple."

Naturally, then, when blacks and Hispanics and women were allowed to

compete for "their" jobs, white guys were upset; the rules had been

changed on them. And so men became very testy about the issue of "merit"--

"unqualified" people were taking their jobs. (They apparently managed to erase from

their minds all memory of unqualified stupid white guys they worked with.)

And how did they know these people were unqualified? Because of tests.

Testing, of course, measures skills white men happen to be very good at,

spatial reasoning and verbal logic. So it was clear to these young men that merit

was, in fact, an objective, measurable reality, that our tests in fact

provide an excellent measure of merit, and that everything that counts

about a person is measured in these tests..

Firefighters take tests for promotion. And there are certainly objective

facts that one would want all firefighters to know. But firefighting

requires other qualities that no test could ever measure--bravery,

leadership, split-second decisionmaking. No city government in its right

dithered when decisions had to be made.

suburbs to arrest black kids in the ghetto, it isn't a police force at

all. It's an army of occupation. Don't think the black kids don't

And if you're trying to market your products to Hispanics, and none of

culture is different from Mexican culture or Puerto Rican culture, your

And if you're trying to market a product to women, and the guys in

a sparkling bathroom, you're not going to sell that product to me, I

assure you. Or to very many other women, either.

White men understand their own "merit." What they don't see is their

own limitations as people. We are ALL limited as people, because we see

and understand only what our cultural experiences allow us to see. We

are, until we run into people who do not share those assumptions. White

men seem so caught up in their own grievances, in the unfairnesses to

them, that they can't see unfairnesses to anyone else. And they can't

think about what is good for society as a whole.

the good stuff, and no blacks (Hispanics, women) need apply, what we have

is a caste system. And social dynamite.

American dream--if you work hard and play by the rules, you can make a

good life, and a better life for your children. If that belief goes, if

deck, that's when you'd better start getting ready for the revolution.

NOTE: My thinking is always a work in progress. You could mentally insert all my columns in between these two sentences: "This is something I've been thinking about," and "Does this make any sense to you?" I welcome your thoughts. Please send your comments about these columns to This email address is being protected from spambots. You need JavaScript enabled to view it.

Please stop by my other web sites,
Where the Wild Things Are: Librarian's Guide to the Best Information on the Net,
BookBytes, or, if you're interested, my personal page