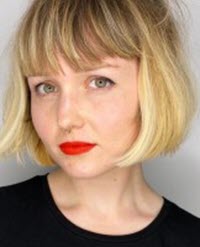 In recent years, we have seen an influx of “Karens” and otherwise nicknamed white women gain infamy on the internet. Though sometimes the behavior of these women is innocuous and merely entitled, the pejorative nickname “Karen” has also become a term for white women engaging in racist behavior. A typical scenario involves a white woman calling the police on a Black person or Person of Color for doing something harmless, such as asking a dog walker to put her dog on a leash, or barbecuing. These women are recorded, and subsequently called out on the internet, sometimes even resulting in their being fired from their jobs. Cutesy nicknames such as “Permit Patty” and “BBQ Becky” have also been given to these women with the requisite hashtags trending on Twitter. There is even a Twitter account dedicated to calling them out: @KarensGoneWild. Black Entertainment Television (BET) has an online “Karen Hall of Fame” documenting the most famous examples of this behavior.

This paper argues that the common thread in the behavior of these women is the weaponization of their specific white womanhood, and that the recent viral fame of “Karen” behavior is a continuance of ways that white women have historically weaponized our white womanhood in a racist manner. I will discuss some ways in which white women do this. In particular: i) The use of tears as a weapon, ii) the use of the fact that white women are believed over Black people and People of Color, iii) exhibiting racist fear and iv) calling in what will likely be violence against a Black person or Person of Color. In order to understand any of these phenomena we must understand the history of white women's racism in this country, which undergirds these racist behaviors. I will discuss this particular history of gendered racism and argue that it must be addressed. I will discuss the idea that white women act in these ways to make up for a lack of power on the gender axis. I theorize that the racist actions that we see in viral incidents are taken when the intersection of whiteness and womanhood come together as a racist weapon.

I will discuss potential legal solutions to the weaponization of white womanhood. For example, the role of states and cities to pass laws and ordinances that make racially motivated 911 calls a hate crime (laws that are already emerging across the country). I will argue that the highest value of these laws is to send a message, and to help change the cultural narrative around white women from harmless victims to potential racist aggressors. I will also highlight the importance of non-legal solutions, including white women taking collective responsibility for our racism and education, as well as temporary non-legal solutions such as social media storms and employers firing those who exhibit racist behavior.

It is worth mentioning here that the recent prevalence of “Karen” memes on the internet might be seen as misogynistic. It could be seen that to focus on white women, and not men, is sexist, especially in light of the fact that white men are certainly being racist too. My response is that yes, there does seem to have been a recent disproportionate focus on women. However, the behavior of white men is not being ignored. In one incident, the husband of Lisa Alexander, the “Karen” who challenged a man of color stenciling “Black Lives Matter” outside of his home, chimed in on the harassment himself and was subsequently fired from his job. Another recent incident in California gained huge online traction when a white man, Michael Lofthouse, hurled racist abuse at an Asian American family in a restaurant by telling them to “go back to whatever f Asian country you came from.” He has since resigned from his CEO position after the wave of backlash. In another incident, a white man, William Beasley, blocked a Latino man from gaining entrance to an apartment building garage and apparently threatened to shoot. He has since been fired from his job after the video was publicized online. Although there may be less internet attention on men exhibiting this behavior, it is not completely ignored.

Furthermore, we should not respond to the prevalence of “Karen” memes by simply demanding that men ought to be called out too. Of course, they ought to be, but as white women, we should take responsibility for our actions regardless. It is somewhat unhelpful to respond to the calling out of racism by playing the misogyny “card.” Put simply, it can hardly be misogynistic to call out racism. White women must still work to tackle our particularized racism, regardless of whether the focus on women is disproportionate.

My proposal for tackling the weaponization of white womanhood is multifaceted. I propose the implementation of criminal laws, making false 911 calls based on race a hate crime. Laws similar to these should be enacted country-wide, both as state laws and city ordinances, following New York, California and San Francisco. For laws that criminalize racially motivated 911 calls, instead of fines and/or jail time as punishment, a restorative justice practice could be put in place whereby people who make these calls speak to their victim and learn about the effects of their racism. Ultimately, the potential best aspect of implementing these laws is not that they will actually be utilized successfully, but rather the passing of the laws sends a message that white women are not exempt from the law, and that racist 911 calls are wrong.

I also suggest that already existing false reporting laws should be utilized against white women who exhibit behavior like Amy Cooper's. The current legal action against Amy Cooper will provide an interesting case study as to the legal effectiveness of this, but already the publicizing of her case shows white women that this behavior is unacceptable.

Tort laws, like Oregon's, should also be implemented by states, allowing victims of racist 911 calls to sue the caller. Again, the potential best aspect of these laws is to send a message about what behavior is deemed unacceptable.

Non-legal solutions must also be used to address the weaponization of white womanhood. For example, social media provides a strong source of community backlash when white women are filmed being racist. The creation of memes creates a cultural conversation that has not been had in the same way before.

White women also need to educate one another on our shared racist history and take collective responsibility against the phenomenon of the weaponization of white womanhood. We must rid ourselves of the idea that we should pursue equality with white men, as this leads to participating in the oppression of Black people and People of Color. Society in general needs to undo the myth of white feminine victimhood. "Karen" memes are part of the way this is being done: we are being shown how white women can be serious racist aggressors, and not innocent victims. Apryl Williams points out that "Karens" express a dangerous kind of white supremacy, and if we are not working toward being antiracist, we are dangerous too.