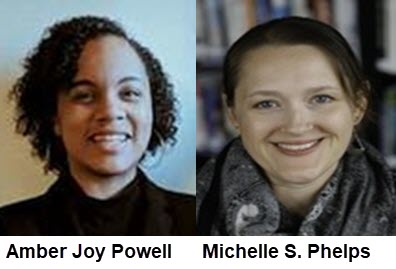 From slave patrols in the Antebellum South, to the “law and order” era policies like stop-and-frisk and mass incarceration, policing remains central to American racial domination. Since 2014, activism by the Movement for Black Lives has called public attention to aggressive, predatory, and fatal policing practices in cities such as Ferguson, New York, and Minneapolis, triggering national conversations about the role of police in society. At the center of this conversation lies the relationship between police and race-class subjugated (RCS) communities. Spanning place and methodological approaches, researchers consistently find that poor Black, Latinx, and Native communities disproportionately experience both over-policing-including aggressive police presence, frequent harassment, enforcement of low-level offenses-and under-protection, including failure to prevent interpersonal and community disorder and violence. Meares (1997) argues that this paradox of over-policing and under-protection produces “dual frustration,” leaving communities burdened by both community and police violence.

Yet existing studies on dual frustration often prioritize the impact of crime and policing on Black men, yielding little attention to the gendered racial vulnerability of Black women and its impact on their experiences with the law . As Threadcraft and Miller (2017) argue, “Conceptions of the carceral state that do not situate criminal justice within the larger context of raced and gendered subject formation depict the criminal 'justice’ system as an arena composed almost exclusively of adult males” . However, a long history of Black feminist sociolegal scholarship reveals that Black women also experience the repressive face of the state. Richie (2012) argues that Black women are vulnerable to the “violence matrix,” confronting physical, sexual, and emotional violence from intimate partners, neighbors, and law enforcement. This violence matrix targets Black women both directly and vicariously through family members, particularly children. Richie's work suggests that Black women likely experience a unique and painful form of dual frustration. Yet few sociolegal studies explore the experiences of women with law enforcement and legal socialization. Even fewer studies examine how women across other racial identities, including white women, in heavily policed neighborhoods perceive and interact with police. Bridging sociolegal and criminological scholarship with intersectional feminist theory, we examine women's experiences of dual frustration through the lens of gendered racial vulnerability.

Our data consist of semi-structured interviews with 53 women in North Minneapolis between 2017 and 2019, a period of public upheaval due to several high-profile police killings and debates about police reform. North Minneapolis forms the heart of Minneapolis' Black community and remains the site of frequent police-citizen conflict. Our analyses explore how women of color, which in our sample were largely Black or African American women (but also included Native and Asian women), and white women in North Minneapolis experienced dual frustration. We find that the violence matrix produced a unique dual frustration for women of color, who wanted protection from neighborhood and gender-based violence yet remained reluctant to enlist police assistance due to a history of racialized social control and police violence against themselves and their loved ones. White women, despite their spatial proximity, experienced less exposure to gender-based, community, and police violence.

Our analysis advances understandings of cultural orientations toward the law across several dimensions. First, we center women's voices through an intersectional framework that refrains from conceptualizing police-community relations solely in terms of race and/or class subjugation. Instead, we examine how interlocking gendered and racialized vulnerabilities shape cultural orientations toward police. Second, a focus on women reveals that sociolegal understandings of state violence must include both the state's surveillance, harassment, and abuse toward women of color and its failure to protect them from household, community, and gender-based violence. Third, we conducted interviews from 2017 to 2019, in the wake of the eruption of the Black Lives Matter Movement. The resulting public scrutiny of Minneapolis (and other) police may have shaped neighborhood attitudes in ways not observed prior--including potentially increased consciousness among white women about racial disparities in legal punishment. Finally, our analysis contextualizes the uprising that followed the police killing of George Floyd in 2020, documenting long-standing frustrations with law enforcement in Minneapolis.

Several limitations exist in our findings. First, while our sample includes a handful of Native and Asian women, this small sample size does not allow for a deeper exploration for how women of color outside the Black-white binary perceive and experience police presence in their communities. Similarly, while we include one genderqueer person who described their experiences as a woman, a deeper analysis of gender and race must also include the voices of genderqueer individuals. Third, our small sample of white women-and the relatively advantaged socioeconomic status of those women despite their neighborhood contexts-limit our ability to draw conclusions about the experiences of the poorest white women in urban neighborhoods. Finally, our sample skewed toward older women. This perhaps explains why our respondents experienced more family criminalization than direct targeting from law enforcement, as earlier studies of teens and younger women of color have found. We urge future sociolegal research to build on these findings, centering the voices of women, girls, and non-binary and transgender people as integral to theories regarding dual frustration, legal cynicism, and legal estrangement. Future research might better unravel how race, gender, socioeconomic status, and age all intersect to produce unique legal socialization.

Finally, our interviews were conducted before the police killing of George Floyd, which sparked national conversations about police defunding and abolition. This new context may shift how residents of heavily-policed communities conceptualize the role of law enforcement and the state in their lives. Moving forward, we argue, scholars, activists, reformers, and abolitionists must foreground how intersecting structures of gender, race, and class co-produce crime and abusive policing in their diagnoses and solutions to RCS communities' exclusion from the law's protection. Only by considering the full matrix of violence, and the unique experiences of women of color, can we fully understand legal estrangement and the path toward women's ability to feel safe from violence in their homes and communities.