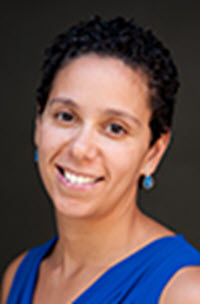 How do we ensure that pregnant patients are empowered to make health-related decisions during pregnancy? This is the fundamental question that Professor Jill Wieber Lens considers in the context of stillbirth risk in Medical Paternalism, Stillbirth, & Blindsided Mothers. Professor Lens highlights the stigma around stillbirth that makes it largely invisible in provider communications to patients, explaining that physicians go so far as to treat it as taboo and confess discomfort at the prospect of having to even discuss it. Physicians suggest that disclosure would cause women unnecessary anxiety, in light of the low risk of stillbirth and scientific uncertainty around preventability women as emotionally fragile and justifying the denial of information as a means to protect them from harm. Lens sees this as an example of the ôprotective paternalismö that characterized the early history of medical care in this country, and that informed consent doctrine was supposed to eradicate.

To promote better information sharing, Lens proposes what she admits is a novel informed consent malpractice claim that would assign blame for the stillbirth through a tort liability regime. Citing research suggesting that certain behaviors may prevent or reduce the risk of stillbirth, namely smoking cessation, sleep positioning, and self-monitoring of fetal movement, Lens argues that a physician who fails to disclose this information should be held accountable when a stillbirth occurs. She argues for tort liability, despite conceding that causation would be difficult to prove because of how much is still unknown regarding the causes of stillbirth. For Lens, this scientific uncertainty should not doom the malpractice claim because the preponderance standard is weak enough to accommodate it. More importantly, she hopes that by emphasizing the possible causal link between stillbirth and certain pregnancy behavior, tort law will catalyze research and pregnancy care reforms that will ultimately improve birth outcomes by empowering women to make healthy choices.

By calling attention to this problem, Lens makes several valuable contributions to the literature on informed consent and pregnancy care. She renders visible a risk that has been stigmatized through medical silence and concealed through medical paternalism. She demonstrates how this nondisclosure undermines patient self-determination in pregnancy care--an area in which women's decision making has been too often and too easily devalued or infringed. And she highlights the important connection between information sharing and good health outcomes in pregnancy, noting that ôempowered mothers play a crucial role in [stillbirth] prevention.ö Lens makes a compelling case that medical paternalism is playing a role in stillbirth nondisclosure and that pregnant patients should have a right to evidence-based information about stillbirth risk and prevention.

Important questions remain, however, about whether Lens' proposed liability claim is likely to promote her goals of patient empowerment and better pregnancy care. Indeed, her proposal may have unintended effects that undermine autonomy and quality of care, especially for women who are disproportionately at risk of pregnancy-related harms. This Response urges that any proposed solution be evaluated by how well it would serve those most likely to suffer pregnancy loss like stillbirth, and experience information withholding and other communication problems with physicians generally--that is, the patients most vulnerable to both aspects of the problem Lens identifies. Women of color, poor women, and women with disabilities tend to fall into both categories, but to illustrate the need for this centering in addressing pregnancy care reform, this Response focuses on the experiences of Black women.

As Lens acknowledges, Black women are twice as likely to suffer from stillbirth as white women. But largely missing from her critique of the problem, and discussion of her solution, are Black women's specific experiences that reveal how both medical paternalism and laws purporting to promote fetal health are deployed differently against them. Only by centering Black women's experiences of pregnancy--both within the health care relationship and as targets of reproductive regulation and control more broadly--can we see the dangers and limits of a tort liability approach that reinforces the association between pregnancy behavior and fetal harm for purposes of assigning legal blame.

Part II fleshes out the dangers of a liability-based approach to stillbirth nondisclosure that ties legal blame to a focus on behavior as a possible cause of stillbirth. The causal link central to Lens' liability claim reinforces two dangerous assumptions about pregnancy behavior and blame: one is the overemphasis on women's behavior as a potential cause of poor birth outcomes; the other is the notion that this link justifies punitive interventions as an effective means of promoting fetal health. Together, these assumptions reinforce a mother-blame narrative that has been used by legal, social service, and medical actors to target certain women for criminal punishment, intrusive surveillance, and unwanted and harmful medical interventions, all while denying women the support necessary for true empowerment. These harmful actions targeting women have not promoted fetal health, and they undermine autonomy, health, and equity for women from marginalized communities, especially Black women. In fact, such actions reflect a broader and disturbing pattern of law being used as a tool of reproductive injustice that punishes and controls Black women's reproduction. Lens decries punitive actions against pregnant women and attempts to distinguish her approach by limiting it to tort claims against physicians. Part II shows that this is unlikely to prevent the harmful effects of reinforcing a link between pregnancy behavior and fetal harm, given that our current legal system punishes, regulates, and surveils pregnancy behavior in the name of preventing fetal harm without strong or any supportive scientific evidence and despite an overwhelming consensus about the myriad other factors beyond patients' control that can contribute to poor fetal health.

Part III focuses on the limits of tort liability as a means of promoting patient empowerment and improved pregnancy care. While the weakness of informed consent doctrine as a tool for promoting effective communication is well understood, this shortcoming is particularly profound in pregnancy care. Research reveals a remarkable breakdown in informed consent practice, in terms of physicians' failure to appreciate the kind of information patients want and patients' lack of understanding of risk, even beyond the stillbirth issue. The picture gets even bleaker with emerging research that centers the experiences of Black women of varying socioeconomic levels. Black women are more likely to report discrimination, disrespect, dismissal of concerns, medical abuse, and coercion by providers. In addition, interviews with patients and birth workers describe providers withholding information as a covert way of denying women decision-making control related to their pregnancy, and of disciplining or punishing them when they try to assert control over their birth planning and question health care providers. This withholding appears to be operating not only as a product of the medical dominance that still shapes pregnancy care, but also as a form of obstetric racism that has a mutually constitutive relationship to the racialized attitudes and stereotypes of Black mothers that exist in other sectors of society.

Part IV reconsiders Lens' stillbirth critique and proposed solution in light of Black women's vulnerability to punitive and coercive actions rooted in the mother-blame narrative described in Part II, and the specific ways that medical dominance and obstetric racism subordinate Black women within the pregnancy care relationship as described in Part III. This Response is focused primarily on showing how centering Black pregnancy is essential to understanding stillbirth nondisclosure as a part of a broader pregnancy-care problem, and to recognizing the potential dangers and limits of a liability-based approach that reinforces the association of pregnancy behavior and fetal harm for purposes of assigning legal blame. But Part IV suggests that centering Black pregnancy is also key to designing pregnancy care reform that is truly empowering for patients and improves pregnancy outcomes, including reducing preventable stillbirths, Although a comprehensive consideration of reform alternatives to tort liability is beyond the scope of this Response, Part IV highlights recent efforts to improve pregnancy communication and care that go beyond disclosure. These efforts offer a more holistic approach for supporting all women--including those from marginalized communities--in their quest for safe and empowering pregnancy care. Part V concludes by emphasizing that the success of these reform efforts depends on an even broader movement to eradicate punitive and coercive actions targeting pregnant women--a movement aimed at correcting the myopic focus on specific pregnancy behaviors as the cause of fetal harm and eradicating the blame mindset that animates our punitive approach to the regulation of health and reproduction.

This piece opens by asking: How do we ensure that women are empowered to make health-related decisions during pregnancy? Part IV highlights current efforts to empower women and improve outcomes through approaches that are patient-centered, supportive, and explicitly antiracist. But the reality is that the success of pregnancy care reforms depends on an even broader movement to eradicate reproductive injustice, especially the punitive and coercive actions targeting pregnant women in the name of fetal health. Central to this movement is a shift away from the myopic focus on specific pregnancy behaviors as the cause of fetal harm and a rejection of the blame mindset that relies on punishment and control to regulate health and reproduction. Liability proposals that reinforce the association of pregnancy behavior, fetal harm, and blame threaten to reproduce this injustice--undermining reforms that are more equitable, supportive, and empowering, and thus likely more effective at improving pregnancy care and outcomes.