Paradox of the Black Church and Religious Freedom 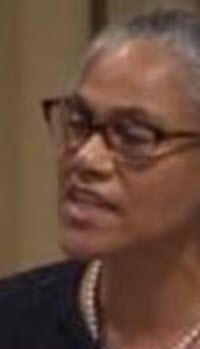 Considerable attention has been paid to religious freedom claims and the laws that protect those freedoms; less attention has been paid to how religious freedom is used. African Americans, from the time of slavery, have been greatly impacted by how whites enacted their religious freedoms, and even more by how blacks themselves did so. The Civil Rights Movement of the 1960s and the abolitionist movement were among the most consequential exercises of enacted religious freedom. Both of these efforts transformed the nation. The benefits that African Americans derived from these struggles might lead one to expect that the black church would be a natural ally in the struggle to defend religious freedom in the United States. Moreover, black people, given the moral standing derived from their being targets of the most egregious and violent racial hostility in the U.S., are uniquely positioned to rebut a popular argument being made against religious freedom, that it is tantamount to discrimination. However, whites have used their religious freedom to the great detriment of blacks. In the middle of the twentieth century, they justified hostile actions against blacks with claims of religious freedom. In addition, the whites who most vigorously made appeals to religious freedom were those associated with the defense of slavery and with racial hatred during the early and mid-twentieth century. As a result, blacks are now slow to identify with religious freedom, threatening the loss of a valuable partner in maintaining religious rights in America.

Enacted religious freedom is an important concept central to discussing the consequences of the First Amendment for African Americans. Much of the discussion around this subject to date has focused on the underlying principles and how they ought to be applied in specific conditions or their implications in specific cases before the courts. Enacted religious freedom by contrast focuses on how religious freedom is used, often taken for granted, often without specific claims of that right being made. To ground the discussion of the effect on the black community, this essay opens with a very brief consideration of the history and principles of religious freedom in the United States, which demonstrates the enduring importance of religious practice in the formulation of this right. Since this has been particularly significant for African Americans, the impact of the use of religious freedom on blacks in three time periods is reviewed: during the Antebellum Period, in the mid-twentieth century Civil Rights Movement, and in the twenty-first century. Prior to the Civil War, religion played a pivotal role, both for good and for ill, in an issue fundamental to the wellbeing of black people: slavery. The actions justified by the faith commitments of both blacks and whites were pivotal in this period, a fact that was perhaps unsurprising in an era when religion was a significant force in the lives of the overwhelming majority of the population. A hundred years later, while the centrality of religion had declined to some extent, it was still a potent force in the United States. Once again, religiously inspired action was critical to another great event in the lives of blacks, the Civil Rights Movement.

The life and work of Rev. Dr. Martin Luther King, Jr. provides a powerful example from that era. By the dawn of the twenty-first century, there had been a further decline in the societal influence of religion, but in the black community, faith commitments have remained strong and continue to play an important role in meeting the needs of the poor. Clearly enacted religious freedom has been important for blacks throughout their history in the United States. A discussion of the paradox of their failure to engage in the struggle to ensure support for religious freedom in the current period, given its importance in their history, closes the essay.

The right to act on one's religious convictions has always been an integral aspect of formulations of religious freedom since they were articulated by America's Founding Fathers, despite their egregious failure to live up to their own principles. This assumption of the right to live in accordance with the dictates of one's faith is highlighted in the concept of enacted religious freedom. The taken for granted right to do this, often without any explicit appeal to religious freedom, has had a powerful impact on the lives of African Americans, for ill in the case of slavery, but with overwhelmingly positive results in many other major historical developments. These include the abolition of slavery, the Civil Rights Movement, and essential services provided to the needy in the black community today. However, despite the many benefits that black people have reaped from enacted religious freedom, they have stood apart from efforts to defend that right in the face of growing criticism and skepticism in the American public. This disengagement is related to the powerful association of religious freedom with white evangelicals, who have often been on the wrong side of racially charged issues and who have failed to act in the interest of black people. Thus, an essential partner in the effort to preserve religious freedom, the black church, is alienated from the effort.

Jacqueline C. Rivers is the Executive Director of the Seymour Institute for Black Church and Policy Studies and a lecturer in Sociology and African American Studies at Harvard University.