Heterosexism and Internalized Racism among African Americans: the Connections and Considerations for African American Lesbians and Bisexual Women: A Clinical Psychological Perspective 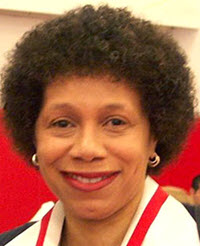 Clinical and counseling psychologists are charged with understanding the nature of human identities, evolution, and forms as a part of their struggle to understand behavior. How much of identity is fixed or fluid and what kinds of things influence how people come to see themselves and others are two of the many questions psychologists raise in their attempts to study human identity. In contemporary clinical practice, we are faced with the need to understand how people view the world and how the world views them as a necessary ingredient in understanding current and past behavior. Part of that understanding includes analyzing the social context that people live in, specifically where they fit within the social hierarchy and its effects on them. Whether a person is socially privileged or socially disadvantaged affects not only psyche but behavior as well. Clinicians who do not appreciate the importance of this social positioning and its effects cannot fully appreciate the nature of a patient's struggles or experience. This understanding is a necessary part of the process of the behavioral change that is often a goal in psychological treatment. Other disciplines may view the constituents of identity from different perspectives, for example, legal identities and their political implications. None of these differing views are correct or incorrect but represent views through different lenses and for distinct purposes. In a clinical psychological analysis, I am concerned with the individual's internal sense of who they are and where they belong, which may conflict with how they are socially defined and how their identities are socially constructed. In this discussion, my understanding of identity is focused on understanding those constituents that shape the identities of African American lesbian and bisexual women and of the attitudes of their heterosexual counterparts toward them. This article will also focus on the effects of social barriers that are a function of heterosexism as a form of social injustice.

The cultural origins of African American lesbians and bisexual women are rooted in the tribes of Western Africa and in their identity as descendants of slaves who were unwilling immigrants to the United States. Historically, all black women in the diaspora have the horrific legacies of the slave trade in common. Prior to leaving Africa and becoming slaves, African women were not a homogeneous group. To the contrary, the mixed pre-slavery lineages of African women included membership in many different tribes speaking hundreds of distinct languages, with different systems of family values, relations, and tribal customs. Furthermore, the wide range of differences in the kinds of slavery policies practiced in the different countries to which slaves were taken, as well as the presence of cross ethnic relationships/marriages, created even greater heterogeneity among group members. All of these pre-slavery diversities and post-slavery realities gave rise to a wide range of expressions of female sexuality, and therefore, to same-sex sexual relationships among Black women in the diaspora.

The heterogeneity of African women notwithstanding, Black lesbians in the diaspora have been integral members of Black communities. Throughout history they have experienced varying levels of tolerance for their sexual orientation, and share the same devalued position borne of racism and sexism as their heterosexual counterparts. The intolerance of African American lesbians expressed in homophobia/heterosexism within the African American community has a range of determinants. While many are similar to the determinants of homophobia within the dominant culture, others are connected to internalized oppression/racism within African Americans. African American communities across the United States are diverse, and the levels and quality of internalized racism is affected by the type of community in which the sexual minority exists. The factors that serve to bind these phenomena as well as their contemporary manifestations will serve as the focus of my discussion. The presence of Black women who have sex with women throughout the diaspora and their experiences are worthy of attention; however, all Black women do not share the same socializing experiences. Thus, this discussion is limited to the unique experiences of African American women who were born and raised in the United States.

Like their heterosexual counterparts, African American lesbians and bisexual women share African cultural derivatives. These derivatives include the presence of strong family ties encompassing nuclear and extended family members in complex networks of mutual obligation and support. They also reflect more flexible gender roles than those of Whites and other ethnic- minority groups. This flexibility may be attributed, in part, to cultural values that stress interdependence and greater levels of gender egalitarianism observed in some pre-colonial African tribes.

Based on conservative population estimates, there are some 1.8 million African-American women who could be defined as lesbian and bisexual in the United States. Yet few published empirical studies include any significant numbers of African American lesbian and bisexual respondents, raising questions about the accuracy of the assumptions made about their psychologies. Thus, it is not appropriate to limit our understanding of African Americans to dominant cultural analyses that may reinforce preexisting racist, sexist, and heterosexist biases. It is also imperative in analyzing the history of discrimination of any ethnic group, to incorporate group members' own understandings of their history, oppression, and coping strategies. In this discussion I will do so by addressing internalized racism in the African American community.

Beyond African cultural legacies, characteristics of African American lesbians and their families constitute responses and attempts to cope with American racism and the patriarchal social structure that characterize the majority culture in the United States. Slavery, institutional racism, and the resulting lack of employment opportunities made it difficult for African American men to conform to the Western ideal of the male as the sole provider. This ideal devalued women who worked as well as the men who needed their female partners to work outside the home for economic survival. This ideal was never consistent with the reality of African slaves and their descendants.

Slavery defined African women as workers, and required that they work outside the home from the very moment they arrived on these shores to a greater degree than their white counterparts. While this may have facilitated a greater level of cultural gender role flexibility among African American families, it deprived slave women of the customary perks of "femininity" accorded other American women. Despite that flexibility, sexism is still a visible phenomenon in African American communities.

To understand the meaning and reality of being an African-American woman who is lesbian or bisexual, this discussion explores the impact of a range of factors that include ethnicity, gender, sexual orientation, and socio-economic class, and their dynamic interactions within an individual. In addition, the work reviews the nature of the traditional gender-role stereotypes within African Americans; the role and importance of family and community; and the role of religion and spirituality in the lives of African Americans. Specifically, looking at a lesbian's existence within the African American community, this discussion shows that other powerful factors affecting lesbians' and bisexual women's lives include the role of racial stereotypes about African Americans, the degree of sexism, internalized racism, and homophobia within African Americans as a group, racist and sexist barriers, and challenges from the dominant culture. These factors have contributed to the development of ethnosexual myths imposed on all people of color that contribute to the sexual identity and sexual behavior of African Americans and hence, African American lesbian and bisexual women.

Another important issue concerning internalized racism is the individual's degree of acculturation or assimilation into a dominant cultural community. African American families and communities charge that lesbianism is an acquired "white man's disease" or "Western sickness" that comes from being in too great a proximity to White people or trying to be like them. African American lesbian and bisexual women who work, live, or play in predominantly White environments may be more vulnerable to taking this challenge to the authenticity of their "Blackness" seriously. Viewing lesbianism as "White" is often connected to more pernicious beliefs a woman may harbor about herself and about other African Americans. African Americans within the United States share an inherited legacy of racial discrimination and oppression by the dominant culture. African American lesbians and bisexual women have multiple stigmatized identities and are affected by the conflation of institutional racism and sexism.