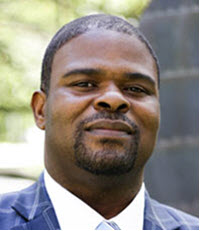 The issue of gay and lesbian legal "equality" remains unresolved and highly contested. Despite the vigorous efforts of gay and lesbian activists and theorists and the recent, apparent broadening of public support for protecting gays and lesbians in formal civil rights structures, the legal status of gay, lesbian, bisexual, and transgendered individuals remains largely unequal and unprotected. For instance, no federal court of appeals has applied heightened scrutiny when hearing sexual orientation-based equal protection claims. The first time the Supreme Court reviewed an equal protection claim brought by gays, lesbians, and bisexuals, it avoided deciding the applicability of heightened scrutiny. The extensive network of federal antidiscrimination laws does not prohibit discrimination on the basis of sexual orientation. Finally, while several states and numerous municipalities have enacted legislation prohibiting private and governmental discrimination on the basis of sexual orientation, such discrimination remains permissible in the vast majority of jurisdictions, and civil rights laws that extend coverage to gays and lesbians have faced significant, and successful, political challenges.

While the resolution of the problem of gay and lesbian inequality will ultimately turn on a host of social, legal, political, and ideological variables, this Article argues that the success or failure of efforts to achieve legal equality for gays, lesbians, bisexuals, and transgendered individuals will depend in large part on how scholars and activists in this field address questions of racial identity and racial subjugation. Commonly, these scholars and activists currently discuss race by use of analogies between "racial discrimination" and "sexual orientation discrimination," or between "people of color" and "gays and lesbians." On one level, the "comparative approach" to race and sexuality may have some validity because it can create empathy with the oppression experienced by gays and lesbians. It also might help link the question of gay rights to existing equal protection precedent and civil rights laws that emerged from a context of racial subjugation and resistance. Ultimately, however, this approach impedes the quest for gay and lesbian equality.

Specifically, the comparative approach marginalizes (or treats as nonexistent) gays and lesbians of color, leading to a narrow construction of the gay and lesbian community as largely upper-class and white. Such a comparative discussion of race and sexuality in pro-gay and lesbian discourse reflects a broader marginalization of persons of color (and women and the poor) who are excluded from essentialist queer theories and politics. Opponents of gay and lesbian equality employ a similarly narrow construction of the gay and lesbian community in political discourse and judicial opinions; scholars, activists, and jurists contest the "morality" and necessity of extending civil rights protections to gay and lesbian citizens by depicting the gay and lesbian community as largely white, privileged, and unharmed by any discrimination they face. In addition, antiracist theorists, whether avowedly heterosexist or not, help perpetuate a white-normative portrait of gay, lesbian, bisexual, and transgendered identity. These theorists invariably fail to examine the racial effects of heterosexism on people of color; they exclude gays, lesbians, bisexuals, and transgendered individuals from antiracist discourse; and they often view the inclusion of progressive gay and lesbian politics within civil rights theory as a threat to antiracism and of secondary importance to racial justice.

Thus, pro- and anti-gay discourses and antiracist theory collectively contribute to a white-normative construction of gay, lesbian, bisexual, and transgendered identity--a narrow, racialized construct that hinders gay and lesbian equality efforts. In order to counter this harmful trend, law and sexuality scholars should adopt a multidimensional lens to analyze sexual subordination claims and to portray gay and lesbian experience. A multidimensional analysis of heterosexism and homophobia--one that examines the various racial, class, gender, and other dimensions of gay, lesbian, bisexual, and transgendered identity and the diverse effects of heterosexism--can destabilize the "gay as white and privileged" stereotype and offer a more productive approach to secure gay and lesbian equality.

My argument proceeds in four parts.

Part I situates my discussion of the synergistic relationship among race, class, gender, and sexuality within a broader body of research on the "intersectionality" of systems of oppression and of identity categories. Part I then examines how my scholarship attempts to advance this literature both substantively and conceptually.

Part II expounds my claim that the comparative and essentialist treatment of race and sexuality within pro-gay and lesbian theory and politics marginalizes gay, lesbian, bisexual, and transgendered persons of color and constructs and reinforces the notion that the gay and lesbian community is uniformly white and privileged. Part II then examines how anti-gay theorists and activists deploy the "gay as white and privileged" stereotype in their arguments that gays and lesbians, as a privileged class, do not merit the protection of existing equality frameworks. Part II concludes by discussing how antiracist discourse contributes to the harmful white-normative construction of gays and lesbians through its heteronormative assumptions about both racial subordination and people of color.

Part III analyzes the emergence of the white-normative construction of gays and lesbians in equal protection doctrine. Part III then argues that jurists invoke this stereotype to justify their refusal to apply heightened scrutiny to claims of discrimination brought by gay, lesbian, bisexual, and transgendered individuals.

Part IV proposes a multidimensional framework for analyzing race within gay and lesbian equality discourse that more accurately depicts the injuries of anti-gay and lesbian discrimination and that refutes the "gay as white and privileged" stereotype. It is my hope that a multidimensional approach to the question of gay and lesbian equality--one that treats race, class, and gender as integral components of gay, lesbian, bisexual, and transgendered identities and experiences--will lead to stronger legal protection of gays and lesbians from discrimination and subordination.

The work of Audre Lorde, the late black lesbian writer, contains many important lessons for progressive theorists and activists. In an influential essay, Lorde warns critical theorists and activists not to reproduce the mechanics of oppression in their own work. Lorde has a powerful, yet seemingly obvious, message: "the master's tools will never dismantle the master's house." Contemporary gay, lesbian, bisexual, and transgendered theorists and activists can benefit from Lorde's vision, for there exists a harmful congruence of pro-gay and anti-gay discourses: both marginalize people of color and the poor and depict a gay and lesbian community privileged by race and class. Gay and lesbian essentialism, in addition to exacerbating the invisibility of the poor and people of color and leading to theories that fail to challenge their oppression, legitimizes a conservative racial discourse that seeks to deny the protections of civil rights structures to all gay, lesbian, bisexual, and transgendered people. This same discourse is invoked by jurists in equal protection litigation to justify the denial of judicial solicitude to gay and lesbian people. While heterosexism is a social evil whether endured by wealthy or poor, whites or persons of color, men, women, or transgendered people, it is imperative that pro-gay forces reconstruct their theories to counter the inaccurate racialized and classed depiction of gays and lesbians by homophobic forces. The multidimensional analysis provides a needed alternative to the current essentialism and conceptual narrowness of progressive sexual politics.

Multidimensionality examines the diverse effects of heterosexism and other forms of oppression on personal identity and well-being. It argues for the inclusion of sexual identity oppression within civil rights law, not by "comparing" heterosexism with racial subjugation, but by revealing the connections between the two modalities of oppression. With the recent growth of race critiques within queer theories, pro-gay activists now have the tools to redirect the negative path of antidiscrmination discourse. The choices they make will determine whether complex structures of oppression will be dismantled or whether civil rights law will continue to deliver a partial justice, grounded in racial, gender and class advantage and upon the silencing of women, the poor, and persons of color.