When Your Identity Is Inherently “Unprofessional”: Navigating Rules of Professional Appearance Rooted in Cisheteronormative Whiteness as Black Women and Gender Non-conforming Professionals 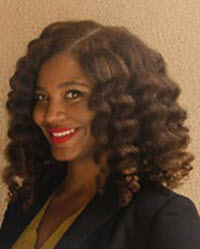 Several years ago, I attended my first large-scale career fair as a recruiter where I screened a mass of aspiring lawyers for staff attorney positions at my legal organization. During our brief break from marathon interviewing, my white colleagues shut down their tables to enjoy their downtime and as I prepared to do the same, I looked up to find a critical mass of Black women excitedly converging upon my interview station. Forming a half circle around my table, they began exclaiming how enamored they were by my appearance and how it countered much of the counseling they had received on how to appear “professional” and “look like a lawyer.” They emphatically discussed the damage and financial expense they incurred to straighten and subdue their naturally coiled, gravity defying hair to appear “polished” and “professional” for their interviews. They shared how they spent several hours in several stores seeking a skirt suit that would complement their figure, but not emphasize or unveil their curves, and were ultimately forced to splurge on a tailor to appear feminine and physically appealing without being hypersexualized, since the average suit is not designed to fit their body type. They were told to wear these skirt suits with “flesh toned” stockings and “nude” makeup for a “polished” but “professional” look, and reflected upon their frustration running up and down retail aisles seeking “flesh tones” and “nude” colors that actually matched their complexion, since the “darkest” shade of most products still only reflect the darkest tone of white or light skin. They looked at me, a visibly Black woman with brown skin, wearing bold gold earrings, a large naturally curly afro, bright colored fitted pant suit, and bare-face except for a bright red lip, and questioned whether it might be possible to enter the legal profession without having to leave elements of their Black womanhood behind. They wondered if contrary to what they had been conditioned to believe, it is in fact possible to be successful in law, and to also be yourself, when your being does not fit the prototype prescribed by cishet white male patriarchy.

Neither the hardships nor musings they shared were new to me; each experience was painfully familiar. I too had been conditioned by counselors and mentors, including well-intentioned ones of color, to contort my coils, curves and complexion to fit into spaces historically designed to exclude people like me, and even now, only occasionally allows admission on the condition that we distance ourselves from our own cultures and conform to theirs. Worse than my own firsthand experience, I've many times observed the trauma of Black women whose bodies were thicker than mine, skin was darker than mine, hair more tightly coiled than mine, cultural garb more distinct and style more flamboyant than mine be forced to contract--make themselves small--to fit into spaces too limited and restrictive to hold their greatness. What was revelatory in this conversation was that I had unintentionally become for some Black women what I too always tried to find in a sea of white faces in professional places-- someone who looks like me, and who, based on how they present themselves, are communicating that it is okay to bring all parts of my Black womanhood with me as I enter this space. I realized that I was now the person being sought instead of the seeker, and that I have a responsibility to prepare new professionals from marginalized backgrounds to navigate and challenge the often arbitrary and sometimes unspoken rules of professionalism that will likely be imposed upon them in the legal profession. More importantly, instead of conditioning marginalized people to conform, I have an obligation to use my access and positional privilege to disrupt the dominant culture that demands conformity to a status quo steeped in an ideology of white cis-heteronormativity part is paramount and this piece is part of that effort.

If we change the culture of the profession and courts from which clients, juries and the general public take cues, we can change overall perceptions of professionalism to promote more anti-oppressive policies and allow for more equitable standards and expectations of professional appearance to emerge. We must usher in this conscious change with the same force, persistence, and pervasiveness with which the oppressive practices were originally ingrained.

Shannon Cumberbatch is the founder and facilitator of Uprooted - programming committed to uprooting oppression through education and action. Shannon is also an attorney, and the Director of Equity & Institutional Transformation at The Bronx Defenders, a public defender office in the South Bronx.