Now Is the Time for Black Queer Feminist Ecology 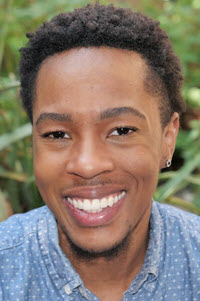 In 1982, the late Black lesbian womanist and civil rights activist Audre Lorde aptly explained that “[t]here is no such thing as a single-issue struggle, because we do not lead single-issue lives.” Yet, the law and the legal academy continue to compartmentalize the diversity of life into single-issue subject areas. Criminal Law. Labor Law. Environmental Law. Women's Rights. Critical Race Theory. Even the anthropocentric character of law encourages these silos--we humans are a part (not apart) of the ecosystems that sustain us, despite our insistence otherwise.

As a scholar-activist working within academia and the legal profession, it is often difficult to integrate my interests across disciplines. Through my scholarship and teaching, I continue to seek ways that honor a holistic view of our lived experience, that also invite us to bring our whole selves into the learning experience. For those of us who are Black and LGBTQ and operate in these spaces, we are keenly aware of the unspoken rules to mask or downplay our multidimensional identities. Only those of us who put on the most convincing performance of white, cisgender heteronormativity are granted access, which is then predicated on sustaining this masking of our identities.

When I am in de facto white spaces, there is an underlying expectation not to “rock the boat” by discussing issues of race and racism. The current sociopolitical moment that many are calling a “racial reckoning”--one in which institutions complicit in anti-Blackness, including higher education and the legal profession, have issued statements about police violence, systemic racism, and/or diversity--is an anomalous (though hopefully long-lasting) exception to the rule. I was graciously invited to contribute to this volume as an intentional space for queer voices of color. It is an opportunity I truly appreciate. Yet, being a relatively new and untenured scholar, I am mindful of my tenuous position. It circumscribes my ability to freely engage in topics of anti-Blackness and racial equity, knowing that any “boat rocking” might come at a professional cost.

Unless spaces are explicitly welcoming of LGBTQ people, there is also a presumption that one should hide queerness in order to effectively mimic how a proper scholar ox proper attorney should look, speak, and behave. I find this is also true for many Black spaces where there is an unspoken expectation to make invisible my queer identity in order to avoid “distracting” from important issues of diversity and Black inclusion--as though one can experience Blackness and queerness in divisible instances, as though each is not informed by the other, as though this is not the era of intersectionality. The issue of course, is that sexual and gender identities that are not straight and cisgender are presumed to be inherently improper for polite society.

How do these things relate to ecology, and a Black queer feminist ecology no less? First, human life depends on healthy, functioning ecosystems. Needless to say, the struggles for Black, queer, feminist or any form of liberation will be meaningless if we no longer have a habitable planet. Thus, addressing ecological crises such as climate change is essential to all sociopolitical movements and their related areas of study.

Second, it is difficult to ignore the similarities between the treatment of gendered, sexualized, racialized, and “othered” bodies--women's bodies, queer bodies, Black bodies, disabled bodies, etc.--with our treatment of nonhuman animals and the environment. Several schools of thought, including queer theory, environmental sociology, Black feminism, critical race theory, and critical legal studies have examined the ways in which systems of oppression mutually reinforce each other. As Greta Gaard explains in “Toward a Queer Ecofeminism,” the ideological framework of Western culture (including settler states like the United States) is based on “dualisms, value-hierarchical thinking, and a logic of domination” giving rise to such pairs as white/nonwhite, male/female, human/animal, heterosexual/queer, culture/nature, and so on. We organize and make sense of the world through this binary ontology: the pairings simultaneously derive meaning and value through their juxtaposition such that at first glance we immediately know where they lie along the axis of domination and subordination.

The table below demonstrates this framework in action. In looking at the partial set of dualisms, we see the “A term” is quite literally oppositional to the “B term” both spatially and ontologically (e.g., “white” as in “not Black,” “human” as in “not animal,” “civilized” as in “not primitive”), and vice versa. Because value-hierarchies are encoded in these dualisms, we also know that the “A term” is more valuable or superior to its corresponding “B term,” and that the “B term” is inherently less valuable or subordinate to the “A term.” This is true no matter the spatial arrangement: the hegemony of this ideological framework makes these dualisms seem “natural” or inevitable.

Black queer feminist ecology, in turn, builds upon these critical theories. While it critiques structures of racism, sexism, heterosexism, classism, and other forms of oppression, it envisions a world that is not organized into dualisms or hierarchies. Black queer feminist ecology asks: what if Blackness, queemess, femininity, and other “B terms” are not mere contrasts to whiteness, heterosexuality, cisgender identity, masculinity, and so on, but are instead fully articulated identities reconstructed from the violent histories of their subordination? As we reconstruct these identities, Black queer feminist ecology also asks whether we might reconstruct respectful and sustainable ways of relating to other humans, nonhumans, and the environment, such as through reciprocal relationships, which underscore the mutual caretaking obligations held between human beings and ecosystems.

In “We Need Histories of Radical Black Ecology Now,” Romy Opperman notes the need for “revolutionary political imaginaries” that “direct[] us to the embers of alternative futures that already exist in the past, in the earth, and in the Black ecologies of the present.” I believe Black queer feminist ecology is one means of achieving this, since it combines the best of Black feminist thought to allow scholars, scholaractivists, lawyers, organizers, and the rest of us to bring our multi-issue selves into the work of justice and liberation.