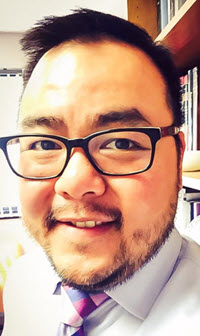 Regarding queer identities, the enduring misconceptions about sexual and gender identities underscore precisely why queer lived experiences are critically salient for understanding and remedying instances of discrimination. Without substantively acknowledging the lived experiences of discrimination, one danger is that the dominant establishment more easily retains the posture of redressing discrimination as a means for preserving a discriminatory status quo. For instance, where anti-subordination approaches might better detect and address the inequalities of a marginalized group's lived experiences than anti-classification approaches, scholars have noted that the establishment's choice to maintain anti-classification approaches allows the status quo to reify its dominant values-- especially when such formal equality treatments replicate structural hierarchies favoring the status quo. Likewise, when comparing different equality approaches used to conceptualize and redress discrimination against queer minorities, Russell Robinson and David Frost urge that “[j]udges should make decisions with a full understanding of LGBT people's lives, not just the slivers that lawyers sometimes choose to serve up to them.” Relying on a singular perspective that does not fully contextualize LGBTQ experiences could be “problematic if presented alone, because isolating one [perspective] or the other fails to represent the whole of sexual minorities' lived experiences.” Specifically, when sameness arguments are used to justify legal advancements, Robinson and Frost allude to some significant distinctions amongst LGBTQ experiences that are often obscured: “As LGBT people, we may have the same basic desires and life goals as heterosexuals and yet face unique forms of stress as we seek to achieve those goals. These barriers extend far beyond the availability of a marriage license, and courts should know that.” In this way, they observe that limited reflections of the LGBTQ experience in recent marriage cases contributed to “the judicial struggle to enforce equal protection while minimally disrupting the status quo and extricating the courts from extended structural reform.”

Without doubt, the Supreme Court's 2020 decision in Bostock v. Clayton County, Georgia illustrates this conundrum. As expected, much fanfare has trailed the Court's decision to finally settle whether Title VII's sex discrimination protections also shield individuals from sexual orientation and gender identity employment discrimination. Because employment discrimination protections have been long-sought by LGBTQ movements, the decision is enormously significant and resolves the absurdity left after Obergefell v. Hodges sexual minorities could, colloquially-speaking, “be married on a Sunday, and fired on a Monday.” Appropriately then, Bostock exists as an important companion decision alongside other major pro-LGBTQ Supreme Court decisions since Romer v. Evans.

Referencing that canon, however, we see something is amiss in Bostock. Unlike Obergefell and other prior pro-LGBTQ decisions, Justice Neil Gorsuch's textualist opinion neglects the lived experiences of discrimination instrumental for developing anti-stereotyping approaches that substantively address anti-queerness and discrimination. By comparison, in the marriage equality cases U.S. v. Windsor and Obergefell, Justice Anthony Kennedy relied on the lived experiences of same-sex couples to develop and animate his animus-dignity anti-stereotyping framework. This anti-stereotyping framework then demonstrated that legal recognition of same-sex marriages would not threaten the established institution of marriage--as traditional stereotypes had envisioned--but rather such exclusion inflicted intense societal stigma upon queer identities. Further, beyond that canon of pro- LGBTQ cases, in the decades since Price Waterhouse v. Hopkins, Title VII jurisprudence also promoted anti-stereotyping theories helpful for queer minorities--jurisprudence that Bostock could have also relied on and clarified. Thus, when Justice Gorsuch writes in Bostock that “[f]ew facts are needed to appreciate the legal question we face,” his remark is not necessarily one of inclusion, but of delicate erasure.

Lived experiences matter in redressing discrimination against queer identities. Anti-stereotyping principles have affected, and ought to continually effect, doctrine in discrimination cases premised on non-heteronormative identities--on aspects of queerness. Contemporary discrimination involves complex facets that ought to be explored and understood in context. As this Article will explore, within queer lived experiences, the dominant society has historically authored much of the categorical significances of sexualities and depended on that authorship to marginalize queer identities. Especially when conceptions of sexuality and gender identities have been previously mischaracterized in favor of heteronormative gender roles, and where the culture of marginalization for many LGBTQ individuals have involved forms of social or cultural invisibility, lived experiences of queerness are paramount for detecting discrimination, and also correcting it. Bostock's failure to highlight the biases and indignities experienced by queer minorities in employment discrimination is not a forgivable oversight collateral to the decision's sweeping textualist interpretation of Title VII sex discrimination; this neglect was the price queer minorities had to pay for Title VII protection. Ultimately, Justice Gorsuch's lack of regard in Bostock for queer lived experiences tacitly privileges heteronormative values, rather than respects queer identities enough to address the underlying gendered stereotyping concerns that animate anti-queer bias. Instead, it underscores the status quo's own interest convergence in Bostock and limits the decision's transformative potential.

Moving past this Part I Introduction, Part II will recount the historical misconceptions concerning sexualities, which the heteronormative status quo has engendered into anti-queer stereotyping bias, and have, in turn, marginalized queer identities in society and law. Part III will then illustrate the doctrinal anti-stereotyping tactics developed in canonical Supreme Court gender and sexual orientation discrimination cases that have responded to such biases to advance equality. Part IV will contrast that observation with a critical reading of Bostock that reveals how textualism accomplishes LGBTQ protections in its immediacy, but eventually preserves heteronormativity. And finally, before the Article's close, Part IV will also prescribe why and how future cases can attenuate that preservation by reviving anti-stereotyping considerations that highlight queer lived experiences of discrimination. What queering Bostock reveals is how inevitably un-queer the decision is at all. Bostock is a victory for LGBTQ individuals, but it is also a decision with serious doctrinal limitations that unavoidably preserves a discriminatory status quo.

Donald Zarda and Aimee Stephens did not live to witness the Supreme Court validate their Title VII identities. Of the three Bostock litigants, only Gerald Bostock lived to experience the arrival of the Court's ruling. During a pandemic year, where often the lived experiences of the modern workplace migrated to virtual environments out of necessity, Bostock learned of the decision while on a virtual conference call for his current occupation as a mental health counselor. He celebrated by “let[ting] out a big scream” and “hugg[ing] his partner.” Likewise, the thought of Title VII employment protections in the Court's holding should certainly give queer individuals much to cheer, knowing the post-Obergefell quandary of marriage rights without employment protections no longer endures.

Yet, the Court's tacit disinclination in Bostock to substantively examine and address what motivates anti-queer bias while the Court promoted its expansive textualist rationale is quite curious. By proceeding on that curiousness--by queering Bostock in a way--we see here that the Court's advancements are driven by status quo convictions, rather than more genuine motivations toward understanding and recognizing queer lived experiences. Bostock's validation is a mixed blessing, and much remains to be addressed beyond the Court's textualism. For a decision about work, no doubt more work ostensibly lies ahead.

Associate Professor of Law. University of Massachusetts School of Law.