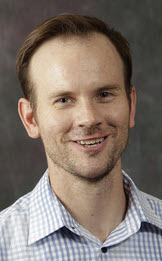 Title VII of the Civil Rights Act of 1964 has reduced employment discrimination, with successful claims offering a powerful potential remedy for plaintiffs. Lawsuits, according to recent research, can provide deterrence via increased employer awareness of misconduct and by impacting company reputation with consequences for financial well-being. Moreover, effective enforcement can reduce race and gender disparities in the company sued and in nearby companies and change employment norms. Employment discrimination persists; however, raising questions about effective enforcement of EEOC law and whether legal processes can, in and of themselves, remedy discriminatory treatment.

A constant impediment to consistent enforcement of Civil Rights protections is the ambiguity of anti-discrimination law. While discrimination in the workplace on the basis of a protected class status is formally prohibited, precisely what behavior constitutes discrimination is less clear. Judges consequently have substantial interpretational discretion as to what conduct is legal versus non-legitimate. In this article, I address this by focusing on the degree to which the race and gender of judges and local community norms shape enforcement of anti-discrimination law. I build on the recent work of Berrey et al. (2017) and Edelman (2016) in examining how social context influences the legal processes and biases they have effectively documented.

My data entail a large sample of federal EEOC cases coupled with personal data on judges and data for the community in which the case was heard. My analyses add to the existing research in at least two important regards. First, while previous research suggests that judges race and gender are relevant to employment discrimination cases, it is equally essential to recognize that judges work in local contexts--contexts (e.g., rurality, region, etc.) that may intersect with judges' own background status attributes in a way that shapes decisionmaking. Secondly, my analyses consider two novel measures of local social context--that is, citizen partisanship and rurality--that, to date, have not been incorporated into analyses of employment discrimination litigation. These two extensions are important from a general social scientific standpoint: If we are to understand law as a socially constructed institution, it is essential to examine how judges behave within local social contexts. This article does so by integrating ideas from both an institutional approach to enforcement of anti-discrimination and the court communities perspective.

My approach derives from a legal constructionist framework, as articulated by Nielsen and Nelson. A constructionist framework views the law as “a culturally and structurally imbedded social institution” in which parties continually construct and redefine legal meaning (Nielsen & Nelson, 2005; Suchman & Edelman, 1996). Such a framework contrasts with legal formalism, arguably the dominant mode of thought for judges and lawyers, which holds that to understand the law means understanding and implementing clear and unambiguous law on the books based on the facts of the case (Moran, 2010; Roberts Jr., 2005).

Under a constructionist approach, the law, including written statutes and judicial precedent, are best conceived not as dictators of the outcome of a case, but rather as guides on the breadth of discretion. After the passage of the Civil Rights Act, courts grappled with the meaning of the law, but over time, the degree of consensus rose, narrowing, the range of judicial discretion. Deeming something illegal discrimination is not a separate act from defining what illegal discrimination is. Instead, the act of deeming an act discriminatory, contributes to the definition.

A constructionist framework argues that the law arises via interactions of parties, each of whom attempts to define the law “in specific ways in specific contexts”. Discrimination is thus not a universally recognized and objective behavior but is instead subject to a shifting and continually contested definition, based on the parties and context. This is not to say the law is absent any relevant precedent or constraints on discretion. Instead, it means a definition capable of predetermining the outcome of any discrimination suit does not exist and instead, the question of what constitutes illegal discrimination varies by context and individual. Furthermore, contemporary discrimination is more subtle than the blatant discrimination of the past. Therefore, to understand the construction of any law, we much understand both the actors and the context in which they operate. In the present employment discrimination research, the relevant actor is the judge ruling in the employment discrimination case.

According to the framework described by Nielsen and Nelson, the construction of meaning when it comes to anti-discrimination law occurs in six fields: “We can think of anti-discrimination law as being produced in at least six distinct fields that are worthy of analysis in their own right. The fields include: (1) the judicial field, which consists of the federal and state courts that interpret anti-discrimination law; (2) the legislative field, which includes the United States Congress; (3) the regulatory field, including the Civil Rights Commission, the EEOC, and the Office of Federal Contract Compliance Programs (OFCCP); (4) employing organizations; (5) the academic field; and (6) politics and public attitudes” (Nielsen & Nelson, 2005).

This paper is prompted in part by Nielsen and Nelson's argument that while studying individual fields is important, a full understanding of employment discrimination requires studying the areas where fields come together. This is where they begin to reciprocally shape each other (Nielsen & Nelson, 2005). Such an insight is core to my analyses and reflects an important extension to prior research surrounding employment discrimination.

This research demonstrates that the process of defining employment discrimination in the courtroom is shaped by judicial and social context. While prior research already suggested that the background attributes of judges influences decision, there has been less attention to local conditions. Furthermore, insufficient attention has been paid to determining how local context interacts with judicial identity to shape case outcomes. Doing so, as my analyses have, contributes to our understanding of the law as a socially constructed phenomenon, with decisionmaking being shaped by the context within which judge's reside. This contributes to our understanding our how the definition of employment discrimination is continually redefined, particularly in ways that reflect local normative conditions.

Additionally, this research shows that social context affects judge's handling race discrimination cases differently than is does judges in gender cases. This makes initial sense, as normative standards regarding race and sex do not have to be identical in one space. Furthermore, a conservative environment regarding sex needed not be as defendant friendly as a conservative environment regarding race. Planned future research will examine race and gender cases separately, introducing more refined analysis of social contexts relevant to the type of case. For example, racial density measures would be relevant for race cases, while the percentage of women head of households might be relevant to sex discrimination cases.

My research raises additional questions for future research. The foregoing assumes that the strength of cases is consistent across regions. However, it is reasonable to ask if the cases the EEOC deem worthy of filing varies by region. Government attorneys want to spend public resources on winning cases. Therefore, if EEOC attorneys are aware that race cases in the south need to be stronger to win, they may only file strong cases. Objectively, the cases filed in the south may be stronger than those filed in other regions. Therefore, a southern effect may exist, but its influence is exerted at the case filing level. The presence of the southern and judge race interaction effect lends some support to this speculation, as the EEOC cannot know the judge's race before a case is filed, but they can know the region. If the south as a whole were less plaintiff friendly in race cases, owing to the White judges alone, we would see no effect of the southern variable. However, the judge race and southern interaction could indicate that Black judges are reacting to the strong races cases filed in the south, while biased White judges in the south do not see the same cases as strong.

Ultimately, an in-depth qualitative study of the inner workings of various EEOC offices could lend insight into this question. Beyond the matter of case strength in the south versus outside, regional EEOC offices have different leaders, who may otherwise utilize different methods for determining which cases to file. For example, offices may prioritize particular types of allegations or may perceive greater support based on different types of evidence presented. Quantitative study alone would be insufficient to sort out the complicated decisionmaking that leads from a complaint being filed with the EEOC to the EEOC filing a lawsuit in federal court.

Future research should also examine whether unequal application of federal law across regions results in different levels of racial and gender inequality across those regions. By doing so, researchers will help identify why inequality and discrimination in employment still exist in varied levels throughout the country. The effect of local social context is especially important in the context of EEOC law, as Congress was attempting to remedy local conditions via federal laws. If the law's power to enact social change and reduce racial and gender inequality in the workplace is dependent on plaintiffs winning cases, then inconsistent application of the law means inconsistent change.

It should be noted that absent qualitative analysis, it is difficult to discern if the effect measured is one of more liberal v conservative constructions of anti-discrimination law or if it is instead a generalized bias in favor of or against the parties. Furthermore, as has been noted above, the computational power of these models is severely limited by the underrepresentation of people of color on the federal bench.