The N-word at Work Is Discrimination Akin to a Demotion 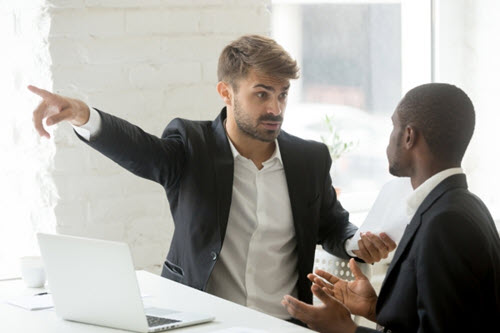 Given its violent historical context and the associated trauma to recipients, exposure to the N- *25 word in the workplace is akin to a demotion and can constitute an adverse employment action.

A. The N-Word Is a Badge of Slavery that Deconstructs and Diminishes African American Workers.

The slur “Nigger” is especially poignant at work because it denies the humanity of Black people - let alone Black excellence, intelligence, and competence. African Americans subjected to the slur have been stereotyped as “emotionally shallow, simple-minded, sexually licentious, and prone to laziness.” Adam M. Croom, How to Do Things With Slurs: Studies in the Way of Derogatory Words, 33 Language & Communication 177, 189 (2013). One scholar charts the properties that the word seeks to convey; a “Nigger” is: 1) African American; 2) prone to laziness; 3) subservient; 4) the recipient of poor treatment; 5) athletic and musical; 6) sexually liberal or licentious; 7) simple-minded; 8) a survivor, tough, impervious to pain, or prone to violence; 9) loud and excessively noisy. Id. at 199. Nearly all of these assigned properties of the N-word inform the construction of African Americans as workers or professionals, inherently shaping perceptions of Black employees, and reducing one's perceived merit, collegiality, work product, output, behavior, and worth. Id. Historian Strouder-Prior asserts that the N-word is an idea disguised as a word that conveys that African Americans are intellectually and biologically inferior. She *26 concludes that just uttering the word irreparably poisons the workplace. Strouder-Prior, supra, TEDx presentation.

B. Use of the N-Word Effectively Creates a Workplace Demotion.

When the N-word is used at work, it not only causes severe psychic trauma, but also primes employment decision makers towards anti-Black animus. This further diminishes opportunities for economic and career advancement, and constructively demotes Black workers.

Social psychologists Greenberg and Pyszczynski conducted a series of experiments that quantified the N-word's devaluation of Black employees among colleagues and peers. One experiment assessed the effect of hearing the word “Nigger” on those rendering evaluations of a targeted minority group member. Jeff Greenberg & Tom Pyszczynski, The Effect of an Overheard Ethnic Slur on Evaluations of the Target: How to Spread a Social Disease, 21 J. Experimental Social Psy. 61 (1985). The experiment was set up as follows: There were groups of six to eight participants, two or four of whom were white subjects, and four of whom were study team members embedded in the experiment to help conduct it. Participants were told they were there to evaluate debating skills. Two of the study team members, one of whom was Black, were always picked to engage in the debate that the others were *27 to evaluate. The Black debater either won or lost the debate. After the debate, one of the embedded non-debater study team members criticized the Black debater in a manner that either did or did not involve the slur “Nigger.” Id. at 61, 65-67. The study revealed that when the Black debater lost the debate, the ethnic slur also led to substantially lower evaluations of his skill. Id. at 69-70

28 Neuroscientific studies show that this peer devaluation effect also extends to evaluations of persons associated with the target of the racial slur. For example, in one study, participants, including an embedded non-participant posing as one, read a trial transcript and were asked for verdicts and attorney and defendant evaluations. Shari L. Kirkland, The Effect of an Overheard Ethnic Slur on Defense Attorney Evaluations and Verdicts in a Mock Trial Situation 16 (1985) (M.A. thesis, University of Arizona). The participants were informed that the defendant was white, and that the defense attorney was either Black or white. Id. at 16-17. When the defense attorney was Black, the embedded participant either made no comment, a non-racial derogatory comment, or a derogatory comment that referred to the defense attorney as “Nigger.” Id. at 19. The use of the slur “Nigger” led to the devaluation of the defense attorney, thus replicating the effect found by Greenberg and Pyszczynski in a different setting. Id. at 30. In addition, participants offered especially negative evaluations and harsh verdicts for the white defendant when they were told he was defended by the Black lawyer who was the target of the N-word. Id.

These studies empirically demonstrate the devaluation of performance and output caused by use of the N-word. In the workplace, its use reduces Black workers' economic and social mobility. Its presence constructively demotes Black workers and, thereby, fundamentally changes the terms and conditions of employment. Even a single display is so violent and so limiting of opportunities that it must be assessed by a fact finder on the merits as a potential violation of Title VII.