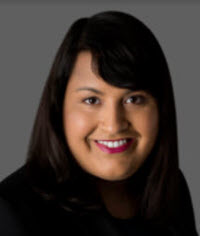 In recent years, we have witnessed the “transnational dimensions of even domestic racial subordination.” Protests against anti-Black racism and police violence in the United States have reverberated around the globe. In the face of domestic resistance, activists turned to the United Nations Human Rights Council and other international bodies to seek justice and hold the state accountable for racial violence. U.S. racial justice activists explicitly aligned the Black Lives Matter movement with other racialized and marginalized groups in the United States and around the world, including Palestinians. Black migrants stranded in Tijuana, Mexico waiting to seek asylum in the United States adopted the language “No puedo respirar” (“I can't breathe”), situating their struggle within the same racial logics oppressing Black Americans. This renewed solidarity across movements and borders underscores the importance of transnational understandings of racial justice. This is particularly true in the current moment, in which global crises such as migration and climate change are laying bare the persistent impacts of structural racism and colonial subordination around the world.

In this Essay, I argue that Critical Race Theory (CRT)--specifically its race-centered lens--offers valuable analytical insights not only in the U.S. legal context, but also for practitioners and scholars working on human rights issues across borders, including migration. To start, I draw from the scholarship produced at a series of landmark convenings on CRT, Third World Approaches to International Law (TWAIL), and human rights, held at UCLA School of Law in 2019 and 2020, to illustrate how a TWAIL-CRT lens can be applied to uncover the racial and colonial logics that pervade international law and its application. Next, I trace the overlap between CRT and TWAIL, and highlight important analytical insights they offer each other. Finally, I use this lens to explore my own research on Haitian migration through the Western Hemisphere, illustrating what it can look like when human rights practitioners and scholars center race, and its connection with empire, in their work.

In this Essay, drawing on my own experience, I have attempted to illustrate what it can look like for human rights practitioners and scholars to draw from CRT and TWAIL in their work. The recent landmark TWAIL-CRT convenings at UCLA School of Law generated new ways of thinking about the analytical tools that CRT and TWAIL offer and, when combined, what they illuminate about the relationship between race and empire. It is my hope that, by joining forces, CRT, TWAIL, and human rights scholars can better withstand attacks, seize law's emancipatory potential, and build a shared vision of a more equitable and racially just future.

S. Priya Morley is the Racial Justice Policy Counsel at the Promise Institute for Human Rights at UCLA School of Law, where she provides leadership on academic, advocacy, and policy initiatives at the intersection of racial justice and human rights.