Race, Law, and Health Disparities: Toward a Critical Race Intervention

Racial disparities in health in the United States are a major public health concern. Minority groups continue to live sicker and die younger (Natl. Cent. Health Stat. 2016). By the year 2060, the US population is projected to be majority minority, with approximately 56% belonging to a racial or ethnic minority group. This

changing demography underscores the critical importance and urgency of addressing health disparities. As such, national health priorities put forth by the US Department of Health and Human Service's Office of Disease Prevention and Health Promotion have set reducing and eliminating health disparities as a top priority. Over the past 30 years, the Healthy People reports have created 10-year strategic plans for improving population health that include key objectives to reduce and eliminate racial disparities.

However, research consistently shows that little progress has been made toward reducing these differences in health outcomes, even as progress has been made in overall improvement for many of the leading health indicators. A report summarizing progress toward the 2010 Healthy People goals found that overall, across all of the five major racial/ethnic populations, 62-70% of objectives were achieved, and only 11 objectives showed no improvement at all. However, comparisons of health differences between racial/ethnic groups revealed that disparities remain: American Indians, Alaska Natives, Hispanics, and blacks had disparities amounting to 10% or greater for approximately 68% of the 111 Healthy People objectives assessed. Furthermore, the majority of these health disparities had not changed or had increased in magnitude compared with their baseline levels (Keppel 2007, Natl. Cent. Health Stat. 2012). This evidence suggests that the overall reduction of disease rates and adverse health outcomes does not correspond to fewer group-based racial disparities. This implies a need for new methods and frameworks to better understand the causes and factors that contribute to these disparities' persistence.

Steps are being taken to critically rethink how we understand and intervene in the underlying causes of racial differences in health. This can be seen in the most recent Healthy People 2020 report, which explicitly stated a commitment to achieving health equity in addition to eliminating health disparities. Health equity, as 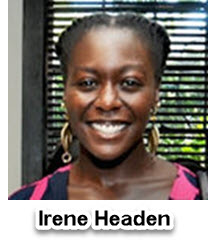 defined in this report, emphasizes the importance of understanding and addressing avoidable inequalities as well as appreciating how historical and contemporary injustices shape the unequal distribution of health and health resources across different populations (Secr. Advis. Comm. Natl. Health Promot. Dis. Prev. Object. 2020 2008). This acknowledges existing research showing that unequal distributions of resources and access to opportunity for key demographic groups are rooted in sociopolitical processes that individuals may have little control over. As such, it is the factors that are intertwined in these social, political, and economic processes that must be studied and addressed to move toward eliminating health disparities and achieving health equity.

In this regard, discussions of relevant frameworks from which to study and disrupt racial disparities in health have emerged (Diez Roux 2012). These frameworks are wide-ranging in their conceptualization of factors driving and perpetuating health disparities among racial groups (Diez Roux 2012). Whereas some focus on the interpersonal and contextual factors underlying these disparities, others continue to attribute the persistence of racial disparities in health to intrinsic differences in racial populations. From this perspective, racial minorities continue to fare worse than whites despite increasing attention and resources because minorities are thought to have biological and genetic differences that predispose them to worse health outcomes (Wade 2014). This resurging notion of biological race as an explanatory factor in health disparities is a troubling development. It attempts to place the emphasis on group differences rather than the social, economic, and political factors that lead racial groups to be treated differently and have unequal access to *315 resources that affect health. Nevertheless, as new measurements and technologies become increasingly capable of pinning disparities on molecular variations, such biological explanations endure at the very historical moment that biological understandings of racial difference were thought to no longer be credible (Obasogie 2012). 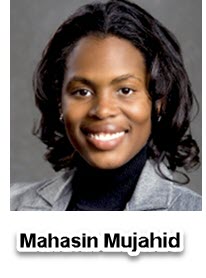 Thus, ensuring that appropriate frameworks for studying and addressing health disparities are in place is necessary to reduce the number of individuals exposed to the inequitable conditions that result in uneven access to health resources and produce adverse health outcomes. This review offers a selective assessment of the literature on racial disparities in disease morbidity and mortality, focusing on black/white differences over various developmental stages of the life course. We then describe the major conceptual frameworks used to guide health disparities research and argue for the inclusion and wider use of critical race theory (CRT) as a framework to achieve health equity. CRT, an approach initially developed in legal academia, offers important insights for thinking about ongoing racial disparities in light of repeated attempts at health equity. We conclude with examples of research that aligns with aspects of CRT that can be leveraged in future studies to pursue a more complete and integrated critical race approach to health disparities research. We also discuss additional directions for future study.