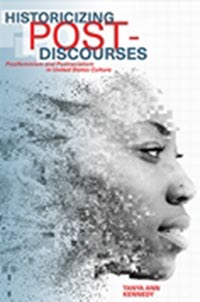 In this Article, I argue that critical race feminism provides a lens for dismantling the current system of U.S. laws that regulate labor and reproduction, a set of laws that are often represented as unrelated race- and gender-neutral public policies in legal decisions and in dominant media. Critical race feminism challenges this framing of the relation between public policy, power, and identity through the mechanism of counter-narrative. Following other feminist theorists that conceptualize the law as archive, I show how contemporary feminists have developed an anti-archive of counter-narrative that generates alternative models for linking bodily integrity and social welfare. To demonstrate the usefulness of this anti-archive to legal studies, I examine the dominant discourse found in two case studies to show how feminist counter-narratives challenge this discourse: the Supreme Court case Buck v. Bell (1927) and current attempts by victims of forced sterilization to claim reparations in Virginia and North Carolina; and Harris v. Quinn (2014), a case in which the Supreme Court decided that care attendants in the home, supported by Medicaid funds, could not be compelled to pay union dues. Feminist counter-narratives allow for links between the cases, demonstrating that these public policies take form as part of institutional oppression that targets low-income women, especially women of color.

In the 1980s, a scholar activist movement of students and faculty of color developed a set of methods and frameworks in legal studies known as critical race theory (CRT), an "articulation of racial power, one that eschewed the reigning frames that worked to reduce racism to matters of individual prejudice or a by-product of class." Recognizing the failure of liberal reform to "address the institutional, structural and ideological reproduction of racial hierarchy," critical race theory "questions the very foundations of the liberal order, including equality theory, legal reasoning, Enlightenment rationalism, and neutral principles of constitutional law." Critical race theory has been instrumental in demonstrating how "neutral" institutions of the state reproduce racial hierarchy--in ideologies of color blindness, in adherence to individualism, and in the production and reproduction of identity as hierarchy through a narrow assimilationist logics-- and contesting these institutions.

In 1989 and 1991, Kimberlé Crenshaw, a founding CRT theorist and a co-founder and Executive Director of the African American Policy Forum, published two articles introducing intersectionality as a conceptual method for refraining antidiscrimination law, feminist theory and activism, and Black studies and the Civil Rights Movement to address Black women's structural, political, and representational oppression. She demonstrated that in every site of institutional and social power, the experiences and voices of Black women are marginalized by the dominant frame that uses single-axis conceptions of identity to understand constructions of social reality. Crenshaw argues that Black women's discrimination claims cannot be addressed within preexisting legal constructs: "problems of exclusion cannot be solved simply by including Black women within an already established analytical structure." Thus, her work extends CRT's critique of assimilationist reform as a means of creating substantive transformation of state and social institutions and instead focuses on the reconceptualization of dominant paradigms used to regulate and represent identity. Cho, Crenshaw, and McCall argue that

In her early theorizations of intersectionality, Crenshaw also focuses on its roots in Black feminist social activism stretching back to the abolitionist and women's rights struggles of the nineteenth century, demonstrating that intersectionality is a Black feminist way of knowing developed in Black feminist social movements and in coalitional work with others such as Black men, other women of color, and white feminists. Crenshaw's work itself can be categorized as part of "an evolving tradition" of women of color legal scholarship that Adrien Katherine Wing identified as "Critical Race Feminism." Several key components of Crenshaw's theorizations and, more broadly, of critical race feminist work are often omitted when put into social movement and institutional practice or when appropriated across different fields of research. However, it is not my purpose here to examine either the critiques of intersectionality and critical race feminism, or the use and misuses of intersectionality across disciplines and in contemporary feminist scholarship and activism. Instead, in Part I, I introduce the methods in critical race feminism that allow feminist theorists to challenge prima facie neutral laws of gender and race and demonstrate that they form a network of laws and public policies targeting low-income, predominantly women of color.

Journalist Liza Featherstone puts it this way: feminism needs to be concerned with those "whose bodies prevent them from creating profits for capital" because the contempt with which they are treated shows us that we are all disposable. This requires struggling against feminist historical collusion with capitalist eugenic framing of the body, including forced sterilization, and the use of state systems to exploit the care of women of color.

Ann Kennedy is a Professor of Women's and Gender Studies and First-Year Writing at University of Maine--Farmington. She is the author of Historicizing Post-Discourses: Postfeminism and Postracialism in United States Culture (SUNY Press 2017)