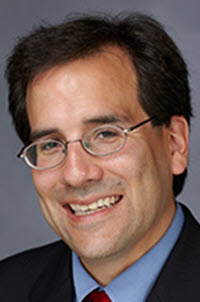 In mid-1993, a group of concerned California residents were fed up. They were tired of the “illegal aliens” whom they blamed for sapping the state's resources. These “aliens” were everywhere: crowding their children out of public schools, crowding welfare offices, and crowding the emergency rooms of hospitals. To attack these problems, these angry residents formed a political movement. They saw themselves as the last hope for California, economically battered and bleeding from tax revolts, race revolts, natural disasters, and the crash of the defense industry. Accordingly, they gave their group a bold name: the “Save Our State” (SOS) movement. Their movement placed Proposition 187 on the November 1994 California ballot -- a proposal to deny undocumented immigrants the few public benefits to which they are legally entitled. The central question of this Comment is whether Proposition 187 is an attempt to save state resources or an attempt to save the state's racial identity from becoming increasingly nonwhite

Immigration law and politics have been historically intertwined with racial prejudice. Many of those who have called for immigration restrictions have also sought an end to the racial and cultural diversity brought by immigrants. With the end of legally sanctioned race discrimination in the 1960s, immigration rhetoric has lost some of its overt racist overtones. However, in the 1990s, many politicians and lawmakers have emphasized the difference between “legal” and “illegal” immigration. This change begs a central question: Have the racist motivations of past immigration law and policy been completely displaced by a concern for law and order? This Comment argues that immigration law and policy continue to be at least partially motivated by a drive for cultural and racial homogeneity.

This Comment uses Critical Race Theory as a vehicle to explore the racial underpinnings of immigration law and policy. Critical Race Theory is a theoretical framework that explores the ways that purportedly race-neutral laws and policies perpetuate racial subordination. The repeated assertions that anti-immigration measures are not racially motivated make immigration law and policy a unique candidate for analysis through a Critical Race lens. This Comment will focus on Proposition 187, the November 1994 California ballot initiative passed by the voters which, if declared constitutional by the courts, would deny education and numerous social services to undocumented immigrants. This Comment argues that Proposition 187 was not passed to punish undocumented immigrants, nor out of a wish to return to the “rule of law,” as many of its proponents argued. Rather, it was propelled by fears of the increasing racial diversity of California and the United States. In this way, Proposition 187 is consistent with the racism underlying the history of United States immigration law and policy.

Part IV unmasks the contemporary racialization of Proposition 187. Politicians have used anti-immigrant rhetoric to mobilize white voters who feel that immigrants are “taking jobs” from them. Intragroup tensions are also exacerbated by pitting racially and economically subordinated groups against one another in a competition for scarce resources. Latino citizens are viewed by many as having a lesser claim to membership in the American community because the stereotypical undocumented immigrant is Latino or Latina. Thus, many view Latinos as not belonging in the United States because of the immigrant history of their ancestors. Measures such as Proposition 187 stigmatize Latinos regardless of their immigration status. This stigma results from the ways that Latino immigrant history has been criminalized, through the prevalent “illegal alien” rhetoric. In addition, this Comment attempts to explain why anti-immigrant measures enjoy support from economically subordinated minority citizens, and even from Latinos themselves.

Part VI concludes with a call for Latinos and Latinas to reject the politics of immigrant bashing because of its harmful effects on the entire community.

The campaign to defeat Proposition 187 signals the realization by Latinos that discrimination against undocumented immigrants harms the entire community. The campaign in favor of Proposition 187 suggests that there is something offensive about Latino and Latina culture to many of those who supported the initiative. Many see the Latino and Latina immigrant history as “illegal” and therefore illegitimate, even when compared with the historical illegalities of white immigrant history. The limited Latino support for Proposition 187 may be an attempt to put distance between themselves and their delegitimated immigrant history. Further, it represents a sort of “passing” as white, since citizenship has been reserved for whites both historically, and stereotypically. Measures such as Propostion 187 question the very basis for their citizenship, as evidenced in the proposals to deny citizenship to the descendants of the undocumented. In this way, citizenship has different value depending on the national origin of one's descendants.

When viewed in the historical context that Critical Race Theory supports, Proposition 187 is an attempt to further criminalize people of color, suppress their culture, and divide them along class and racial lines. Indeed, one need only look at the racial overtones in recent immigration rhetoric to realize that the debate is about more than preserving government resources. Once courts begin to view discrimination against aliens as a proxy for race discrimination, racially-charged measures such as Proposition 187 should not survive close judicial scrutiny. Due to the increased potential for arbitrary discrimination, immigrant-bashing adversely affects Latinos regardless of immigration status. Thus, Latinos and Latinas should reject the internalized hierarchies of race and citizenship status, and recognize the connection they share with the undocumented.