Dissolving the Sameness/Difference Debate: A Post-modern Path Beyond Essentialism in Feminist and Critical Race Theory

[The negro] is too radically different from the white man in his mental and emotional structure ever to be more than a spurious and uneasy imitation of him, if he persists in following this direction. His soul contains riches which can come to fruition only if he retains intact the full spate of his emotional awareness, and uses unswervingly the artistic endowments which nature has given him.  Paul Robeson

I have no wish to be the victim of the Fraud of a black world. My life should not be devoted to drawing up the balance sheet of Negro values. There is no white world, there is no white ethic, any more than there is a white intelligence. Franz Fanon 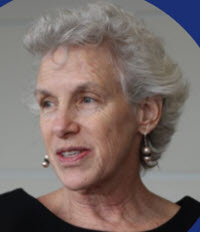 Are African-Americans basically the same or basically different from European-Americans? Are women basically the same or basically different from men? This Essay examines two controversies in an attempt to move beyond the parallel debates over sameness and difference that have split feminists and African-Americans for much of this century. The first is the controversy among feminists precipitated by the testimony of Rosalind Rosenberg on behalf of Sears in the case of Equal Employment Opportunity Commission v. Sears, Roebuck & Co. The second is the controversy among African-American law professors precipitated by Harvard law professor Randall Kennedy's critique of the body of work by minority scholars that posits a different minority perspective. Both controversies have generated tremendous depth of feeling. Rosenberg's testimony severely strained her relationships within the community of historians, of which she had long been an accepted member. One historian accused her of a “betrayal”; another spoke of the incident as a tragedy. “It causes me considerable pain to have so many people feeling that what I did was not in women's interest,” said Rosenberg. “I've spent my whole career as a feminist and as a woman's historian.” Kennedy, like Rosenberg, was immediately embroiled in controversy. Kennedy noted in his article that some minority scholars had urged him to refrain from publishing the piece. After publication, Kennedy and the scholars he had criticized faced off in highly charged and deeply felt exchanges.

What is going on here? At the simplest level, the attention of conscientious and talented outsider and feminist scholars is being diverted away from the issues of sexim and racism into bitter fights among themselves. Although these scholars' motivations have been challenged, I take no position on the various charges of greed and ambition. Instead, I explore an alternative interpretation: that these are mirror-image controversies over sameness and difference. Rosenberg argued that women are different from men because she felt that treating them the same would ultimately redound to their detriment. Kennedy argued that blacks are basically the same as whites because he feared that treating them differently would reinforce stereotypes. My reading of these controversies is that Rosenberg and Kennedy are caught on opposite horns of the “difference dilemma.” As Martha Minow has noted, people who are different can be disadvantaged by treating them the same as others in contexts where they cannot live up to the accepted norm, as when a person in a wheelchair is treated as if she could walk. But they can also be disadvantaged if they are treated as different in a way that reinforces traditional stereotypes. Rosenberg has expressed the first concern; Kennedy, the second.

A close analysis of these controversies offers insights into a pernicious dynamic beneath sameness/difference debates. How do scholars whose goal is to highlight the deep structural factors that systematically disadvantage women and minorities get side-tracked into controversies over sameness and difference? What is it about the “sameness/difference” framework that causes scholars concerned with racial and gender injustice to turn that concern into arguments that the relative absence of women and minorities in desirable jobs results not from discrimination but from the “choice” or the failings of women and minorities themselves? What is the dynamic by which the sameness/difference approach causes advocacy of structural change to degenerate into a “blame the victim” argument that reinforces the status quo? These questions are discussed in Section II.

Section III examines how we can reformulate sameness and difference arguments to capture their potential for transformation while avoiding their potential vulnerabilities. To do so, we must reformulate both sameness and difference along the lines suggested by the strain of post-modern theory that celebrates the inevitability of different perspectives rather than mourning the loss of a single, absolute truth. This approach helps reformulate sameness based on the insight that no two people are truly “the same” in the sense of being identical. Instead, sameness rhetoric signals a societal choice to ignore a whole series of differences for strategic reasons. Claims of sameness are not mere assertions of pre-existing similarity; they are a way of carrying on discussions about social ethics.

A post-modern approach also offers a reformulation of difference that avoids essentialism by focusing on the multiple viewpoints available to any one individual. Post-modernism offers a description of difference in which the notion of a stable set of “essential” differences between men and women, European- and African-Americans—or, indeed, between any two groups—disappears.

Once sameness and difference are reformulated in this way, sameness dissolves into difference and vice versa. Both approaches can be seen as confusing ways of encoding discussions about which differences should matter in which contexts. Post-modern reformulations of sameness and difference can transform the controversy over whether blacks and whites, men and women are “essentially” the same, into quite a different set of debates. The first centers around how to proceed in the face of a standard loaded against outsiders: If a frontal attack on “male” or “white” standards is impractical, should outsiders ask for “special” treatment, or should they avoid doing so? A second source of disagreement is over divergent descriptions of difference. One need not adopt the essentialist notion that gender, or race, or some other single quality defines “the” one stable category of difference to acknowledge the existence of shared patterns of experience (often linked to oppression). Yet we need to describe difference in ways that avoid essentialism and stereo- types. I argue that outsider jurisprudence and feminist narratives have far greater potential for offering trenchant and socially useful descriptions of difference than do those of relational feminists.

A post-modern approach to the debate ultimately dissolves the traditional dichotomy between sameness and difference. Sameness claims are best viewed as policy arguments about which categories applicable to a given individual ought to matter in a specific context. This revamping of the sameness argument makes it easier to link assertions about sameness with the need for transformation. If I cannot be “the same” in a context in which equality depends on sameness, this means that the “neutral” standard that I cannot live up to is not, in fact, neutral.

Post-modern difference also begins from the notion that a myriad of possible categories are applicable to any individual. Assertions about difference are arguments that a given category—sex, race, class, etc.—is likely to yield powerful interpretive results in a particular context. The categories that crystallize power relations in America (race, sex, class) will often prove indispensable to analysis of sameness. This is not to say, though, that any category will always prove important, or even relevant. Women do not always react as women; sometimes they react as Democrats, lesbians, bigots, or blacks. This formulation of difference shows that any assertion of a unified outlook entails an interpretive decision to reify gender, or race, or some other characteristic, to assert that the particular characteristic always overrides all other possible characteristics in importance. Without a biological link to render such an interpretive decision “objective,” this approach will normally prove repressive of the complex and changing forces that shape individuals.

This analysis helps us to understand that sameness and difference are not arguments about the essential nature of human beings. Instead, they are questions that stem from the fact that “neutral” standards systematically disadvantage outsiders: The “ideal worker” standard disadvantages women; conventional notions of merit disadvantage African-Americans; and both institutions and physical structures disadvantage the disabled.

If we insist on changing these standards, the need for outsiders to claim sameness or difference will disappear. Once the standard is designed with them in mind, they will simply meet it. Unfortunately, this solution is tidy in theory but difficult in practice, as Martha Minow's work has explored in such eloquence and depth. Until we can teach the whole class sign-language, the difference dilemma will persist.

Although we will not soon escape the difference dilemma, we can try to avoid diverting our energy into arguments amongst ourselves over whether outsiders are “really” the same or “really” different. Reformulating sameness and difference along post-modern lines largely dissolves the divergence between these two positions. Such reformulations can help refocus our attention onto two topics of abiding concern. The first is how to describe differences between outsiders and the mainstream in ways that do not reinforce stereotypes. The second is to forge working agreements on the most effective strategies to pursue in the face of the supposedly “neutral” standards of a tradition that disinherits us.