Critical Race Theory as Praxis: A View from Outside the Outside

Excerpted From: Raneta J. Lawson, Critical Race Theory as Praxis: a View from Outside the Outside, 38 Howard Law Journal 353 (Spring 1995) (85 Footnotes) (Full Document) 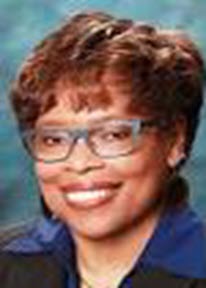 As my thoughts turn to critical race theory as praxis, in addition to the imaginary exchange I might have with my grandmother, I am reminded of two actual colloquies that further illuminate my reflections. One such dialogue took place at the 1993 Annual Meeting of the Association of American Law Schools (“AALS”). At the conclusion of a panel presentation entitled, Who Speaks for People of Color? Authenticity, Essentialism, Representation and Legal Scholarship , several audience members raised the issue of substantive progress for people of color or, more appropriately, the lack thereof. Essentially, those brave souls dared articulate the notion that the scholars of color on the panel were voicing concerns that were identical to those that were expressed by scholars of color over a decade ago at an AALS meeting. The principal difference between this panel discussion and past presentations was, according to one audience member, the frequent use of polysyllables at this gathering.

The second dialogue of which I am reminded occurred nearly a decade ago. As an undergraduate student, at the University of Toledo, I excelled academically and was invited to participate in the annual honors awards ceremony at the end of the academic year. The ceremony was a university event, and therefore all faculty and students were invited to observe. I asked a friend who had not been invited to participate in the ceremony if he nevertheless planned to attend. He replied, “No, it's just a bunch of smart people patting each other on the back for being smart.”

This article has articulated the functional evolution of critical race theory. While the categories developed here are not exhaustive and may be subject to significant overlap, they lend insight into the past

and direction for the future of critical race theory as praxis. As I reflect upon the need to broaden the audience base, I am reminded of a master of marketing ideals to diverse audiences, the late Justice Thurgood Marshall. When asked by journalists why he was retiring from the Supreme Court, Justice Marshall replied simply, “I'm old. I'm getting old and falling apart.” With that statement, as he had done throughout his illustrious career, Justice Marshall crafted a message that was simple, yet responsive and rich with complexity. To those who knew of his tireless efforts to attain racial justice, this concise message conveyed the sense that a great warrior was retiring his sword and shield. Ideally, the continued functional evolution of critical race theory will yield a similar legacy of simultaneous simplicity, richness, and complexity.