Changing the Rules: Some Preliminary Thoughts on Doctrinal Reform, Indeterminacy, and Whiteness 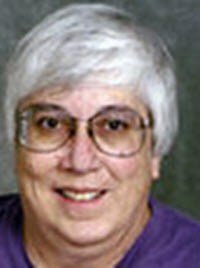 In each of the past three years I have published a law review article proposing a fundamental change in some aspect of race discrimination doctrine. These articles are congruent with some aspects of Critical Race Theory, in that they describe existing doctrine as deeply (though perhaps unconsciously) racist, they adopt radical racial redistribution as the benchmark for adequate doctrine, and they advocate race-conscious means of achieving racial justice. At the same time, my work has been classified as part of an emerging literature labeled Critical White Studies, because I locate these projects of doctrinal reform within the larger context of a search for an antiracist white self-identity. Each of these taxonomic characterizations carries with it an implicit theoretical challenge, to which this essay attempts to respond.

Proposals for doctrinal reform are a prominent feature of the Critical Race literature. Indeed, this aspect of Critical Race scholarship might seem unremarkable from a mainstream perspective, given that arguments for change in legal doctrine are the bread and butter of law review publications generally. The inherently conservative nature of legal scholarship, combined with the relative youth of the Critical Race Theory movement, might lead one to expect to see only modest departures from familiar formats even, or perhaps especially, in the context of radical proposals for substantive change.

However, viewed from the perspective of Critical Theory in general, the propensity of Critical Race scholars to engage in doctrinal reconstruction is quite remarkable. The contrast with Critical Legal Studies (“CLS”), often regarded as having provided a point of departure for Critical Race Theory (“CRT”), is most vivid. CLS is characterized, if not defined, by its emphasis on deconstructing legal doctrines and accompanying distrust of any reconstructive or reform effort. In this respect, the agenda of CRT seems diametrically opposed to that of Critical Legal Studies.

Many commentators describe CLS as seeking to demonstrate that law is not distinct from politics. One key step in this analysis is the indeterminacy thesis: the contention that legal language does not determine legal outcomes. If legal rules do not constrain decisionmakers, Critical Legal scholars argue, legal outcomes must be attributed to causes other than formal doctrines. CLS scholars ultimately identify maintenance of the status quo as the driving force behind law's operation. Accordng to one CLS conference statement, the objective of CLS is “to explore the manner in which legal doctrine and legal education and the practices of legal institutions work to buttress and support a pervasive system of oppressive, inegalitarian relations.” The indeterminacy Critical Legal scholars find in legal doctrine provides the means by which even ostensibly justice-producing doctrines can be deployed in practice to support the existing social matrix.

Clearly, a concern with “oppressive, inegalitarian relations” is equally a hallmark of Critical Race Theory. However, CRT's willingness to engage in doctrinal reform suggests that this school of Critical thought may have greater confidence in the efficacy of legal rules than would be dictated by the indeterminacy thesis of CLS. One explanation for the difference can be found in the social experience of people of color, as described in the minority criticisms of the CLS critique of rights. However, as Professor Angela Harris describes, there is more to this phenomenon than simple faith in legal remedies. On this question I can speak only for myself, and I must acknowledge that I find a resonant “truth” in CLS's concern with the manipulability of legal doctrine, and do not think that I can or should avoid confronting the indeterminacy thesis.

I believe that there is another way to think about doctrinal reform proposals, one that does not require wholesale rejection of the indeterminacy thesis.

In Part I of this essay I suggest that legal doctrine can be understood as a sort of promise made by the privileged to the disadvantaged members of society. Doctrines constrain decisionmakers in much the same way that gratuitous promises constrain: by the weight of moral force and expectation. Thus, though the indeterminacy thesis is correct to the extent that it claims legal outcomes are ultimately the product of forces other than doctrinal language per se, it does not follow that doctrinal reform proposals are empty, as many Critical Legal scholars would contend. Doctrine expresses the substance of the promises the privileged are willing to make, and ostensibly to keep.

The notion of legal doctrine as a sort of promise is relevant to the problem of whites' racial identity as well. I have described the core of whites' race consciousness as selective unconsciousness: white people tend to view ourselves as raceless, and to associate the concept of “race” exclusively with people of color. This “transparent” aspect of whiteness has the consequence, among others, of fostering the mistaken perception that norms formulated and applied by whites may be accepted as race-neutral without further examination and analysis. The doctrinal reforms I have proposed are designed to confront the transparency phenomenon on at least two fronts. First, they make explicit the race-dependency of transparently white norms and seek to substitute new normative structures that can more effectively accommodate racial diversity. Second, considering alternative visions of racial equality provides an opportunity for white people to examine our consciousness of self as racial being, and to begin to find ways to construct an image of whiteness that does not rely explicitly or implicitly on assumptions of white supremacy, superiority, or privilege.

Part II of this essay addresses the role promising might play in the project of formulating an antiracist white race consciousness.

Previously, I have described this process as the task of creating a “positive white racial identity.” I meant by this first, an explicit racial identity, in contrast to the experiential racelessness that is the transparency phenomenon, and second, an identity not formed around the oppression of others. However, Professor Ian Haney López has pointed out another connotation of “positive,” one that is the opposite of “negative.” In this sense, a “positive” identity would be constructed of positive attributes which, by implication, different others would not share. Thus, using the term “positive white identity” tends to support the stereotype of whites as “good” and nonwhites as “bad.” Haney López's point is well taken; a much more appropriate term would be an “antiracist white identity.”

I believe the first step in the process of developing such an identity is to overcome the habit of transparency; that is, to develop the habit of seeing oneself as explicitly white, and of identifying seemingly neutral norms as white. However, because these norms carry positive connotations, this move to become conscious of whiteness is perilous: it risks reinforcing “negative” stereotypes of nonwhites. Accordingly, Professor Haney López recommends that white people abandon whiteness.

As I see it, this proposal raises questions regarding the mechanics of struggling against privilege. Because privilege is a social phenomenon, it is not always subject to individual action. My own experience is that it's often quite difficult, and sometimes impossible, for a privileged individual to abandon privilege unilaterally. When that is the case, it seems to me that one alternative is to consciously employ privilege to the advantage of those who are not in a position of privilege--in this instance, nonwhites. For example, whites in a position to do so might appoint as judges only people of color. Analogously, whites who have input into the process of doctrinal formation can advocate legal rules that might effect greater racial justice.

This approach--using privilege in an antiracist manner--must be adopted with extreme caution. Retaining privilege is too attractive, too comfortable, to provide assurance that the privileged are in a good position to evaluate when and whether abandoning privilege is a realistic option. Thus, it might be argued that the conception of the white person as the promisor, the author of race discrimination law, is not a well-considered strategy, because it sustains the image of whites as those who wield power in society. By way of comparison, doctrinal proposals that make nonwhites the final arbiters of legal outcomes offer a more complete transfer of power and privilege.

However, the reality is that white people do control the formation and application of legal doctrines at this time. Is abandonment of that status possible? The most direct method would be simply to hand to nonwhites authority over doctrinal formulation and interpretation, but I am not optimistic that this is a realistic possibility. The notion of doctrine as promise, with whites in the position of promisor, can function as an alternative strategy of abandonment if it is pursued in the manner I have suggested. The key is to make and keep promises that genuinely provide greater distributive justice.

If promises constrain, then promisees benefit when promises are made and kept. Criticizing race discrimination law from the perspective of white privilege affords an occasion for whites to renounce privilege by promising a greater measure of racial justice to nonwhites. Of course, this renunciation is inherently incomplete; because the nature of doctrinal promises is such that there is no external means of enforcing them, the promisee remains ultimately at the mercy of the promisor for performance. Nevertheless, the promisor is in a different position than one who has not promised at all, and one who has promised more is in a different position than one who has promised less. Though making more racially just doctrinal promises is perhaps only a partial abandonment of white privilege, I believe it is a step in the right direction.