Outlaws, Pirates, Judges: Judicial Activism as an Expression of Anti-authoritarianism in Anglo-American Culture 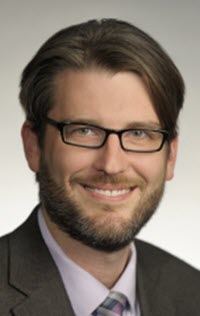 The election of Donald J. Trump as President of the United States in November of 2016 generally surprised most observers. According to reports, his victory surprised even the candidate himself. While the flawed polling data caused some of the widespread surprise, much of the consternation concerned the unconventional nature of the candidate and his campaign. Not only did many of Trump's policy positions conflict with the traditional positions of his party, but his authoritarian style differed sharply from previously conceived standards of presidential behavior.

In addition to contributing to the shocking nature of his electoral victory, Trump's authoritarian style and worldview may indeed have contributed to the victory itself, as he appears to have been able to tap into a strong authoritarian current beneath the surface of American society. As early as the primaries, commentators asserted that Trump's authoritarian worldview was a primary motivator for his supporters. As Trump proceeded to win the Republican nomination and the presidency, it became clear that rather than causing a dramatic shift into authoritarianism, Trump recognized the pre-existence of a strong authoritarian theme in American culture and knew how to harness it.

Regardless of the extent that Trump's candidacy benefited from a latent strain of authoritarianism in American culture, Trump's presidency subsequently sparked a resurgence of antiauthoritarianism. Both President Trump's authoritarian approach to his office and the antiauthoritarian reaction to the same became apparent immediately after his inauguration. Following the inauguration, the National Park Service retweeted information regarding the relatively small size of the crowd for Trump's inauguration compared to that of his predecessor. President Trump responded by ordering all federal government offices to suspend tweeting until further notice. While most official social media accounts of the National Park Service complied with the gag order, rogue tweeting emerged first from the Badlands and then from unofficial social media accounts. This began the Alt National Park Service, a movement started by National Park Service employees and other environmentalist actors explicitly to resist policies of the Trump Administration. It also led to the subsequent widespread internet meme about park rangers leading the resistance.

Another incident from early in the Trump presidency that demonstrated the existence of a strong antiauthoritarian element in American culture took the form of the response to the “Muslim ban”--an executive order banning foreign nationals from seven heavily Muslim nations and refugees from visiting the United States for a set period of time. The executive order prompted numerous activities. There were airport protests across the nation, as well as small lawyer armies swarming airports to provide pro bono assistance to travelers. In addition, there was a taxi cab boycott of JFK Airport and an Uber boycott. Furthermore, there was a dramatic increase in donations to the ACLU and other activist groups. And, of course, there was another ubiquitous internet meme.

While chronicling all the antiauthoritarian protests and actions that occurred in response to various actions of the Trump Administration would be well beyond the scope of this article, an examination of hashtag usage shows both the broad appeal and persistence of antiauthoritarianism in response to perceived authoritarianism from the White House. In a recent study, the Pew Research Center found that #Resist had been used on Twitter an average of nearly sixty-thousand times per day during the time period from Trump's inauguration through May 1, 2018. Other hashtags, such as #BlackLivesMatter and #MeToo, which one can also view as antiauthoritarian within their contexts, were used even more within the same time period. The hashtag usage combined with the prevalence of the park ranger resistance and anti-Muslim ban memes discussed above, both of which derive from a famous poem lamenting the failure of German intellectuals to challenge the authority of the Nazi Party in the 1930s, indicate that the antiauthoritarian attitudes toward the Trump White House resonate with a broader swath of Americans than the small minority actively engaging in protests.

While the public often views courts and judges in the American legal system as ostensibly non-partisan, they nevertheless possess access to the same cultural tools of authoritarianism and antiauthoritarianism. A brief examination of select cases from the early years of the Trump presidency reveals that courts do sometimes couch their decisions in authoritarian or antiauthoritarian styles. Trump v. Hawaii is an example of an authoritarian decision, which upheld President Trump's final attempt at a travel ban. In upholding the executive order, the Court emphasized the President's authority to regulate immigration. The Court buttressed the authority by noting that Congress had delegated it and that the delegating statute granted the President broad discretion. The Court stated that the statute “exudes deference to the President in every clause.” The Court ultimately held that the statute “vests the President with 'ample power’ to impose entry restrictions.” The emphasis on deference to presidential power takes a decidedly authoritarian turn. Conversely, for an example of judicial antiauthoritarianism one can look to California federal litigation in which an injunction prevented the Trump Administration from halting the DACA program. Whereas the Supreme Court in Trump v. Hawaii emphasized the President's power, the Court of Appeals for the Ninth Circuit chose to emphasize the effect of power on individuals by using the sympathetic story of Dulce Garcia, whom the court asserts “embodies the American Dream,” as bookends to its discussion of the relevant law. Furthermore, while the opinion acknowledges the power of the executive branch in immigration, it emphasizes the accountability that accompanies power:

The Executive wields awesome power in the enforcement of our nation's immigration laws. Our decision today does not curb that power, but rather enables its exercise in a manner that is free from legal misconceptions and is democratically accountable to the public. Whether Dulce Garcia and the hundreds of thousands of other young dreamers like her may continue to live productively in the only country they have ever known is, ultimately, a choice for the political branches of our constitutional government. With the power to make that choice, however, must come accountability for the consequences.

Similarly, in issuing the injunction that formed the basis of the appeal, Judge Alsup acknowledged the executive branch authority before identifying limits on such authority, ultimately holding that the government had transgressed those limits. Judge Alsup also engaged in some world-class trolling--quoting President Trumps' tweets that were sympathetic to DACA, the program the Trump Administration sought to halt. In issuing and upholding the injunction, both Judge Alsup and the Ninth Circuit found the decision to halt DACA to be “arbitrary and capricious,” which is a term of art within administrative law that carries connotations critical of authority. Thus, both courts and individuals tap into the cultural concepts of authoritarianism and antiauthoritarianism.

Reactions to judicial opinions that invoke authoritarian or antiauthoritarian styles tend to vary based on the viewpoint of the reactor. A common refrain leveled against antiauthoritarian decisions in particular, however, is that they are politically-motivated decisions of “activist judges.” For instance, in response to the DACA decisions discussed above, Attorney General Sessions strongly criticized the decisions as being activist and as lacking respect for “constitutional responsibilities.” While criticisms of this nature tend themselves to conform to partisan objectives, judicial opinions consistently labeled as activist do typically feature a court actively rejecting authority put before it.

Part II will examine the extensive scholarly writings already existing on judicial activism in order to identify common themes and to explore to what extent scholars have arrived at a consensus definition of judicial activism.

Applying a legal anthropological lens to the phenomenon of judicial activism results in a better understanding of the phenomenon. Viewing judicial activism as a legal expression of the sort of antiauthoritarianism that our culture glorifies and promotes, as seen through the recurring literary and popular cultural tropes of the outlaw and the pirate, allows for an improved definition of judicial activism as well as for a better way of evaluating individual cases, both activist and restrained, in terms of their fit within our cultural values. Though culture can and will change over time, the longevity of the outlaw and pirate tropes along with their long association with themes of liberty, equality, and social justice, reveal the existence of deeply held ideal norms aligning with those themes within American culture. Furthermore, many of the associations between the tropes and the themes have only increased over time. An examination of “activist” caselaw reveals largely the same themes at play in those instances when courts reject legal authorities that they would normally be expected to follow. Because our society does value ideal norms of liberty, equality, and social justice, judicial activism should be accepted as a net positive if it advances those norms. Conversely, judicial restraint should be ridiculed if it passes on an opportunity to strike down authority that runs counter to the same. For these reasons, it makes sense to view judicial activism as an antiauthoritarian rejection of the ordinarily accepted constraints on judicial decision-making when those constraints conflict with deeply held cultural values of liberty, equality, and social justice.