And What of the “Black” in Black Letter Law?: A Blaqueer Reflection 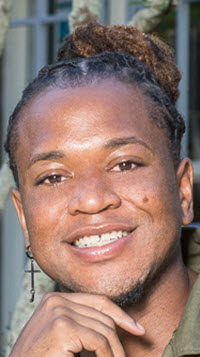 African Americans, and other Black people in America, continue to exist “in the wake”--and contend with the afterlives--of slavery. This is not to say that we are in the identical position of our Ancestors but instead that we inhabit a similar relational floor and struggle against the remnants of its logics and power structures--particularly legal but also social, political, and economic--that operate as bulwarks against the completion of full emancipation. For us, emancipation has been a long, anemic, and never-ending sojourn; one that is often captive, at a standstill or pushed into a cyclical retreat. While the Civil War ended most of chattel slavery and ushered in the Reconstruction Amendments, an epidemic of lynching, as well as the Black Codes--laws regulating Black movement, stillness, speech, and legal pleadings--and Jim & Jane Crow rose in their wake. When Jim & Jane fell from public favor and were mostly retired--from the public eye--racial and racial-sexual profiling became innovative technologies of subordination and othering, providing handy public logics (reasons) for surveillance, search, and seizure. Black people have been rendered inherently furtive--of a sly or suspect character, or alternatively, the manifestation of criminal, violent, or corrupt intent and coming action-- since before the Federalist Papers were written. This furtivity is both a lethal ascription--that transmutates much of Black life into a living, damning body of evidence necessitating police contact and state violence or neglect-- and a death-defying interiority that operates as a studied, communal knowledge, allowing for Black people to live and operate in ways that obscure surveillance, search, seizure, and various forms of statesponsored subordination. Put differently, we come to learn how to exist as abolitionists, understanding that we are always, already marked as the looming threat to a public safety for a citizenry, a notion that we lack an enduring claim to; the incomplete emancipation. Yet, we are not only furtive in the material realm, but the truths about our treatment under, through, and with the de facto permission of law remain furtive tales, almost never expressed in the musings of the court. When Black life is discussed, the long life of anti-Blackness in America--nor the race, gender, or sexuality of the petitioner--is rarely admitted or given standing injudicial proceedings, marking the most precedent as not merely “color blind” but elegantly white supremacist and anti-Black in effect, if not by design.

To the lawyer, law scholar, and student concerned with equity and social justice, Black life--and especially BlaQueer life--in present and memory, should and must be understood as a rich and enduring counter-jurisprudence to the narratives of law, justice, and order we are fed as constitutional, historical, and national fact. Indeed, much of the rhetoric of “law and order” has served as a public logic to permit and make use of the law to disorder and disarray Black living, liberty, and loving. There are various truths and facts of American life, law, and lawmaking that become self-evident when we study and understand the law and legal process through the long memory of the collective Black community within the United States. It begins with a freedom and a self, one stolen, commodified, and tortured. It continues with rape, dismemberment, forced reproduction, starvation, penectomies, lynchings, brandings, and other unspeakable things considered illegal because Black people are not legal. Black personhood is not merely illegal--it exists outside of the will and possibilities of our constitution--but unspeakable. Therefore, there can be no crime against Black people but only crime against property. A crime against “a black” or “a slave” was only crime insofar as it was considered a harm to their putative owner, yet, of course, such an owner could not be held to account for harm against himself; therefore, the terrorization of the enslaved was merely an “owner” exercising his free will. Here, we can understand how Black people-- who are not fully considered people--have come to exist as both in and outside of law, inside of its reach for disciplinary purposes but outside of its protective shield or concerns. The plantation, and the entire nation, come to operate as scenes of subjection, subordination, and surveillance for Black people. This fact is remade over and over again throughout space and time. The Fugitive Slave Law allowed for willy-nilly abduction, abuse, and sale of free and formerly enslaved Black people on the description of appearing as absconded “property.” Black people were fungible then, as we are now, often fitting the description. The Thirteenth Amendment abolished slavery “except for the commission of a crime,” allowing for the promulgation of the convict leasing system, and later a penal system that operates largely on the free labor of Black people convicted using the same policing strategies of post-Reconstruction era vagabond laws, where sitting, walking, standing, or gathering were either crimes or seen as a criminal. These are the afterlives of slavery, precedents of anti-Blackness and the facts and cases that make up a communal Black understanding about the role and meaning of law (and order) in America.

The rupture between the normative understanding of the sanctity of the U.S. Constitution and American law and that of the Black experience is not new to Black people. Yet it appears that the killing of Trayvon Martin by a deputized vigilante, for the crime of walking with sweet tea and skittles; the wanton shooting of Atatiana Jefferson, during an unannounced wellness check, as she was playing Play Station with her young nephew; the negligent murder of Breonna Taylor; the assassination of Mike Brown; the point-blank murder of Philando Castile--after dutifully informing the officer of his registered gun, in the glove compartment--in front of his partner and young child; the actions of BBQ Becky, Amy Cooper; the repeated druggings, rapes, attempted rapes and murders of BlaQueer men Gemmel Moore, Timothy Dean, and Damar Love (among many others) by Ed Buck; and the arrest and harassment of Monica Jones for “walking while trans” have begun to uncover the Black experience with law and its enforcement in America, for white and other non-Black people who were either unaware, incapable or care or squeezing their eyes shut with studied commitment. As a nation, we have had moments of collective clarity before, but this moment offers a singular opportunity to revisit our foundational aspirations--particularly our Constitution and its interpretation(s)--to ensure that Black and BlaQueer life is not only included among all those deemed equal, but also central to the analysis and understanding of what equality is and isn't. In other words, it is time that we begin to legislate, problem-solve, and recreate a Constitution that centers and prioritizes a Black and BlaQueer gaze, because when BlaQueer folk are free--in all the beauty of our diversity--so too, is everyone else. It is time we engendered a critical gaze--and a constitution and framework--that requires this much, as a floor.

T. Anansi Wilson is an assistant professor of criminal and constitutional law at Mitchell Hamline School of Law.