Strange Fruit at the United Nations 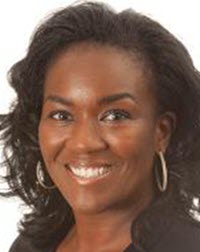 After nearly 350 years of advocating for “equality and equal rights,” many African Americans thought that this new international body, the United Nations, as described by Ralph Bunche, would be, at long last, the vehicle through which they might achieve this elusive goal. The United Nations was founded, yes, to rid the world of the scourge of war but also to recognize and to vindicate the rights accorded to every human being by virtue of their humanity. It arose, after all, in the wake of the Holocaust, a tragedy which spurred governments to vow that mass atrocities on this scale would never happen again. Its founding document, the UN Charter, commits each UN Member State to “promot[e] and encourage[e] respect for human rights and for fundamental freedoms for all without distinction as to race, sex, language, or religion.”

The Charter also established machinery to vindicate the UN's mission, namely the organization's principal organs--the General Assembly, Security Council, Economic and Social Council, International Court of Justice, Secretariat and Trusteeship Council. Each organ possesses both the charge and the capacity to advance human rights and fundamental freedoms. In one way or another, each works to ensure that both the United Nations as an organization and each individual Member State uphold their separate and collective responsibilities under the Charter.

This Article, in part, explores the ability of these organs to address the specific human rights issues posed by “Jim Crow” laws and practices in the United States during the approximately last twenty years of Jim Crow and the first twenty years of the United Nations. The Jim Crow era was a period of de jure and de facto disfranchisement of African Americans roughly spanning the years 1877 to 1965, and characterized by segregated public facilities, poll taxes, literacy tests, forced displacement, debt peonage, convict leasing, “vagrancy” prohibitions, rape, torture and lynching. Frequently, perpetrators committed the lynching by hanging their subjects from a tree. Some called the hanged “strange fruit,” a nod to the popular song. Indeed, by 1950, a reported 4,075 African Americans had been lynched in the United States since 1877.

The world was well-aware of these goings on. Indeed, newspapers around the globe vigilantly covered them. The lynchings of two African American couples, in Monroe, Georgia, and of fourteen- year-old African American Emmett Till, in Money, Mississippi, are two of the most famous examples. Events perhaps once perceived local were no longer.

The article examines the UN's response to these Jim Crow laws and practices. In the process, it additionally considers the organization's actions in the face of some of the world's greatest human rights challenges, especially including apartheid in South Africa and present day Namibia, and European colonialism. Further, the article attempts to recognize the powers and constraints of each organ when confronted not just with potential human rights violations in a Member State but in the United States. As well, it also suggests options that the organs might reasonably have pursued given their capacities and speculates as to why they were not. It additionally endeavors to show the propriety of addressing the issues that confronted African Americans, during the Jim Crow era, in human rights terms.

Part I of the Article, “The United Nations,” discusses the UN's founding. It identifies the competing goals of the organizers and describes the institutional entities created to give form and function to the organization.

Part II, “The United States,” discusses the meaning of Jim Crow, considers its historical antecedents - e.g., the transatlantic slave trade, slavery, and Reconstruction - and its everyday reality for African Americans.

Part III, “Strange Fruit at the United Nations,” discusses the efforts within the UN principal organs to address racial segregation and racial discrimination in general and Jim Crow in particular. It especially examines the unexplored opportunity by a UN body to seek an advisory opinion from the International Court of Justice (perhaps the least politicized body of the United Nations) regarding whether the United States was violating the UN Charter given the existence of Jim Crow laws within its borders.

The United Nations was founded, in part, to promote human rights and fundamental freedoms. Through its treaty drafting and pressure campaigns against Charter non-conforming Member States it has helped to create international human rights law and an atmosphere of accountability. It did not, however, use the tools available to it to promote the human rights and fundamental freedoms of African Americans during the Jim Crow era, thus calling into serious question its commitment to its mission in the face of millions suffering legalized racial segregation and racial discrimination in the territory of the world's most powerful State.