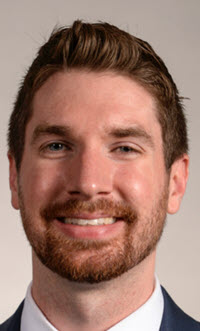 When apartheid ended in 1994, the South African government attempted to heal the open wounds of apartheid by establishing the Truth and Reconciliation Commission (TRC). The TRC was established in the interest of full disclosure. The goal of the TRC was to inform the citizens of South Africa of the atrocities committed during apartheid and learn from the mistakes of the past. Both witnesses and perpetrators of human rights violations were invited to testify in front of a committee, and if perpetrators gave full disclosure of their crimes, they were granted amnesty. By implementing the TRC, South Africa attempted to bring a finite end to apartheid.

The United States never had an absolute end to its racial segregation. After the American Civil War, a series of amendments were passed to guarantee the rights of all citizens, regardless of race. However, this did not stop states from passing JimCrow legislation that limited the rights of black Americans. From the 1880s to the 1960s, JimCrow laws spanned the United States and legalized discrimination against and segregation of black Americans. In 1964, the United States passed the Civil Rights Act of 1964 in attempt to remedy the toxic culture created by segregation. Although the Civil Rights Act guaranteed equal protection to all Americans, it did not eradicate the hatred and animosity shown by certain groups toward black Americans. Though not as explicit as during Jim Crow, such racism and prejudice still exists in the United States today. Many people of many races and cultures were affected by Jim Crow, and their suffering should not be diminished. However, the scope of this paper will focus on the persecution and continuing discrimination of black Americans before, during, and after JimCrow.

South Africa still feels the effects of apartheid, and the ANC has seen a recent demise. While South Africa is far from the “rainbow nation” it strove to establish, it at least made a good faith effort to remedy the mistakes of the past. If there is any take-away from this comment, it is that the United States needs to make a similar good faith effort. There is no perfect solution, but truth and reconciliation is a good start.