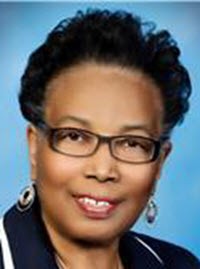 t was the wish of the late Supreme Court Justice Thurgood Marshall that he be remembered simply as one who “did what he could with what he had.” What he did was to become the most noted civil rights attorney and advocate of the poor and disadvantaged of the 20th century. Justice Marshall believed that the law should be responsive to human needs. What he had was the legal acumen to take what he characterized, in a now famous speech in 1987, as “defective” Constitution and effectively use its provisions to overcome racial and economic injustices.

The legal career of Thurgood Marshall spanned well over fifty years. He held positions as a private practice attorney in Baltimore (1933-35), Assistant Special Counsel of the NAACP (1936-38), Chief Legal Officer of the NAACP (1938-40), Director and counsel of the NAACP Legal Defense and Education Fund (1940-61), Circuit Court Judge, U.S. Court of Appeals for the Second Circuit (1961-66), Solicitor General of the United States (1965-67), and Associate Justice of the United States Supreme Court (1967-91). In each of these positions, Thurgood Marshall pursued his lifelong commitment to equal rights for all individuals. His judicial opinions cover a wide range of legal issues from civil rights, environmental law, rights of native Americans to tax law.

The sum total of the achievements of Thurgood Marshall is that the social fabric of American culture has been altered for the better. His victories will ensure that our remembrance of him will be much more grandiose than he would have wished.

This bio-bibliography has been compiled to assist researchers interested in the life and career of Justice Marshall and the enormous impact his achievements have had on American jurisprudence. The avalanche of articles, tributes and remembrances written about the Justice since his retirement in 1991 and his death in 1993 would make it nearly impossible to provide a complete listing of these works. Therefore, this bibliography does not purport to be comprehensive. The entries listed here include items which highlight Marshall's life and career.

This compilation contains over 350 bibliographic entries covering the years 1944 through March, 1993. The selection criteria used was the accessibility of the materials for the researcher. A wide variety of electronic and online databases as well as standard print sources were used to determine the appropriate avenues for research on Thurgood Marshall.

1936.    Joined the national legal staff of the NAACP as Assistant Special Counsel.

1940.     Became Director and Counsel of the NAACP Legal Defense and Education Fund.

1960.    Took leave of absence from NAACP duties to attend Kenya Constitutional Conference in London and to help Kenya write its new constitution.

1965.    Appointed Solicitor General of the United States by President Lyndon B. Johnson.

B. Partials of Books

Speer, Hugh W., “Thurgood Marshall and His Friends: Perspectives and Personalities” in The Case of the Century: A Historical and Social Perspective on Brown v. Board of Education of Topeka, with Present and Future Implications. Kansas City: University of Missouri-Kansas City, 1968.

Bland, Randall Walton, An Examination of the Legal Career of Thurgood Marshall Prior to His Elevation to the Supreme Court of the United States, 1934-1967. Ph.D. Disseration, University of Notre Dame, 1971.

The Courts. In The Maze of Modern Government. Santa Barbara, Ca.: Center for Study of Democratic Institutions, 1964.

An Evaluation of Recent Efforts to Achieve Racial Integration in Education Through Resort to the Courts, 21 J. Negro Educ. 316 (1952).

Interpretation of Supreme Court Decision and the NAACP Program (with Roy Wilkins), 86 Crisis 205 (1979).

The Meaning and Significance of the Supreme Court Decree on Implementation, 24 J. Negro Educ. 397 (Summer 1955).

The Promising Evolution of A Defective Constitution, 360 Civ. Liberties 9 (Spring 1987).

The Real Meaning of the Constitution Bicentennial, Ebony, Sept. 1987, at 62.


VI. Speeches Given by Justice Marshall

Address at the Eighth Conference on the Law of the World, World Peace Through Law Center, Manila, Philippines, Aug. 23, 1977 [on file at the U.S. Supreme Court Law Library].

Remarks of the Honorable Thurgood Marshall Upon the Occasion of His Acceptance of Honorary Membership in the Association of the Bar of the City of New York (Nov. 20, 1973), reprinted in 29 The Rec. 15 (1974).

Remarks of the Honorable Thurgood Marshall Upon the Occasion of His Acceptance of the Learned Hand Medal, Annual Law Day Dinner of the Federal Bar Council, New York, NY, May 1, 1975 [On file at the U.S. Supreme Court Law Library].

Remarks on the Death Penalty Made at the Annual Dinner in Honor of the Judiciary, American Bar Association, Chicago, Ill., Aug. 6, 1990 [On file at the U.S. Supreme Court Law Library].

Remarks, The Centennial Celebration of the Evarts Act and the United States Court of Appeals for the Second Circuit, Reprinted in 46 The Rec. 483 (1991).

Remarks to the New York State Bar Association Upon the Occasion of the Acceptance of the Gold Medal Award for Distinguished Service in the Law, New York, NY, Jan. 30, 1976 [On file at the U.S. Supreme Court Law Library].

Remarks to the Second Circuit Judicial Conference (May 1979) [On file at the U.S. Supreme Court Law Library].

Remarks to the Second Circuit Judicial Conference (May 1980) [On file at the U.S. Supreme Court Law Library].

Remarks to the Spring Meeting of the American College of Trial Lawyers, Coronado, Ca., Mar. 14, 1977 [On file at the U.S. Supreme Court Law Library].

Speech by the Honorable Thurgood Marshall Delivered Upon the Occasion of the Investiture of Dean Wiley Branton and the Dedication of the James Cobb Moot Court Room, Howard University-School of Law, Washington, D.C., Nov. 18, 1978. Reprinted inThe Barrister, Jan. 15, 1979, at 7.

Symposium, Brown V. Board of Education and Its Legacy: A Tribute To Justice Thurgood Marshall, 61 Fordham L. Rev. 1 (1992).

Burns, Cynthia, The Fading of the Brown Objective: A Historical Perspective of the Marshall Legacy in Education, 35 How. L. J. 95 (Fall 1991).

D'Alemberte, Talbot, A Justice for All-Reflecting on Thurgood Marshall Contribution to America, A.B.A. J., June 1992, at 8.

Gibson, Eddie, Comment, Thurgood Marshall, The NAACP and the Gradual Erosion of the “Separate But Equal” Theory in Education, 4 T. Marshall L. Rev. 271 (1977).

Motley, Constance Baker, The Historical Setting of Brown and Its Impact on the Supreme Court's Decision, 61 Fordham L. Rev. 9 (1992).

Ogletree, Charles J., Justice Thurgood Marshall's Criminal Justice Jurisprudence: “The Right Thing to Do, the Right Time to Do It, the Right Man and the Right Place, 6 Harv. Blackletter J. 111 (1989).

Wallach, Aleta, Musings On Motherhood, Marshall, Molecules: A Passage Through the Heart of Maternal Darkness From God's Creation to Man's, 6 Black L. J. 88 (1978).

Wilkins, David B., Justice as Narrative: Some Personal Reflections on A Master Storyteller, 6 Harv. Blackletter J. 68 (1989).

Layco, Richard, A Lawyer Who Changed America: As A Supreme Court Justice and a Civil Rights Advocate Who Battled Racism Daily, Thurgood Marshall Took the Law Personally, Time, July 8, 1992, at 24.

Mathews, Tom, A Great Original's Lives at the Law: Thurgood Marshall Made As Much History in Front of the Supreme Court As He Did Serving on It, Newsweek, July 8, 1991, at 24.

The Power of One; With the Law as His Weapon, Thurgood Marshall Was Determined to Change the World-And He Did, People, Feb. 8, 1993, at 40.

Schneider, Karen S., A Warrior Retires; The Son of a Black Steward in An All-White Club Rewrote the Rules About Race, People, July 15, 1991,-at 34.

National Association For the Advancement of Colored People, Records, 1909-69.

Nomination of Thurgood Marshall to be Solicitor General of the United States: Hearings Before the Subcommittee of the Senate Judiciary Committee, 89th Cong., 1st Sess., July 29, 1965.

The Supreme Court of the United States: Hearings and Reports on Successful and Unsuccessful Nominations of Supreme Court Justices by the Senate Judiciary Committee, 1916-1972. Buffalo, NY: Hein, 1975.

Speech [by Thurgood Marshall], Convocation During the 10th Anniversary of Fund for the Republic. [sound recording] Broadcast on CSDI, December, 1962.1 sound tape reel 7:5 ips, mono 7 in., 1/4 in tape.

Tushnet, Mark V., Thurgood Marshall: From the NAACP to the Supreme Court. [videorecording] The D. Bruce Mansfield Lecture Series. Recorded on Feb. 1, 1989 at the University of Akron. 1 videocassette (33 min.): sd., col., 1/2 in.

Blandford, Linda A., Supreme Court of the United States, 1789-1980. An Index to Opinions Arranged by Justice. Millwood, NY: Kraus, 1983. To update the opinions listed in the above title the following online search queries are suggested:

WRITTEN BY (MARSHALL) [This query will retrieve all of the above.]

“Thurgood Marshall's Arguments Before the United States Supreme Court in Brown vs. the Board of Education”, in Classics of the Courtroom, Vol. XX (). To locate cases where Thurgood Marshall was the attorney use the appropriate library, file or database and the following search query:


XIV. Bibliographies and Other Reference Materials