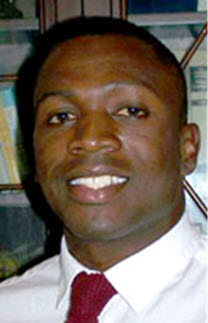 The scholarship of Derrick Bell, acclaimed critical race theorist and constitutional law scholar, continues to animate discussions outside and inside of legal academia. Cornel West, for example, recently criticized Ta-Nehisi Coates' pessimism about racial progress, arguing that Coates' approach lacks the appeal to black struggle that is present in Bell's work. Furthermore, many critical race theorists take Bell's interest convergence principle and racial realism thesis as starting points for their scholarship. Law professor Paul Butler, for example, draws on both of Bell's theories to explain the persistence of racism in American policing. Legal scholar Justin Driver, on the other hand, views Bell's theories as problematically pessimistic about the prospect of true racial justice in the United States. I argue that Bell's approach to racial justice is viable and instructive, but that it must be modified if it is to overcome several serious theoretical problems. The interest convergence principle entails that groups are largely amoral, while the racial realism thesis includes the claim that black Americans should act on moral reasons. Thus, the principle and the thesis, taken together, entail a contradiction.

Further, Bell advances a racial realism thesis. According to the thesis, racism is a permanent feature of American life, such that achieving full racial equality is an unrealistic goal. Bell's thesis parallels legal realism. Legal realism forces us to abandon the idea that legal materials determine legal outcomes and requires us to think about the material and economic conditions that drive legal interpretation. Bell contends that racial realism encourages us to abandon the idea that legal or moral arguments drive racial progress or will bring about racial equality.

Bell encourages those who seek to promote racial justice to embrace both the interest convergence principle and the racial realism thesis. Particularly, Bell believes that accepting the permanence of racism can have a cathartic effect for black Americans. Bell argues that, just as many terminal cancer patients are motivated to live more meaningful lives after their diagnosis, black Americans can find hope and meaning despite the truth of racial realism.

While compelling, Bell's central theoretical claims face several serious problems. First, the interest convergence principle seems to rest on the assumption that groups (as opposed to individuals) act only on their interests, and not on the recognition of moral duties. If this is the case, it follows that black Americans, as a group, are not motivated to act by moral concerns. Bell claims, however, that black Americans should act to preserve their dignity. The preservation of dignity is itself a moral motivation for action. Further, the assumption of group amorality results in the counterintuitive conclusion that black struggles for freedom have never been based in morality.

This asymmetry, however, stands in need of justification. How could it be the case that black Americans can act on moral reasons, yet white Americans cannot? Bell could appeal to more radical elements in black political thought and take on the thesis that white Americans are evil, selfish, and unable to recognize moral truths. But such an explanation is implausible given that whites and blacks have a common evolutionary history. All attempts to circumvent this problem are either unlikely or inaccurate.

Consequently, Bell faces a troubling dilemma. If he holds that both black and white Americans are motivated solely by self-interest, he must abandon the claim that black Americans have or are able to act on moral reasons and he must justify the use of undignified means to promote the end of racial justice. If he holds that white Americans are largely amoral, while black Americans are capable of moral action, his entire theoretical framework rests on a controversial empirical assumption that has yet to be given a plausible or attractive explanation.

In this Article, I argue that Bell's dilemma can be avoided if interest convergence and racial realism are understood not as truths about the social world, but as constituting a perspective that can be adopted in certain contexts for pragmatic reasons. There are situations in which persons who seek to combat anti-black racism can, and should, act as if racism is permanent. In other contexts, this perspective can, and should, be dropped. In this Article, I explain when Bell's perspective should be adopted and when it should be abandoned.

Treating Bell's theoretical claims pragmatically allows black Americans to combat anti-black racism without having to posit implausible theories about race and morality or to rethink their own moral status. This pragmatic turn allows scholars who adopt and expand upon Bell's work to theorize with greater consistency. I cast black Americans as the protagonists in this story to remain consistent with the spirit of Bell's work and because the dilemma I posit has direct implications for Bell's ideas about black resistance. However, the pragmatic version of Bell's theory is applicable to all persons who seek to combat anti-black racism.

In the next two sections, Parts I and II, I further explain and interpret Bell's interest convergence principle and racial realism thesis. In Part III, I explain and justify the claim that Bell's guiding assumptions entail serious theoretical problems. In Part IV, I articulate my pragmatic solution that seeks to preserve many of Bell's insights. In Part V, I employ my solution to address the serious criticisms of the interest convergence principle offered by Justin Driver. Finally, in Part VI, I respond to anticipated concern that my pragmatic suggestion licenses racists to make pragmatic, yet racist assumptions to justify explicitly oppressive policies.

I claim that, for pragmatic reasons, the interest convergence principle should be presupposed in certain contexts. The version of the principle that I advocate also entails that while black Americans are capable of robust moral motivation, white Americans will not act on moral reasons. Given these two claims, it is natural to ask whether the proposal also justifies a pragmatic version of anti-black racism. For instance, if black activists can justify assuming a motivational asymmetry between black Americans and white Americans, it seems to follow that white racists may justify assuming an asymmetry between black Americans and white Americans in order to advance their agenda. Here, the white racist could acknowledge the contradictions of anti-black racism, yet treat anti-black racism as a pragmatic assumption that advances white supremacy. Thus, my proposal must respond to the following question: If pragmatism is good for Derrick Bell and civil rights activists, why is it not also good for David Duke and the Ku Klux Klan?

This objection, while seemingly powerful, is very weak. In this work, I have justifiably presupposed both that there are facts about racial justice and that we have access to at least some of those facts. The presumption that no racially discriminatory policies are just is built into the modern U.S. Constitution. And most social theorists and biologists agree that race is a social construct. Pragmatism is justified with respect to Bell's framework because Bell and advocates of racial justice have an objectively worthwhile aim. My proposal allows black activists to more rationally pursue the end of racial justice. But the pragmatic shift would not be justified in certain instances, like for example, if black activists sought to suppress the vote of women.

If we start with the presupposition that there are facts about group motivation and facts about racial justice--the former unknown and the latter largely known--the white racist is barred from assuming racist beliefs in order to promote racist policies. I argue that the ultimate ends that Derrick Bell sought to promote justify the pragmatic shift. The dilemma facing those who wish to adopt Bell's framework is troubling, and I hope, with this proposal, to strike a balance between grasping the truth about white supremacy in America and combating racism on the ground.