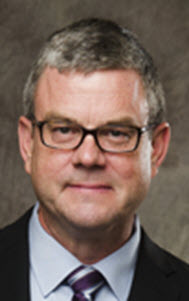 In Part I, I show that a majority of the South Carolina slaves sold at court sales were offered for sale individually. I also explain *1163 that the general rule in other states was that slaves be offered for sale singly at court sales. Individual sale was not an exceptional measure that took place only under extended circumstances. The general practice was not of humane family preservation occasionally overcome by economic demands. The empirical pattern of South Carolina court sales matched other states' judicial legislative directive.

In Part II, I compare the risk of family separation at court sales with the risk at commercial sales. I conclude that the risk of family disruption may have been nearly three times greater at court sales than at commercial sales. In Part III, I present evidence that the destruction of slave families at court sales released more capital than if families remained intact. That is, individual sale protected those who held property interests in slaves at the expense of the slaves' filial ties. Finally, in Part IV, I combine the instrumental analysis of the preceding three sections with an analysis of the ideological function that law served in constituting justifications for family disruptions at court sales. I argue that legal institutions facilitated the disruption of slave families not just by conducting sales but also by masking human agency in the destruction of families. Law helped to naturalize family disruption by presenting family breakups as necessary. I show that the agents and rules of law worked together with the economic motives and racist ideology of Southerners to make the disruption of slave family life both efficient and easy.

With regard to slave sales, my findings with regard to court sales largely coincide with the findings of important new scholarship regarding noncourt aspects of the domestic slave trade in the United States. In a fine recent work that I discuss at length below, Michael Tadman has demonstrated conclusively the extensive, willing involvement of Southern slaveholders in the domestic slave trade. He has focused especially on the commercial, interregional trade, which took place between the Upper South and some seaboard states to the Deep South. Tadman has calculated the extent of the interregional slave trade and documented the frequent slave family disruptions that took place as a consequence of the trade. I revise Tadman's conclusions regarding the importance of court sales in disrupting slave families. Tadman concluded that the extent of disruption was relatively low at court sales. I reach the opposite conclusion and show that disruption was the norm at court sales. I couple this conclusion with my finding that court sales of slaves were more extensive than historians have previously imagined and argue that court sales disrupted more slave families than commercial sales.

My conclusions regarding the results of court involvement in the sale of slaves offer fresh insight into the relationship between the Southern legal system and slavery. In a series of articles written in the 1970s, Keir Nash concluded that “considerable fairness,” “relative fairness,” or “solicitude” characterized the treatment of slaves by appellate court justices. I have shown in previous work dealing exclusively with South Carolina that courts conducted one-half of all slave sales. My findings regarding the disruption of slave families at sales that court officials conducted or supervised demonstrate that Nash's conclusions should not be extended to either the courts or the legal system as a whole. “Solicitude” certainly does not characterize the pattern of family disruption at court sales. Furthermore, even within the realm of appellate courts, my evidence shows that appellate justices insisted that slaves be sold in a manner that maximized the risk of family disruption. Thus, Nash's findings of solicitude and fairness must be confined to the narrow categories of cases that he examined: white assaults on and murders of slaves and free blacks and manumissions.

Looking outside of legal history to the general context of the history of slavery and the South, my findings in this Article with regard to court sales contradict the argument that paternalism characterized antebellum slavery. Eugene Genovese has made this argument for a number of years, and Mark Tushnet has applied Genovese's argument to the specific context of the legal history of slavery. With regard to paternalism, Herbert G. Gutman noted in his 1976 book, The Black Family in Slavery and Freedom, that

Genovese's insistence that “many slaveowners went to impressive lengths to keep slave families together,” that “the more paternalistic masters betrayed evidence of considerable emotional strain” when faced with sale, and that “an impressive number of slaveowners took losses they could ill afford to keep families together” [was not a substitute] for sustained analysis of how local and interregional sale, involuntary migration with an owner, gift-transfer, and estate division affected the immediate slave family and enlarged slave kin group.

Michael Tadman has since completed his analysis of local and interregional sales as well as owner migrations, focusing largely, though not exclusively, on noncourt sales. Tadman has concluded that Genovese “very seriously underestimated the scale of family separations generally.” More strongly, Tadman argues that “the pervasiveness of slave and of family separations suggests the theory of a ‘delicate web of paternalism’ is inappropriate.” Tadman emphasizes that slaves could not have participated in the reciprocal relationship of paternalism that Genovese believes characterized antebellum slavery. Tadman explains that “[t]he family was at the very heart of slave culture … so that, it seems, family separations formed a vital yardstick by which to judge masters and, indeed, to reckon with the whole relation between slave and slaveholder.” Rather than being tied together in a “delicate fabric of implicit reciprocal duties,” Tadman argues that “[b]lack and white values relating to the slave family kept masters and slaves largely in separate, segregated worlds.”

I add law to this picture and provide the evidence that Gutman suggested was needed concerning execution and other court sales. I view law as neither peripheral nor marginal to the operation of slavery as an economic or social system. As well, I regard law as an expression--albeit not a simple one--of Southern values. Evidence of the extent of separations at court sales bolsters Tadman's argument that Genovese underestimated the extent of family separations. More generally, the extent of court-sale family disruption undermines Genovese and Tushnet's view that paternalism characterized antebellum slavery. The operation of the Southern legal system at court sales clearly expressed Southern disregard for slave families. To be sure, this disregard was not monolithic, and Southern discourse commonly contained expressions of solicitude for slaves and their families. However, just as Tadman has found the practice of slave selling at odds with Southern discursive practices, I conclude that the law in action spoke louder than words when it came to the preservation of slave families.