Distant Voices Then and Now: The Impact of Isolation on the Courtroom Narratives of Slave Ship Captives and Asylum Seekers

excerpted from: Tara Patel, Distant Voices Then and Now: The Impact of Isolation on the Courtroom Narratives of Slave Ship Captives and Asylum Seekers, 23 Michigan Journal of Race and Law 155 (2017-2018) (Student Note) (325 Footnotes) (Full Document) 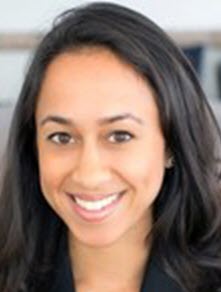 The truthfulness of a story does not guarantee credibility in status determination hearings, whether for slave ships captives two centuries ago or for asylum seekers today. Lived experiences, without filtration, are often messy, tangled, and incoherent to a listener and adjudicator. A narrative gains its credibility only after it “passes a certain threshold of coherence, fidelity, and conformity to the listener's perception of the world.” The narratives of slave ship captives emerged with power and persuasiveness when sought by judges, the public, and counsel. The narratives disintegrated when captives were isolated and removed from judges, the public, and counsel. Similarly, in the present day, the narrative truths of asylum seekers become most persuasive when asylum seekers are given the opportunity to interact with counsel and the public and remain less persuasive when asylum seekers are isolated in detention centers.

Part I compares the nineteenth century cases of the Antelope and the Amistad to identify why they resulted in different outcomes despite having similar fact patterns. The Antelope concerned the fate of approximately 280 African captives discovered on a slave trade ship upon its interception by a U.S. revenue cutter. Since the slave trade in the United States was illegal at the time, the captives were transported to Savannah for trial through which their status--free or slave--would be determined. After a lengthy trial and appeals process in which Spain and Portugal laid claim to the captives, the Supreme Court determined that those captives claimed by a non-U.S. nation were slaves. The Court reasons that however “abhorrent” the slave trade was, the United States was obligated to recognize the rights of other nations to participate in it. In comparison, the Amistad concerned the fate of captives aboard a slave trade ship in which the captives committed mutiny, attempted to sail to Africa, but were captured by a U.S. vessel. The Supreme Court ordered them free despite the Spanish government's claim that the captives were its property.

Part I explores these different outcomes and argues that the absence of Antelope captives' stories in the litigation process was partly due to the decision to isolate captives in slavery before their status was determined. In particular, it argues that this isolation affected the outcome of the Antelope by preventing captives from sharing their anecdotes and translating them to a format that would resonate with their legal counsel, the public, and judges. In contrast, the Amistad captives, while also detained, were situated close to those who could help them. They were able to transform their truths into a winning narrative for the court by understanding and leveraging the talents and expertise of counsel, and the biases of judges and the public.

Part II argues that 200 years later, a similar environment of isolation suppresses the stories of another group with undetermined legal status: asylum seekers. Although slave ship captives were forced into the country with chains, while asylum seekers are driven into the country by fear, the legal status of both groups in their respective time periods was undetermined upon their arrival. Both groups deserved, by legal and moral standards, the opportunity to present the truth behind their arrival and to prove their legal status. Part II argues that the detention of asylum seekers mirrors the isolation of the Antelope captives by removing detainees from those most able to help them develop a persuasive narrative truth. Detention silences important voices, aggravates ineffective representation, damages public perception, and ultimately harms case outcomes.

The lessons from the Antelope and the Amistad are instructive for immigration policymakers and advocates today. The eventual Antelope decisions were driven by the presumption of status and the isolation of the captives in conditions equivalent to slavery. For how could lawyers, the public, and adjudicators judge the captives fairly when they had already isolated and enslaved the captives for years? For the Amistad, success rested in large measure on the ability of captives to interact with counsel, advocates, and the public. Through this interaction, they were able to alter public perception about Africans, cultivate advocates, and tell a coherent story that resonated with their many listeners. The fate of those on the Antelope and Amistad can seem distant and inconsequential in our present lives--a troubling result of the prejudices of the time, outdated national security demands, and an archaic belief that humans could be property. However, nearly 200 years later, our current environment bears many similarities-- xenophobia and national security demands still command public perception and rationalize isolated detention of those with a legal right to be in the United States. The facts look different, but the patterns of isolation and its outsized effect on representation and public perception remain the same. The comparison of the effects of isolating the Antelope captives on slave plantations before their status determination mirrors the effects of isolating asylum seekers in detention centers before their status determination. Perhaps these parallels are not surprising if it is indeed true that “[t]hose who think in terms of power, of abstract national interests, of human beings in bulk, will always have a major role in governments.” However, historians have concluded that the case of the Antelope was wrongly decided and that the treatment of the captives was cruel and inhumane. If we could do it over, we would. Perhaps we can prevent its distant descendant. The parallels of our current treatment of asylum seekers with our past treatment of the Antelope captives should prompt legislators to change detention conditions or at least combat proposals that would lengthen detention terms and further restrict federal funding for legal counsel. The parallels should also influence judges interpreting federal immigration law, such as when deciding whether aliens seeking U.S. admission who are subject to lengthy mandatory detention must be afforded bond hearings. Broadly, the parallels should convince the public that it is irresponsible to chalk up the pervasive use of isolated detention to national security demands, without also recognizing and eliminating the added harm and increased barriers that detention imposes on each individual who steps through the asylum system.