The Rule of Law and the Genesis of Freedom: A Survey of Selected Virginia County Court Freedom Suits (1723-1800) 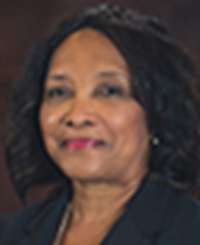 Although the legal petitions of Dred Scott and his family are relatively well-known among American history and constitutional law scholars, the cause of action for freedom from bondage as it originated in antebellum Virginia is of less familiarity. Early Virginia cases filed in the seventeenth century reinforced the legal principle at English common law that the legal status of a child, as slave or free, depended upon the legal status of its father. In response to the practical effect of this maxim as it was applied in the emerging slave economy of colonial Virginia, the colonial legislature enacted a statutory provision in which the legal status of a child followed that of the mother in 1662. Such ancient legal principles, along with a number of other statutes, assisted in the establishment and reinforcement of the burgeoning economic institution of chattel slavery, resulting in an environment favorable to its proliferation as the colony grew in wealth and political power.

In 1795, the Virginia legislature promulgated a statute providing access to the courts to individuals who sought to vindicate their claims to freedom from slavery. The statute appears to foreshadow the Louisiana Territorial Act, Section 35, and the subsequently enacted Missouri state statute upon which the petitions in the Dred Scott case were predicated. Based on digital facsimiles made available in the winter of 2016 by the Archives of the Library of Virginia, this paper explores a number of freedom suits brought in the county courts of the colony and state of Virginia from 1723 to 1800 and examines the legal theories upon which the petitioners, through their court-appointed legal counsel, based their claims for liberation. Particular attention is paid to the ways in which lawyers developed and advanced these legal theories, including the use of the writ of de homine replegiando, both before and after the passage of the freedom suit statute of 1795, which codified specific legal theories for the pleading of freedom suits. These cases elucidate some of the ways in which the rule of law has been employed throughout the history of this nation to marginalize on the one hand, and to vindicate on the other, the rights and privileges of enslaved persons as they have struggled to emerge from bondage.

This Article explores some of the ways in which the rule of law in eighteenth century Virginia provided a legal mechanism for the vindication of claims to freedom from slavery, in particular the statutory and selected case law regarding freedom suits.

This Article examines the legal strategies employed by attorneys in the colonial and early post-Revolutionary periods in several Virginia jurisdictions that were used to make claims of freedom brought on behalf of enslaved individuals.

The next line of inquiry turns to an examination of the ways in which Virginia freedom suits jurisprudence may have influenced the territorial and state laws of Missouri, locus of the infamous Dred Scott decision. The exploration of these cases will hopefully contribute to the elucidation of a “truth” that will lead to liberation from “the dark past” and reconciliation in human interactions of the present day. Although some may question the continuing relevance of the study of the “peculiar institution” of American chattel slavery, there is ample evidence of the persistent deleterious effects that slavery and its legacy still wreak upon some disadvantaged quarters of the African-American community: from dire pronouncements about the future of the newly-emancipated former slaves to the sad evaluation of African-Americans in the 1940s, and from the supposedly racist predictions about the fate of the “Negro family” in the 1960s to contemporary ratification of those predictions.

August 20, 2019 will mark the quadricentennial anniversary of the arrival of the first known Africans at the Jamestown, Virginia English colony. In anticipation of this anniversary, federal legislation was enacted to ensure its formal recognition. Senate Bill 392, known as the “400 Years of African American History Commission Act,” established an entity charged with the responsibility to plan programs “appropriate for the commemoration” of this event. Yet as the anniversary of the arrival approaches, communities across this nation are faced with the issue of determining the fate of Confederate monuments and other objects of veneration that stand as testimonials to a part of the American experience, although the question regarding the ultimate fate of these monuments may have to await judicial interpretation of state statutes. While awaiting such judicial pronouncement, some organizations, such as the Association for the Study of African American Life and History (ASALH), have argued against the continued veneration. In a recent statement, ASALH president Dr. Evelyn Brooks Higginbotham stated:

The Association for the Study of African American Life and History rejects the appropriateness of memorializing persons whose support of slavery led them to disavow their loyalty to the United States. We do not hold as heroes men who took actions that led to war and to the formation of their own separate nation and government, with its attendant national capital, president, congress, military, its separate monetary system, and flag. And all this in order to preserve human bondage! Thus, ASALH makes a clear distinction between the Founding Fathers' motivations that led to the Revolutionary War and the Secessionists' motivations that led to the Civil War and the establishment of the Confederacy.

This eloquent argument against the continued veneration of the individuals so memorialized carries much weight, but it may also be argued that the removal of these monuments, whether in a wholesale or more circumspect manner, will result in a sanitization of the history of this nation, in a sort of metaphorical whitewashing of this nation's true story. Dr. Higginbotham continues:

ASALH follows in the tradition of its founder Carter G. Woodson, who praised the leadership of George Washington and Thomas Jefferson, as well as that of Abraham Lincoln. In doing so, however, Woodson, called attention to a more complete and honest rendering of the historical record. He wrote: “We should not learn less of George Washington, but we should learn something also of the three thousand Negro soldiers of the American Revolution who helped to make this ‘Father of Our Country’ possible. We should not fail to appreciate the unusual contribution of Thomas Jefferson to freedom and democracy, but we should invite attention to one of his outstanding contemporaries, Benjamin Banneker, the mathematician, astronomer.” Regarding the Civil War, Woodson emphasized that “we should not cease to pay tribute to Abraham Lincoln, but we should ascribe praise to the 178,975 Negroes who had to be mustered into service of the Union before it could be preserved, and who by their heroism demonstrated that they were entitled to freedom and citizenship.”

It is hoped that this paper, in recounting several of the legal battles for liberation waged by the individuals described in their narratives, will testify, as Dr. Woodson suggests, as propositions adduced in support of the notion that more accurate historiography, not efforts of a revisionist character, will indeed point the way to liberation for the soul of this nation. This paper is respectfully proffered as an offering in a long series of determined efforts to tell the truth.