Invention of a Slave 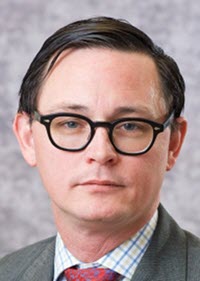 On June 10, 1858, the Attorney General issued an opinion titled Invention of a Slave, concluding that a slave owner could not patent a machine invented by his slave, because neither the slave owner nor his slave could take the required patent oath. The slave owner could not swear to be the inventor, and the slave could not take an oath at all. The Patent Office denied at least two patent applications filed by slave owners, one of which was filed by Senator Jefferson Davis of Mississippi, who later became the President of the Confederate States of America. But it also denied at least one patent application filed by a free African-American inventor, because African-Americans could not be citizens of the United States under Dred Scott.

Today, the Attorney General's opinion in Invention of a Slave is forgotten for the best reason: it was abrogated by the Reconstruction Amendments. Nevertheless, it illuminates peculiar contradictions in the ideology of slavery and its application. Slave owners justified slavery by denying the humanity and creativity of African-Americans, but still wanted to claim ownership of valuable inventions created by their slaves. They rationalized that contradiction by claiming that slaves were more creative than free African-Americans, implicitly characterizing slavery as humanitarian. By contrast, the Attorney General and the Patent Office relied on the ideology of slavery to prevent slave owners from patenting inventions created by their slaves, but ironically also prevented free African-Americans from patenting their inventions.

In Invention of a Slave, the Attorney General applied the ideology of slavery as expressed in Dred Scott to deny slave owners the right to patent the inventions of their slaves. As Kenneth Dobyns observed in his history of the early patent office, “[a] century or more later, some people have considered this to be another instance of the federal government depriving slaves of rights, but it could also be interpreted as a federal government which deprived slave owners of at least one benefit of owning slaves.” But ironically, the Patent Office applied that same logic to prevent free African-Americans from patenting their inventions, as well. The story of Invention of a Slave reflects the struggle over the ideology of slavery in a microcosm.