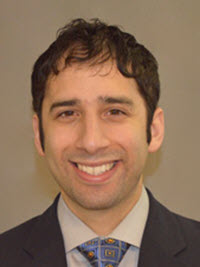 A man is driving down the street in his pickup truck. He is on his way to work. For twenty years, the man has taken the same route to the factory--he passes two large intersections on Highway One and turns right on Riverside Drive. While crossing the second intersection, another car fails to stop at the red light and crashes into the side of the man's truck. An ambulance rushes the man to the hospital, where the emergency room doctor declares both of the man's legs broken.

Due to the carelessness of the other driver, the man's life has changed forever. He will be unable to work at the factory or do the things he enjoys in life, which include playing with his two grandchildren. The man decides to file a civil lawsuit against the other driver for negligence. After three years of legal proceedings, the man's attorney must now present his case to a jury. The jury will be the ultimate fact-finder in his case. The jury will decide whether the other driver was negligent and, if so, the amount of damages the man deserves.

A general principle of tort law states that juries should treat similarly-injured plaintiffs the same by awarding similar money damages. Applying this legal principle to the hypothetical case above, the jury should decide the outcome of the plaintiff's case on the merits without taking the plaintiff's race into consideration. However, race is perhaps the largest contributor to legal system bias, and empirical studies have shown that race will affect a plaintiff's outcome in an ordinary tort case.

Despite the empirical evidence, attorneys and judges underestimate the real bias that racial minorities experience during jury trials involving ordinary tort cases. The reality, however, is that the outcome of the hypothetical plaintiff's case above will largely be affected by the race of the plaintiff (White, Black, Latino, etc.) and the racial composition of the jury (mostly White, mostly Black, mostly Latino, etc.). Attorneys and judges must begin to deal with and find solutions to this problem of jury bias based on race.

In an attempt to better understand the larger problem of jury bias in the civil legal system, this Note will examine how jury bias affects Latino plaintiffs in ordinary tort cases and the sources of the jury bias. This Note begins, in Part II, by discussing how “race” and “racial groups” are constructed. Part II will end with a discussion of how Latinos have been and continue to be constructed as a racial group.

This Note argued that unconscious jury bias, a social-psychological phenomenon, and race-neutral policies in the courtroom, a legal policy, intertwine to further and facilitate disparate treatment against racial minorities in ordinary tort trials. It then identified how Latinos, as a racial and stereotyped group, are vulnerable to experiencing unconscious jury bias and receiving disparate treatment in ordinary tort trials. This Note also explained how specific Latino/a stereotypes will bias the jury's deliberation if they are activated in the subconscious of jurors, both prejudiced and non-prejudiced. It also argued that the activation of the stereotypes is more likely to be triggered by common defense attorney arguments. Lastly, this Note argued that the judiciary should permit a plaintiff's attorney to employ solutions to help counteract unconscious bias against Latino/a plaintiffs in the courtroom because these solutions would enhance the rationality of the jurors and provide a better opportunity for them to decide the case on its actual merits.