Standing in the Way of Justice: How the Standing Doctrine Perpetuates Injustice in Civil Rights Cases 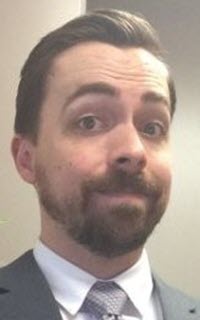 I do solemnly swear (or affirm) that I will administer justice without respect to persons, and do equal right to the poor and to the rich, and that I will faithfully and impartially discharge and perform all the duties incumbent upon me ... under the Constitution and laws of the United States. So help me God.-- The Federal Judge's Oath

A boy is riding his bike. It is a bright blue June day, and Sergio is going to play with his friends down under the bridge. With the river almost dry, there is plenty of room to ride bikes and skate, but Sergio's friends have another game in mind. They dare each other to see who is brave enough to run across the river and touch the big razor-wire fence. After a few moments of play, Sergio sees uniformed guards approaching, and the boys run. It is all part of the game. Sergio hides behind a pillar to catch his breath. One of Sergio's friends is nabbed and forced to the ground. Sergio peeks around the edge of the concrete pillar. The guard, Jesus Mesa Jr., fires off a shot at Sergio, striking him in the head.

An African-American couple nervously walks into a bank on a rainy Tuesday morning. The banker smiles and ushers them over to her desk. "There is nothing that can be done," she says. They were very late on the mortgage payments. So many people in the neighborhood were. Maybe if they had executed a different home loan, a better loan. Neighbor after neighbor leaves the community. Blight spreads.

The City of Miami has had enough. The banks need to pay for the damage they have caused. They have been issuing unfair loans to people of color and it has to end. The City of Miami sues for the harm caused to the community. Then, a federal judge tries to throw the City out of court. Why?

The answers to both of these questions are the same. It is not that nothing wrong has happened. Rather, the judges claim that the plaintiffs cannot get what they need from court. They lack standing.

Standing jurisprudence can keep all manner of plaintiffs from seeking relief. No standing means a plaintiff has no right to sue in federal court. It means the law does not protect them from whatever harm they claim to have suffered. "Maybe some other form of relief in some other court would work better for you," the hypothetical judge says, "but not this court. You don't have to go home, but you cannot sue here."

A federal judge should be a force for justice. The judicial branch, unfortunately, falls short of true justice more often than necessary. For justice to prevail, a case must be decided on its merits with the facts fairly considered, and the law fairly applied. For centuries, however, courts have succumbed to political and personal pressures resulting in cases of great import being decided unjustly--or not decided at all. One of the greatest tools at a judge's workbench that allows them to avoid issuing a controversial ruling on the merits is the standing doctrine.

From its inception, through Dred Scott, until today, the standing doctrine has been responsible for a pattern of injustice when disadvantaged plaintiffs come to court seeking relief. Whether it provides a false pretense for politically or prejudicially derived judicial decisions or prohibits precedent-bound judges from deciding on the merits, the standing doctrine is an enemy to the federal judge's primary purpose: upholding justice and the Constitution.

As previously described, plainly unjust and unconstitutional acts are regularly deemed non-justiciable when courts rely on the standing doctrine. This cannot stand. The Constitution and the established system of checks and balances mandate the Court not to hold its tongue when an unconstitutional act comes before it.

To that end, it behooves the Court to reconsider current standing doctrine precedent. The first priority of the Court must be to protect and secure constitutionally guaranteed rights. Recognizing that, the Court should weigh standing requirements as non-mandatory when claims of constitutional protections are raised.

Recently, some federal courts and the Supreme Court have looked down this path, if not taken the first step. How far the doctrine can bend without breaking will be determined over the next few years, but it is a hopeful time for those who want the Court to finally undertake the task set out for it by the framers: protecting justice and the Constitution.