Valuing Black Lives: A Constitutional Challenge to the Use of Race-based Tables in Calculating Tort Damages 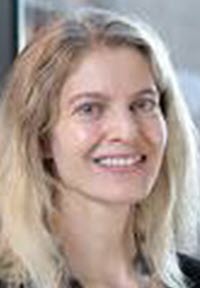 In 2011, a young couple eagerly expecting the birth of their first child moved into an apartment in Brooklyn, New York, excited to have a new home for their growing family. Their child, a healthy son, was born soon thereafter. One year later, however, the couple received devastating news: a routine medical exam had detected lead in their young son's blood. It turned out that the dust from lead paint in their new home had been quietly poisoning their baby. The family quickly moved out, but permanent damage to the baby's central nervous system had been done. Over the next several years, he would manifest significant cognitive delays as well as severe social and emotional impairments. The baby's mother sued and the landlord was found negligent.

In calculating damages, the critical question for the jury was how much this young child would have earned over the course of his life had he not become injured. In answering this question, experts for both the plaintiff and the defendant took into consideration, albeit to different extents, the fact that the baby was Hispanic. They used this fact to offer lower damage estimates than they would have had the baby been white. Relying on race-based data to calculate tort damages is, after all, standard practice. The only thing unusual about the case was that the judge, Jack Weinstein of the Eastern District of New York, refused to allow it. 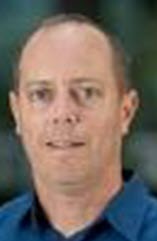 In tort actions, both plaintiffs and defendants rely on experts to help courts calculate damages. These experts rely in turn on actuarial tables to estimate the victim's life expectancy, work-life expectancy, and expected wages. The life and work-life expectancy tables that experts generally rely upon classify individuals based on both race and sex. The wage tables they rely upon classify by sex, but experts typically particularize the data by taking race into account as well. The use of such tables and statistics is particularly important in calculating damage awards for child victims who do not yet have their own educational or work history from which an expert can make a more personalized prediction of future earnings. The result is that because of his race, a black or Hispanic boy will receive significantly less compensation for his lost potential than will a white boy with the same injuries. His life chances, deemed worse to begin with because of his racial status, become certainly worse after his injury because of his smaller damage award. Differences based on sex both complicate and exacerbate differences in compensation.

The use of race-based tables and data not only disadvantages individual tort victims because of their race; it disadvantages racial minority communities more generally. The use of race-based tables creates an incentive for companies to disproportionately allocate risks to minority communities in order to minimize potential tort damages in the future.

It is not that the use of such tables has gone entirely without notice or criticism. Indeed, legal scholars Martha Chamallas and Jennifer Wriggins have written strong and compelling critiques of the practice for the past two decades. A few courts have refused to use race- or sex-based tables for reasons of fairness or public policy. Special Master of the September 11th Victim Compensation Fund, Kenneth Feinberg, chose to use work-life expectancy tables for men to calculate economic losses for both male and female victims of the 9/11 attacks. He avoided using blended tables so that neither women nor men would be disadvantaged by women's historically weaker workforce attachment. In 2008, Judge Jack Weinstein decided McMillan v. City of New York, a case that preceded the G.M.M. v. Kimpson case described above, and became the first federal judge to reject the use of race-based tables on constitutional grounds. “Equal protection in this context,” Judge Weinstein explained, “demands that the claimant not be subjected to a disadvantageous life expectancy estimate solely on the basis of a 'racial’ classification.” Seven years later in Kimpson, Judge Weinstein again rejected the use of race-based statistics to calculate tort damages on constitutional grounds and referred to McMillan for support. Judge Weinstein held that “[t]he use of race-based statistics to obtain a reduced damage award--which is now extended to the use of ethnicity-based statistics, to calculate future economic loss--is unconstitutional.”

Nonetheless, the use of race-based tables in the calculation of tort damages remains both standard and largely unnoticed. Apart from Professors Chamallas and Wriggins, legal academia has largely overlooked the practice. The constitutional argument offered by Judge Weinstein in McMillan and Kimpson is insightful and bold, but it is brief, and other courts have not yet followed it. What is needed is a sustained and comprehensive analysis of the constitutionality of the use of such tables in tort award calculations. This Article seeks to provide such an argument in order to empower other judges to follow Judge Weinstein in rejecting the use of race-based tables in calculating tort damages.

This Article proceeds in five Parts.

Part I describes both the use and effect of race-based tables in tort actions. Parts II-IV analyze the constitutional permissibility of their use under the Equal Protection Clause of the Fourteenth Amendment.

Specifically, Part II argues that the use of race-based tables is indeed a racial classification for the purposes of equal protection analysis.

Part III argues that reliance by judges and juries on the use of such tables in calculating tort awards constitutes state action.

Part IV argues that the use of race-based tables fails to satisfy the demands of strict scrutiny.

This Article has taken aim at a practice so deeply entrenched in tort litigation as to be almost invisible. Yet it is a practice with harmful consequences that are both broad and deep. It is also unconstitutional.

The goal of this Article is most directly to empower judges with a rich constitutional argument to follow the lead of Judge Weinstein and declare the use of race-based tables in tort cases unconstitutional. But the Article's implications go beyond race and beyond traditional tort litigation. The constitutional arguments made here strongly suggest that the use of sex-based wage, life, and work-life expectancy tables would also fail under the Court's heightened intermediate scrutiny standard articulated in United States v. Virginia. The arguments suggest, too, the vulnerability to constitutional attack of state laws sanctioning the use of race- and sex-based tables by private insurers. The changes called for, both directly and by implication, are profound.

Yet on another level, the doctrinal arguments made here are more modest. They do not challenge the idea that the value of people's injuries and indeed their lives differs depending on their earning potential. They do not challenge the practice of grouping individuals based on particular characteristics and assigning damages based on what those characteristics predict about future earnings and life expectancy. They do not in other words, at least not directly, challenge the fundamental underpinnings of tort law. As a result, eliminating the use of race-based tables in tort damage calculations is not itself sufficient to eliminate racial disparities and racial discrimination from the tort system. It is, however, a necessary first step, and one that we have argued is constitutionally required.