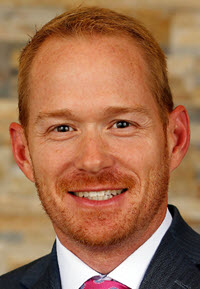 American jurisprudence is founded on the adversarial system. Civil and criminal trials are waged throughout the nation as a contest between two opposing sides. Within this arena, people are haled forth into the contest as witnesses. Their testimony is public, under oath, and exposed to the piercing gaze of the fact-finder. They offer their accounts under the direction of the party who called them to testify. And then cross-examination begins. Witnesses are probed; their biases, relationships, education, perception, demeanor, motives, and more are openly scrutinized. The most controversial tactic within the cross-examination arsenal involves subjecting a witness to questions about her past criminal convictions to imply that now, although removed in time from her former misdeeds, she must be lying on the stand.

Evidentiary rules permitting witness credibility to be impeached with prior-conviction evidence are easily the most criticized within the adversarial system, with scholars and commentators urging reform for decades. The vast majority of this criticism has focused on Rule 609 of the Federal Rules of Evidence and its detrimental impact on the criminally accused. Less criticism has been directed at state rules permitting witness impeachment with prior convictions, despite the fact that most trials occur at the state, not federal, level. Even fewer critiques focus on the impact on victim-witnesses who are subjected to impeachment with their prior convictions. This Article seeks to fill that gap by focusing specifically on how this impeachment issue is addressed in North Carolina, a state whose evidentiary rules sanctioning witness impeachment with prior criminal convictions rank among the harshest in the nation to victim-witnesses--vastly exceeding federal standards and the overwhelming number of sister states. As this Article demonstrates, the critiques aimed at narrower impeachment standards are amplified when applied to North Carolina's regressive rule that, among its other effects, chills testimony and tends to promote wrongful convictions, racial bias, explicit and implicit stereotyping, and victim-blaming.

In theory, prior-conviction evidence is admissible for the single, limited purpose of questioning whether the testifying witness may now be lying given that she was previously convicted of a crime. The evidence is said to be inadmissible for the more obvious suggestion that the witness has a general character bent on criminality, particularly when the witness is the defendant. Limiting instructions given by presiding judges to jurors attempt to confine prior-conviction evidence to its narrow, admissible impeachment purpose. The rule wishfully assumes jurors will intellectually compartmentalize the evidence to mere witness credibility and not a propensity to engage in deviant behavior.

Despite such doctrinal platitudes, jurors invariably use prior convictions as evidence of a defendant-witness's guilt and may deem victim-witnesses not just untrustworthy, but as lesser human beings unworthy of protection. The deleterious consequences reverberating from impeachment by prior conviction are inescapable. Jurors are strongly inclined to punish the witnesses for their prior crimes, leading some witnesses to forgo testifying entirely. The rule also effectively promotes negative stereotypes among jurors about victims of sexual assault and domestic violence while enabling the revictimization of victim-witnesses who brave testifying.

North Carolina's rule allowing broad, conviction-based impeachment differs little from the century-old assumption that once a criminal, always a liar. In North Carolina, any witness may be impeached with prior convictions ranging from the most violent felonies to common misdemeanors. Unlike the federal rule, which carves out standards for courts to exclude certain criminal convictions of witnesses, including victims, the text of North Carolina Rule of Evidence 609(a) offers no judicial oversight. Moreover, the North Carolina rule fails to distinguish between convictions for felonies, crimes involving dishonesty, and those bearing little or no relationship to veracity whatsoever. A witness can be impeached as a liar for misdemeanor convictions involving injury to personal property or the unauthorized use of a motor vehicle just as vigorously as she can be impeached by felony convictions for embezzlement or perjury.

Further exacerbating the negative impact of North Carolina Rule 609, the state's highest court has declared itself powerless to exclude prior-conviction evidence no matter how extreme the prejudice. The Supreme Court of North Carolina rejected any suggestion that a trial court has discretion to exclude prior-conviction evidence when offered for impeachment, describing the language of Rule 609 as "mandatory." And a recent decision from the North Carolina Court of Appeals appears to preclude any argument that the rule's imposition "chills" testimony. While some states have abolished or greatly curtailed impeachment by prior conviction, or at least provide judicial discretion to protect witnesses, North Carolina has steadfastly maintained a hard line. Even as the federal rule has been amended over the years to protect victims and other witnesses against unfair prejudice, North Carolina's rule has not.

As this Article exposes, the regressive nature of North Carolina's rule deters and demeans victims of domestic and sexual violence who have committed even modest criminal misdeeds. As currently codified and interpreted in North Carolina, impeachment with conviction evidence is broadly permissive--it need not bear any relationship to untruthfulness, cannot be excluded by the trial court no matter the detrimental impact on the victim, exposes the jury to the facts and types of convictions while hoping the jury will limit its use, and widely affords trial counsel the opportunity to inject trait-based character presumptions into the trial. This Article reveals how such a boundless evidentiary rule paves an unobstructed road for defense counsel to attack a victim's personal character as one of questionable repute when she takes the witness stand. By exposing the rule's impact on victim-witnesses, this Article demonstrates how impeachment with prior-conviction evidence may be used as a pretext for improperly assailing a witness's character.

This Article calls for reforming North Carolina Rule of Evidence 609 to halt the abuses that it currently endorses which senselessly punish survivors.

Part I examines the history of impeaching witness credibility with prior-conviction evidence, as well as the underlying premises supporting the practice.

Part II contrasts North Carolina's broad approach with those of other jurisdictions and then critically examines its breadth and application.

Part III explores the impact of prior-conviction impeachment on survivors of sexual and domestic violence to reveal the systemic flaws in North Carolina's rigid rule.

Part IV then proposes a revised Rule 609 aimed at curtailing the abuse and misuse of conviction evidence when offered solely for questioning witness credibility.

As enacted and interpreted, North Carolina Rule of Evidence 609 enables character assassinations under the pretense of questioning credibility. The state's adherence to ancient dogma has a devastating effect on victim-witnesses and the judicial system as a whole. Survivors are subject to being castigated with their prior criminal misdeeds. Impeachment focused on character attacks cuts to the heart of the individual, causing senseless revictimization trauma to persons already abused. At the same time, jurors are invited to degrade survivors by applying cultural myths about violent acts and negative stereotypes concerning victim behavior. Victims contemplating testifying may simply retreat, to the detriment of societal interests.

This Article is not intended to undermine the crucial and historical importance of a pointed cross-examination but to infuse reliability and decency into the process. Trial outcomes tainted by systemic infirmities are most inexcusable when easily avoidable. Acquittals or convictions curated by injecting misplaced conviction evidence into trials circumvent the proof process and undermine confidence in the justice system. Sound policy demands trial results be sustained on reliable, relevant evidence rather than unfounded myths and stereotypes.

Revising North Carolina Rule 609 is an opportunity to take measurable steps toward eliminating harmful structural components within the state's justice system. A rule that narrows the focus of impeachment benefits all witnesses--victims and the accused alike. Senseless ventures into a witness's past offenses that have no bearing on untruthful conduct, and even less on predicting false testimony, function primarily to misdirect the trial process. The sole purpose of impeaching a witness with her prior-conviction history is to enable the jury to evaluate her credibility as a truthful witness. Nothing more; nothing less. From this precept, we can reevaluate the crimes that bear primarily on this issue and this issue alone. Crimes that involve proving dishonesty or false statement do just that. All others invite harms on the participants and the process.

Assistant Professor of Law and Director of Advocacy, Campbell University School of Law.