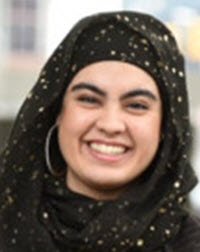 "To be a Negro in this country and to be relatively conscious is to be in a rage almost all the time." -James Baldwin

On March 4, 2000, Delois Turner wanted a donut and a cup of coffee. Ms. Turner, a fifty-seven-year-old Black woman from New York, entered Nancy Wong's donut shop to purchase her pastry and beverage. Unfortunately, the donut Wong gave Ms. Turner was stale, so Ms. Turner asked Wong for a fresher donut. Wong refused, insisting her donuts were baked fresh daily; Ms. Turner responded that she did not doubt that was the case, but her donut was nonetheless stale and refused to pay for the stale donut. But, instead of providing Ms. Turner a fresher donut, Wong repeatedly called Ms. Turner a "black nigger from Philadelphia." Wong then went on a tirade laden with racial invectives in front of the other shop patrons, all of whom were White. She railed, "you black niggers come in here, give me a hard time. White people don't give me a hard time. White people nice people." Wong threatened to call the police and demanded Ms. Turner "get out of [her] store." Ms. Turner reported the incident to the police, who charged Wong with an indictable bias crime and brought Wong in for processing that same day; while at the station being booked, Wong filed a complaint against Ms. Turner for theft of the donut. The county prosecutor dismissed the theft complaint against Ms. Turner; but the municipal judge convicted Wong of a petty disorderly offense of harassment and fined her $250, finding "that defendant had used the word 'nigger' several times in a loud voice and had accused black people of giving her a hard time, that defendant's son even tried to quiet her down, and that the words were uttered intentionally to cause [Ms. Turner] alarm." Due to the incident that day, Ms. Turner was "embarrassed, shocked, mortified, hurt, angry and humiliated." Further, "her self esteem had deteriorated and ... she viewed herself differently." For reasons unknown, Ms. Turner did not seek therapeutic or psychiatric treatment. She did, however, bring suit against Wong for the tort of intentional infliction of emotional distress (IIED ).

To establish a claim for IIED , Ms. Turner needed to show that "
[1] the defendant acted intentionally or recklessly, both in doing the act and producing emotional distress;
[2] the conduct was so outrageous in character and extreme in degree as to go beyond all bounds of decency;
[3] the defendant's actions were the proximate cause of the emotional distress; and
[4] the distress suffered was so severe that no reasonable person could be expected to endure it." Ms. Turner alleged in her suit that "proof of [her] humiliation, embarrassment and disbelief, caused by racial slurs, was sufficient to establish a prima facie case of [IIED ]."

The court, however, dismissed her claim in summary judgment on the sole basis that Ms. Turner did not suffer "severe emotional distress," and the appellate court affirmed the dismissal: Ms. Turner "merely claimed that she felt humiliated and mortified because of the racial insults," and "humiliation and indignity ... fall far short of sustaining a cause of action for the intentional tort." The appellate court found that since Ms. Turner "offer[ed no] medical or expert proof to corroborate her feelings of lost self-esteem or anger," and since her "claimed distress never manifested itself physically or objectively by way of headaches, loss of sleep, inability to perform her daily functions, or any condition that was professionally diagnosed," there was no genuine issue of material fact regarding the sufficiency of Ms. Turner's emotional distress. Ms. Turner was therefore entitled to no redress for the damaging racial epithets hurled against her.

Many targets of racism and ethnoviolence, like Ms. Turner, seek redress in the courts--not merely to obtain compensatory damages for the physical, mental, and emotional injuries they suffer, but also as a vindication of their dignity and inherent humanity. Many of these searches for compensation and vindication take the shape of IIED claims, as IIED is uniquely situated as a dignitary tort to redress the psychological and emotional harms of racism and ethnoviolence. Unfortunately, however, while racism has evolved to remain insidiously vibrant in the modern United States, IIED law has not. IIED law has not substantively changed in the last several decades, and for targets of racism and ethnoviolence like Ms. Turner, IIED 's antiquated nature can impede plaintiffs' pursuit of redress. Thus, while racism and its hateful ilk are not a phenomenon of antiquity--they are alive, thriving, and injuring people of color today targets are decreasingly able to seek recompense for their injuries in court through IIED suits.

Recent psychiatric scholarship suggests IIED 's "severe emotional distress" injury standard can completely bar recovery in racism and ethnoviolence cases. Many people of color, in response to decades of chronic racism, develop "thick skins." Consequently, they will not manifest the mental and emotional injuries of racist incidents in the "right way" to enable them to sue because their experiences do not fit within the rigid confines of pathological disorders. The growing acceptance in the psychological community for reconceiving of the lasting trauma of chronic racism necessitates a consonant reevaluation of the legal IIED injury standard.

Part II reviews the development of IIED law and its historical use as a means of redress for racism and ethnoviolence; it also briefly sketches the arc of racial animus from old-fashioned to modern racism in order to better understand how IIED law has or has not evolved to respond to new realities.

Part III presents new theories evaluating the psychological and emotional toll of racism and ethnoviolence; it concentrates on literature chronicling the cumulative effect of chronic racism, comparing the injuries of racism against the symptomology of post-traumatic stress disorder (PTSD), and proposing a new theory that the injuries of racism produce a form of traumatic stress distinct from any other form of trauma.

Part IV analyzes the ways in which the existing IIED injury standard of "severe emotional distress" can work to the detriment of "thick skin" plaintiffs by failing to accommodate the unique injuries of chronic racism.

Part V proposes that incorporating race-based traumatic stress (RBTS) theory into the IIED injury standard in cases involving racism and ethnoviolence can serve to better provide plaintiffs redress by considering the harms of racism to provide a realistic injury standard.

Finally, Part VI considers the implications of including RBTS in an IIED injury evaluation, focusing particularly on the potentiality of a floodgates problem.

Although this Comment solely focuses on plaintiffs' issues satisfying the injury prong of racism- and ethnoviolence-based IIED claims, we cannot overlook that plaintiffs face several additional barriers to bringing a successful claim. Extended consideration of these barriers is outside the scope of this Comment, but briefly acknowledging these structural impediments is valuable context. Firstly, apart from the injury standard, scholars cite the outrageousness requirement as the greatest barrier to plaintiffs' recovery; for targets of ethnoviolence, the outrageousness requirement can bar recovery because many jurisdictions have held racial harassment alone to be insufficiently atrocious or intolerable in a civilized society to be actionable as IIED . Additionally, the First Amendment can bar recovery: when racism and ethnoviolence is expressed as racial slurs, verbal harassment, or cyber-attacks, defendants may try to avoid IIED liability by claiming their speech was protected. Further, damages calculations can be an impediment. For instance, some scholars query how liability ought to be imposed against a single defendant for injuries resulting from ethnoviolence when the plaintiff was particularly susceptible to such injury due to chronic racism; this question implicates potentially-convoluted damages theories such as multiple causation, joint venture, and eggshell plaintiff. Although each of these impediments require more than this cursory mention to do them justice, recognizing the potential stumbling blocks of outrageousness, the First Amendment, and damages for a plaintiff's claim illustrates the many gatekeepers of IIED beyond merely the injury standard.

The immediate pushback to tort reform proposals is often a floodgates concern, but incorporating RBTS into the IIED injury standard does not necessarily run those risks. First, the outrageousness requirement--and, to a slightly more limited extent, the causation and intent requirements--will continue to operate as gatekeepers. There will be no deluge of microaggression-based IIED s, for instance, because they would almost universally fail the outrageousness requirement(and likely would not qualify as intentional or reckless). Furthermore, the very premise of a deluge of litigation is unsubstantiated at best and farcical at worst: studies show that less than ten percent of all targets of racist incidents seek any help, be it from a "counselor, professor/teacher, psychologist, lawyer, religious leader, psychiatrist, medical doctor, social worker, or healer." Additionally, this proposed injury standard affects such a narrow subset of cases that a deluge is hardly even possible. So the idea that not systematically disadvantaging plaintiffs of color in IIED suits will result in waves of new plaintiffs is, frankly, chimerical. Consider also the practical concerns of litigation which would continue to act as barriers: attorneys are not cheap, the judicial system is not quick, and litigation is not simple or easy, not to mention potentially retraumatizing. And institutionalized racism means these impediments operate as an even greater barrier for people of color.

Essentially, this means if more new cases are brought because of this proposal, they will not be fraudulent or frivolous; they will be bona fide claims. Expanding IIED 's injury standard to include RBTS as a form of severe emotional distress resulting from modern racism and ethnoviolence--to include a still empirically-validated but far more congruous measure--will not threaten a deluge of litigation. But it will make justice more attainable for thick skin plaintiffs of color to recompense and vindicate affronts to their dignity.