Paying for a Clean Record 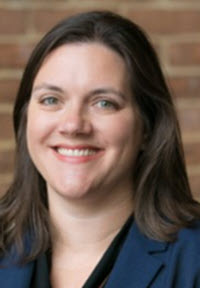 Every day, people pay to avoid or erase criminal records. This Article details how criminal justice reforms that charge defendants for acts of mercy, epitomized by fee-based diversion and expungement, operate as regressive taxes on the poor in ways that entrench rather than ameliorate the racialized phenomenon of mass criminalization. Rather than shrinking the carceral state as reformers claim, fee-based diversion and expungement programs can both widen the net of mass criminalization while simultaneously exacerbating racial disparities in the system. Ultimately, these reforms may serve to legitimize a caste-like structure where criminal record status serves as a proxy for race and class.

We are all criminals. The primary definition of a criminal is “one who has committed a crime.” In this sense, given the expansive criminal legal net we have woven with ever-proliferating American criminal laws, it is almost impossible to function in the United States without committing a crime. Americans possess marijuana, drink alcohol underage, use their cell phones while driving, speed, use hard drugs, shoplift, get into bar fights, possess illegal or unlicensed weapons, sext, urinate in public, trespass, and fail to comply with the orders of law enforcement officers of which are or can be crimes under certain circumstances.

At the same time, as more Americans are criminals and have criminal records, American culture increasingly relies on a person's record to sort individuals. In the United States, criminal records--or the lack thereof--are used to allocate housing, public assistance, education, and employment. A criminal record is a major barrier to employment, and the impact of a criminal record is more profound for Black people than White people. Specifically, 93% of employers screen job applicants for criminal records at the hiring stage. One quarter of jobs require a state occupational license, and licensing boards routinely consider conviction and even arrest history of applicants. Many licensing laws contain blanket bans, barring those with criminal convictions from obtaining licenses, while others have good character provisions which grant licensing boards broad discretion to deny applications based on criminal history.

This has enormous economic consequences. Record-related workforce exclusions reduce the annual Gross Domestic Product by between $78 and $87 billion. Once employed, individuals with criminal records face lower wages and lower lifetime earnings--with estimated aggregate lost earnings as much as $370 billion annually. A criminal conviction is now considered disqualifying for even the most menial jobs. This remains true even though criminal conduct is not a very good proxy for employability or promise in the workplace.

The differentiation based on the “clean” or “criminal” record binary is neither benign nor neutral. As Michelle Alexander explained, the criminal legal system has created a racial caste system that is the direct descendant of the Jim Crow laws of the twentieth century and the enslavement of Black Americans that preceded it. According to Alexander, criminal laws are used to justify maintenance of the binary between White and Black Americans by replacing explicit racial terms with a more implicit binary that distinguishes “good” Americans with “clean” records from “bad” Americans with “criminal” records.

After decades of mass incarceration and mass criminalization, Americans from both sides of the political spectrum are beginning to express deep concern and call for reform. Policy makers and legislatures have started to scale back--at least superficially. Some have started to acknowledge that for certain crimes or defendants, the mark of a criminal record is too harsh. Others have conceded that, at the very least, the current system is too costly. These lawmakers have started to temper the binary of those with clean and criminal records with release mechanisms. The most prominent--and those discussed in detail in this Article--are diversion and expungement. Diversion allows a person who is charged with a crime to avoid a conviction; typically, the defendant earns a dismissal of the charge by satisfying certain conditions. Expungement, or record sealing, allows a person with a conviction or arrest record to erase or conceal that fact. Both allow a person who committed (or allegedly committed) a crime to remain or return to the state of having a clean record.

The problem is that once a person is charged with a crime, government actors-- lawmakers, prosecutors, and judges--set the price tag for a clean slate. Allowing the government to exploit profit from the criminal legal system is nothing new--convict leasing, for-profit prisons, and asset forfeiture are well-explored in legal and historical literature. But charging a premium for diversion and expungement and permitting defendants to pay to maintain or restore a clean record allows the criminal legal system to perpetuate and calcify race and class divides. Given the historically rooted socioeconomic disparities between White and Black communities, White defendants will more often be able to preserve clean records while Black defendants will be more likely to be branded criminals. Rather than mitigating the impact of the vast American criminal legal system, this dynamic reinforces the false binary of “good Whites” and “criminal Blacks.”

Like any framework, this is overly simplistic. To think of race as binary in the United States is to erase the growing number of people in this country who identify as Latinx, Asian, Indigenous, or multi-racial. It also ignores the intersection of identities. A straight Black woman may have a different experience in the criminal legal system than a gay Black man or a trans Afro-Latinx immigrant. Moreover, despite the racial wealth gap, the relationship between race and class is not a simple one-to-one. There are many poor Whites who are priced out of pursuing diversion and expungement. Likewise, there are wealthy and middle-class people of color who will be able to afford to pay for a clean record. Racial caste in America is complex, but any reckoning of it is incomplete without considering criminal record status.

This Article draws on several literatures including those about policing (and over-policing), specialty courts, criminal reentry, and criminal debt. Though there is a rich literature on criminal records relief and expungement, as well as scholarship discussing diversion, no article has addressed the combined impact of these two mechanisms to provide access to a “clean record” or the phenomenon of differential access to clean records based on financial means. This Article also describes how racial inequalities in the criminal legal system can fuel racial inequalities in American society at large and how the reforms of diversion and expungement can, rather than mitigating those inequalities, further enable and conceal race-based discrimination.

This Article proceeds in four parts. Part I begins with a description of the parallel criminal justice reforms of diversion and expungement. It catalogues the variety of mechanisms for diversion and expungement, the aims and benefits of these programs, as well as the associated costs for defendants. Part II discusses the operation of monetized relief from criminal records. It begins with hypothetical models which demonstrate how fee-based diversion programs can concentrate criminal records in Black and Brown communities, and then follows with concerns about how perverse financial incentives can undermine policy goals of the criminal legal system. Part III contextualizes the environment in which paying for a clean record occurs, locating this phenomenon within in the larger American landscape of mass criminalization. A huge swath of the American population is saddled with criminal records, the collateral consequences of which make it difficult to succeed economically or acquire wealth. Compounding this is the fact that the criminal record problem in American society disproportionately affects Black and Brown Americans and perpetuates the racial wealth gap. Part IV suggest policy proposals to better realize the stated purpose of diversion and expungement and situates these reforms in the larger framework of prison abolition.

Many Americans from both sides of the political spectrum have embraced the cause of criminal justice reform. But we are still deeply ambivalent about the reasons for reform and its end goal. Some advocate for massive structural changes based on commitment to ending the era of criminal social control of poor people and people of color. While others only seek to reduce the size of the criminal justice behemoth because it has become financially unmanageable or because it has started to target people like them. Some government officials embrace supposed reforms only to profit financially. The American problem is not solely the proliferation of criminal records--it is also the societal attitude about those with criminal records which perpetuates racial caste and the creation of a permanent underclass.

This Article should not be read as a blanket argument against expungement or diversion. Well-conceived diversion systems that lack financial barriers to entry, avoid widening the net of the carceral state, and connect people to worthwhile services that keep communities safe are a good idea. Such diversion programs can be used to divert both people and funding away from jails and prisons back into communities. Similarly, expungement programs that lack financial and access to justice barriers can improve the lives of individuals with criminal records without compromising public safety. But these reforms are more modest than policymakers and politicians often claim. We cannot solve the problems of mass criminalization with expungement alone or in combination with diversion. As J.B. Prescott and Sonja B. Starr explain, “[o]n balance, the population of people living with criminal records is continuing to grow quickly; [diversion and expungement are] like a bucket removing water from an ever-rising ocean.”

As governments implement diversion and expungement programs, they must track data to ensure that these reforms are not used to grow the scope of our overly punitive and vast criminal legal system. Moreover, reformers must ensure that the pruning of convictions that results from these programs does not further exacerbate the racial and class disparities in our criminal legal system and entrench racial caste. When cost-benefit analysis becomes the sole guiding principal for reform, we often lose sight of the larger social justice framework needed to achieve meaningful change.

Remedying the harms wrought by our decades-long experiment with mass criminalization is one of the defining challenges of the current political moment. Diversion and expungement can serve as mere window dressing-- superficial reforms to hide the ugliness of a deeply dysfunctional criminal legal system. Or they can be modest first steps in the direction of more a just and equitable system--one that is just out of sight, somewhere over the horizon.

Amy F. Kimpel, Assistant Professor of Clinical Legal Instruction and Director of the Criminal Defense Clinic at University of Alabama School of Law.