Fleeing While Black: How Massachusetts Reshaped the Contours of the Terry Stop 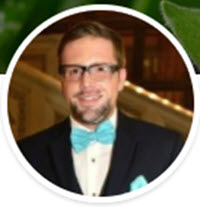 In its recent opinion in Commonwealth v. Warren, the Massachusetts Supreme Judicial Court stated that when a black male flees from a Field Interrogation Operation (“FIO”), such flight “is not necessarily probative of a suspect's state of mind or consciousness of guilt.” The court found that because men of color are frequent subjects of racial profiling, when a man of color flees from the police, it may not necessarily be because he is guilty of an underlying criminal offense. This is true, the court said, even when the individual's physical characteristics closely, though “vague[ly],” match those of a wanted suspect-at-large.

In Warren, the defendant, a black male, was the target of a FIO because he matched the description of a suspect of a reported breaking-and-entering in Boston's Roxbury neighborhood (he, like the alleged suspect, was wearing a “red hoodie”). When the police approached the defendant and ordered him to stop, he ran, “clutching the right side of his pants, a motion [the police officer] described as consistent with carrying a gun without a holster.” The police officer later apprehended the *43 defendant in the backyard of a residential property. The officer did not recover any contraband from the defendant's person; however, minutes after “arrest[ing]” the defendant, police officers recovered a handgun nearby on the property. Because the defendant did not have a valid license to carry a firearm, he was taken into custody.

The Warren decision comes at a time when the sociopolitical context vis-…-vis race relations in the United States is in a challenging state. Notions of color-blindness (itself a problematic term) and living in a “post-racial” society dominate mainstream political and academic discourse. Yet, it is difficult to ignore the implications of such strained race relations on communities of color, particularly when discussing the interactions between such communities and the officers who police them. Indeed, there is substantial evidence indicating that communities of color, which are often most in need of greater police protections, are in fact disproportionately victims of lethal police force. While several (often discordant) theories exist, speculating the cause of such grave abuse of power, the uncontrivable and overwhelming demand for social change can no longer be ignored.

*44 Absent an effective legislative response at the federal level, several grassroots movements have emerged in recent years, calling upon the criminal justice system to effect meaningful change in policing communities of color. While marginalized communities of color are subjected to police force, the Massachusetts court's opinion suggests a shift away from decades-long precedent that has traditionally granted law enforcement broad discretion in search and seizure. The court's approach in Commonwealth v. Warren is a welcome recognition of the extent to which an individual's race plays a role in determining whether a police officer will subject him to a seizure. This piece discusses the extent to which this decision may expand an individual's privacy rights vis-…-vis conduct that permits police officers to execute a lawful search or seizure.

Warren seems to suggest that lower courts may be recalibrating the balance between an individual's right to be free from unreasonable government interference and the government's obligation to protect the public from criminal activity. In reaching its holding, the court explicitly points to studies demonstrating that “black men” in urban areas are *49 “more likely to be targeted for police-civilian encounters such as stops, frisks, searches, observations, and interrogations,” and that black men are also “disproportionally targeted for repeat police encounters.” The court further highlighted the tension between communities of color and the police, noting that “[s]uch an individual, when approached by the police, might just as easily be motivated by the desire to avoid the recurring indignity of being racially profiled as by the desire to hide criminal activity.”

The decision is a judicial response to an ongoing crisis in cities throughout the United States--a crisis that has given rise to several social movements and demand for legislative action, both at the state and at the federal level. By reshaping, expanding, and prioritizing the individual's liberty, even if the individual is suspected of criminal activity, the Supreme Judicial Court of Massachusetts asserts a call to action. Elected officials, law enforcement officers, and members of the public must begin a difficult but essential dialogue that candidly recognizes the myriad factors at play in police-community dynamics.