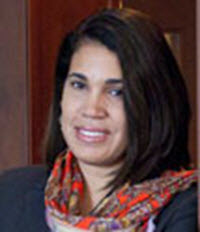 In recent years, there has been much discussion in the media about aggressive policing of African Americans and resulting harms. Increased news reporting about police shootings of unarmed African-American males has sparked broader conversations about targeted policing. Government reports have followed, confirming that African Americans in many communities are disproportionately stopped by police and subject to disparate treatment.

*748 Yet, in the midst of intense public discussion and debate, the Supreme Court recently declined to suppress evidence seized following an unlawful stop, thus further expanding the tools available to law enforcement. In Utah v. Strieff, the Court considered whether evidence discovered during a police officer's unlawful stop of a private citizen must be suppressed and excluded from trial when the officer learned during the stop that the citizen was subject to a valid warrant for a traffic violation. In allowing the seized evidence to be used at trial, the Supreme Court seemed to turn a deaf ear to expressed concerns about broad police discretion.

In contrast to the majority, Justice Sotomayor's dissent addressed concerns about policing practices that have dominated national news in recent years, but have appeared to have little impact in individual cases and have effected no meaningful changes in the law. Indeed, while protests following police killings of African Americans continue to erupt like wild fire in communities across the country, explicit discussions about the relationship between a citizen's race and the police officer's decision to conduct a stop continue to seem out of place in many criminal courtrooms. In many jurisdictions, the overrepresentation of African Americans as criminal defendants alone seems a good conversation starter. Nevertheless, despite the fact that criminal courtrooms continue to be filled with disproportionately high numbers of black and brown defendants, concerns about the role of race in police stops continue largely to go unspoken and unaddressed.

While many legal outsiders may wonder how increasing public outcries of racial inequality seem to have so little impact in the criminal justice system, those familiar with the law should have a fairly good idea. For many *750 years, courts have addressed police stops and searches while ignoring matters of race, often making a seemingly conscious choice not even to mention the defendant's race in their opinions despite police officer testimony that references the defendant's racial identity. Indeed, in 1996, the Supreme Court, in Whren v. United States, moved courts beyond what was then merely a practice of discussing police stops in race-neutral terms; there, the Court held that discussions of racial motivation were not relevant to Fourth Amendment analysis. In Whren, the Court made clear that the focus of courts' Fourth Amendment analysis is whether a stop can be justified on objective grounds, not a police officer's actual motivations.

In the twenty years since Whren was decided, however, it has become increasingly clear that simply ignoring the role of race in police stops does not diminish its impact. Of course, the Court's focus on the validity of individual stops has done little to address the concern that racial minorities as a group are targeted more often for police stops. Indeed, the legal standard asserted in Whren allows courts to validate police stops even where the factual basis put forth by a police officer is merely a pretext for racial profiling. But, the Court's decision also fails to account for the hidden effects of racial bias in police officer decisionmaking. In Whren, the Court's reasoning rests on a faulty assumption that police officers' perceptions and judgments about a citizen's behavior, are not vulnerable themselves to the influence of race.

*751 Since the time that Whren was decided, implicit bias has become the subject of increasing study. A mounting body of research by social scientists now shows that racial bias can be unconscious and impact an individual's thinking at a fundamental level. Negative racial stereotypes associating African-American men with crime have resulted in deeply engrained and widespread bias against members of this group. Even individuals who actively reject negative racial stereotypes can nonetheless be influenced by biases of which they are not even aware. Thus, implicit racial bias can influence decisionmaking, even where decisionmakers think they are being fair and unbiased. Unsurprisingly, police officers are not immune, and perhaps, given the nature of their work, are even more prone to be influenced.

Though implicit bias is now better understood, courts have not yet adapted to address the many concerns that recent studies have raised. Some organizations have made efforts to learn from available research and to strategize *752 how best to address widespread unconscious racial bias in the courtroom. While there has been significant focus on how courts can reduce bias in areas such as juror decisionmaking, however, less has been said about how courts might address implicit biases that are more firmly rooted in laws and procedures. For example, while much more is known about implicit bias since the Supreme Court made its decision in Whren, courts are still bound to follow the legal standard set forth in that case--a legal standard that assumes that police officers' perceptions and judgments about what they observe are not tainted by racial bias.

This Essay challenges courts to acknowledge and address racial bias in the courtroom at a more fundamental level. It discusses the limitations of judicial review, which fails to appreciate the potential impact of implicit racial bias on a police officer's assessment of a citizen's behavior. Specifically, it focuses on the Supreme Court's Fourth Amendment reasonable suspicion analysis and explains how the potential for biased decisionmaking is worsened in a legal system where race is deemed legally irrelevant, and as a result not meaningfully considered. Moreover, this Essay discusses the specific challenge of cognitive shortcuts that can mask implicit racial bias, limiting a court's ability to recognize its potential influence and thus engage in a robust review of police officers' actions.

Part I discusses how implicit bias can impact an individual's judgment and subsequent decisionmaking. This Part will focus on implicit racial bias, and address the impact that embedded knowledge structures can have on how individuals process information.

Part II discusses Fourth Amendment standards for assessing the lawfulness of police stops and how these standards fail to acknowledge the influence of implicit racial bias. The reasonable suspicion test is meant to balance the need for police intrusion against the constitutional infringement caused by the intrusion on private citizens.

This Part will illustrate the role that implicit bias can play when courts engage in judicial review of police officers' decisionmaking in circumstances that can trigger racially biased thinking, but in which the influence of racial bias is ignored. Ignoring the potential influence of race can skew the conversation in the courtroom and lead to an overestimation of the need for police intrusion. Specifically, this Part will discuss, first, how the “objective facts” test articulated in Terry v Ohio fails to account for the impact of implicit racial bias on police officers' perceptions of citizens' ambiguous behaviors. Second, *753 this Part will discuss why legal standards encouraging courts' reliance on police officers' experiences relieves courts of the need to demand explanations for police officers' assumptions that may in fact be the result, not of sound reason, but rather of racial bias. Third, this Part discusses how courts' failure to acknowledge the role that race can play in police officers' decisionmaking leads to court findings of reasonable suspicion that appear to be based less on objective facts and more on racial stereotypes.

To justify a police stop, police officers must be able to point to “specific and articulable facts ... taken together with rational inferences,” to justify reasonable suspicion. Police officers are not to rely on a mere “hunch.” Implicit bias, however, can impact a police officer's judgment as to what is suspicious behavior. Racial stereotypes can work unconsciously in the background, shaping the officer's perception. Stock stories can play a role, providing a familiar narrative structure, and filling evidentiary gaps with assumed knowledge.

To effectively review police conduct, courts need to be able to critically assess police officers' factual assertions, seek explanations for police officers' logical leaps, and consider the relevance of race. But, to do so, courts need to be aware of the embedded knowledge structures that are working behind the scenes, and to be able to “unpack” them. For example, concerning the police officer's testimony in Mason, it would be important for a court to consider the pull of the stock story of black men as criminals that may have been at work in the police officer's subconscious. Indeed, a court should consider critically the strength of the evidence as it hears a police officer testify that a defendant seemed to be acting in a nervous manner, or even that a single key on a key ring could reasonably signal drug activity. However, in addition to considering the strength of the evidence, courts might try to find ways to separate the observable facts from the meaning that readily attaches to them. Judges might consider alternative narratives that match the police officer's stated facts, or consider whether the police officer's story makes sense if you change the race of the defendant.

While they represent alternative narratives, stories of African-American males' police encounters told outside the courtroom have seemed to gain little traction inside the courtroom. Perhaps the tides are turning. In a recent case, Commonwealth v. Warren, the Massachusetts Supreme Judicial Court considered reported findings of racial profiling in Boston in its reasonable suspicion analysis of a case involving a black male defendant. In Warren, the court concluded that “the finding that black males in Boston are *769 disproportionately and repeatedly targeted for [police] encounters suggests a reason for flight totally unrelated to consciousness of guilt.” The court further instructed that “[g]iven this reality for black males in the city ..., a judge should, in appropriate cases, consider the report's findings in weighing flight as a factor in the reasonable suspicion calculus.” In challenging long held factual assumptions based on new information, the Massachusetts high court's decision drew notice for its deviation from the status quo.

As the Massachusetts decision demonstrates, stories told outside the courtroom can play an important role in uncovering implicit bias. Stock stories work to maintain the status quo, presenting a dominant narrative that often goes unchallenged. But, counter-stories can help judges to develop a more critical ear: “Underneath the stock stories are numerous, teeming stories that talk back to the stock stories, that challenge them, that speak otherwise.” Indeed, “[g]iven their special vantage point, concealed stories can teach us much about stock stories.” Juxtaposed to stock stories, counterstories can work to dismantle stock stories as truth and instead make them “just another story among many.”

To address implicit bias at a more fundamental level, it is important that courts move beyond the mislabeling of ambiguous evidence as “objective facts,” and the myth of police officers as infallible experts who are not vulnerable to the influence of racial bias. Most importantly, courts must recognize the legal relevance of conversations about race in Fourth Amendment analysis, and its necessity for meaningful judicial review.

Professor Sherri Lee Keene is the Director of the Legal Writing Program at University of Maryland Carey School of Law.