How to Get Away with Murder: When a White Male Police Officer Kills a Young Black Person

Excerpted From: Mitchell F. Crusto, How to Get Away with Murder: When a White Male Police Officer Kills a Young Black Person, 79 Washington and Lee Law Review Online 1 (January 18, 2022) (62 Footnotes) (Full Document) 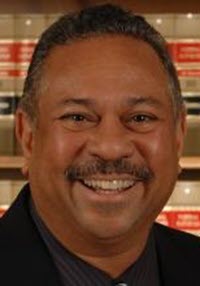 Every day, millions of Americans fear for their safety due solely to the color of their skin. Throughout this country, Black people are constantly subjected to acts of state-sanctioned terror when encountering the police because of systemic racism in policing. Customary, but flawed, police practices such as the use of lethal force, no-knock warrants, racial profiling, and stop-and-frisk programs are to blame. This over-policing of Black people and other racial minorities often results in tragedy--the needless killing of innocent Black people followed by a failure to hold the police officers who killed them accountable. Recently, the United States faced an important test of systemic racism--the criminal trial of Derek Chauvin, the Minnesota police officer who killed George Floyd. While Chauvin was found guilty, the conviction and sentencing of an obvious abuser of police authority does not end the Black Lives Matter movement. It is obvious that some members of Congress believe that the crisis in policing has come to an end, as they have stalled the enactment of the George Floyd Justice in Policing Act of 2021.

This Article argues that the struggle to protect the innocent lives of Black people does not end with the conviction of Derek Chauvin. This Article first describes how the United States Supreme Court has developed legal doctrines that effectively exonerate police officers who kill Black people. It then urges the nation to pressure Congress to enact police reform now. Furthermore, this Article recommends a front-end, transformative solution to police killings of Black people: a total ban on the police use of lethal force.

Police use of lethal force faced sharp criticism following widely-publicized, controversial police killings of Black people, including children. Police officers kill Black people at rates more than twice those of whites. Statistics show that when police kill people, it is most likely a white male police officer who fatally shoots a young Black man. Such police killings of Black people are modern-day “lynchings”-- state-sanctioned executions that, under the pretext of administering justice but without trial, torture and kill Black people, terrorizing them, thereby maintaining white supremacy in the economic, social, and political spheres.

Police killings of Black people occur throughout this country in routine, unexpected circumstances. It can happen in the dead of night, while asleep in the privacy of one's home, which is exactly what happened to Breonna Taylor. Taylor was killed by eight of the several rounds fired by three white male plainclothes police officers who used a battering ram to force open the door while raiding her home pursuant to a no-knock warrant. Tragedy can also happen in the light of day for the world to witness, such as in Minneapolis on May 25, 2020, when the media broadcast a cell phone video of four police officers detaining George Floyd, who was handcuffed and lying face down in the street. One white male officer continuously pressed his knee to Floyd's neck while Floyd repeatedly cried out, “I can't breathe.” The chokehold lasted for about nine minutes, resulting in Floyd's death.

Black people can be shot by police officers for falling asleep in the drive-thru of a fast-food restaurant. Such was the case in Atlanta on June 12, 2020, when Rayshard Brooks, a twenty-seven-year-old Black man, was shot and killed by a white male police officer. Brooks was shot twice in the back as he ran away from two police officers. His crime was “driving” while intoxicated, despite being asleep and parked in a Wendy's drive-thru. Or, as in another tragedy, a Black person can be killed by police officers simply for walking home, as when the police killed a young, unarmed Black man in Aurora, Colorado, on August 24, 2019. Elijah McClain, a twenty-three-year-old Black man, was stopped by white police officers. One officer placed McClain into a carotid hold, cutting off the flow of oxygen to his brain. Paramedics gave McClain ketamine to sedate him, and the officers held him down for fifteen minutes as McClain went into cardiac arrest. McClain was declared brain dead on August 30, 2019.

The police shooting of an eighteen-year-old Black man, Michael Brown Jr., in Ferguson, Missouri on August 9, 2014, followed by the acquittal of his shooter, white Ferguson police officer Darren Wilson, again made the world aware of the systemic racism in America's police forces. Police killings of Black people tend to have psychological impacts on the community at large. These impacts are especially traumatic when the law fails to prosecute a police officer who commits egregious acts against vulnerable Black citizens. For example, on November 22, 2014, in Cleveland, Ohio, twenty-six-year-old white police officer Timothy Loehmann shot and killed Tamir Rice, a twelve-year-old, unarmed, Black child playing in a playground. Loehmann was not indicted for his crime.

In addition to the terror that Black people face when interacting with police officers, they must also fear white people acting under the pretext of the law. For example, near Brunswick, Georgia on February 23, 2020, Ahmaud Arbery, a Black man, was jogging when two white men, claiming they acted as civilian law enforcement, shot and killed him. Similarly, on February 26, 2012, in Sanford, Florida, a seventeen-year-old Black child named Trayvon Martin was killed by George Zimmerman, a white man and self-appointed “neighborhood watch coordinator.”

Police use of lethal force against Black people compels an examination of the legality and the morality of the practice. It raises disturbing questions about racial animus, systemic racism, and institutional racism against Black people. However, more disturbing is that police officers who kill people, particularly Black people, are judged by a legal standard that makes those officers unaccountable for using lethal force. This raises the question: Under the United States Constitution, do Black lives matter?

As a result of Supreme Court doctrines, Black lives do not matter. By failing to hold police officers accountable for taking the lives of innocent people, the Supreme Court continues to support systemic racism. In respecting the sanctity of Black lives, this Article supports a ban on the police authority to use lethal force, except in true self-defense.