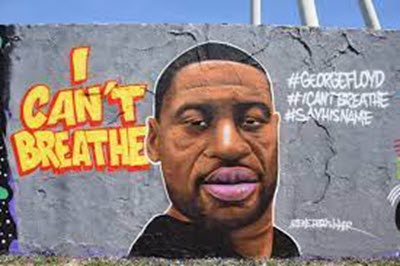 The following is a proposed code that the government, courts, and policymakers should adopt to provide past, present, and would-be victims of police use of lethal force with the protection ensured to them by the U.S. Constitution.

Recognizing the symbiotic relationship between the police and the community, any solution to reform police practice seeks to reach two interrelated goals: (1) to protect persons from the use of lethal force by police officers, and (2) to renew public confidence in the integrity of policing.

To achieve these goals, it is proposed that the government, at all levels, including Congress, the federal judiciary, and the Executive branches, as well as state and local governments, absolutely prohibit the police use of lethal force. Specifically, it views such force as an execution and a modern-day form of lynching.

The Constitution, public policy, and morality demand that police officers be banned from using lethal force. Further, equal justice demands that an offending police officer be held criminally liable, contrary to qualified immunity and current Fourth Amendment jurisprudence. Specifically, it requires that any police officer who kills a person be judged as if that officer were acting as an ordinary citizen, without the benefit of qualified immunity. It also mandates a thorough, federal investigation and, where appropriate, prosecution of all incidents of police use of lethal force. To behave otherwise would arguably violate the Cruel and Unusual Punishment Clause of the Eighth Amendment. Furthermore, under the Fifth and the Fourteenth Amendments, the government has a solemn and sworn duty to act to protect the private citizen against all wrongful governmental infringements of the fundamental right to life.

The legislative solution is proposed herein as the George Floyd Anti-Lynching Code (the “GFAC”), which provides as follows:

Whereas, there is a cultural and political shift relating to the police use of lethal force;

Whereas, there are ongoing efforts at every level of government to address the negative impacts on our criminal justice system, including racial inequities, wasted resources in the policing, prosecution, and incarceration of such offenses in crowded prison conditions, and the collateral consequences of these offenses;

Whereas, systemic racism has produced negative, collateral damage to the lives of millions of Americans, creating a second-class citizenry;

Whereas, African Americans have been victims of racial injustice for centuries and suffer continuous harm by such past criminalization, imprisonment, or collateral consequences of having a criminal record;

Whereas, African Americans have been victims of centuries of racial injustice have and continue to be harmed by such past criminalization, imprisonment, or collateral consequences of having a criminal record and there is a recognized need to reconcile these past racial injustices;

Whereas, the U.S. Supreme Court has established a right to be protected against Cruel and Unusual Punishment in the death penalty, pursuant to the Eighth Amendment;

Whereas, the U.S. Constitution embraces the fundamental principle of the sanctity of life, with due process protection against wrongful infringement and the substantive due process through the penumbra of the Fourth, Fifth, Sixth, Eighth, and Fourteenth Amendments of the Constitution;

Whereas, the Cruel and Unusual Punishment Clause of the Eighth Amendment prohibits the government from killing a person, without due process and in a humane manner;

Whereas, a police officer's use of lethal focus violated the due process of a person, as it is an execution without a trial by jury, legal representation, and the presumption of innocence;

Whereas, incidents of police use of lethal force negatively impact the policing function, creating distrust between police and the communities they serve;

Whereas, existing federal legislation creates a federal crime when a state actor wrongfully takes the life of a citizen; and

Whereas, Section Five of the Fourteenth Amendment gives Congress the authority to enact this legislation.

Therefore, It Is Hereby Pronounced that the GFAC provides as follows:

(1) All levels and branches of government, to the highest extent of their powers and authorities, are hereby mandated to abolish all forms of use of lethal force. This mandate is self-evident and does not require supplemental action other than the immediate endeavors needed to facilitate these requisites.

(2) The Justice Department is hereby mandated to investigate each and every death of any person in the custody or under investigation or arrest by the police.

In the GFAC, the term “lethal force,” shall be defined as the amount of force deployed by a police officer that is likely to cause either serious bodily harm or death to another person, or actually causes serious injury or death to another person. Examples of mechanisms of lethal force includes, but is not limited to, shooting of firearms, chokehold, strangulation, stun guns aka tasers, shooting rubber bullets, attack dogs, the injection of ketamine, aggravated assault, simple battery, no-knock raids, and failing to come to a person's aid in a timely manner.

The GFAC shall be subject to strict judicial scrutiny. The legal standard for assessing criminal liability shall be whether the police officer who used lethal force did so in self-defense and/or in response to imminent lethal harm to another. The police officer will be considered innocent until proven guilty. This statute does not change the mens rea element needed to prove a case of murder or involuntary manslaughter or other criminality under state or local laws.