Blue Racing: The Racialization of Police in Hate Crime Statutes 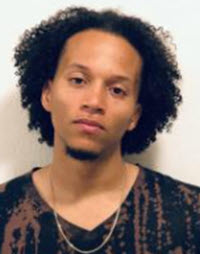 When one reflects on the 2010s, it will be hard to make the case that the visibility of police killings and the racial discourse surrounding policing was not a defining characteristic of the decade. The unarmed murders of Trayvon Martin, Michael Brown, Laquan McDonald, Alton Sterling, Freddie Gray, Eric Garner, Tanisha Anderson, Rekia Boyd, and Sandra Bland sparked protests and social discourse that spanned the decade. The 2020s are shaping up to be no different, as the recent high-profile shootings of Tony McDade, Jacob Blake, Adam Toledo, Breonna Taylor, Daunte Wright, and George Floyd have once again propelled law enforcement into the national spotlight.

Throughout U.S. history, many scholars have analyzed the relationship between race, law, and policing. The vast majority of research about policing has highlighted its relation to groups they police, focusing largely on practices, policies, or involvement in the racialization of minority groups. This scholarship has far outpaced research on self-serving actions by law enforcement--specifically, its self-interested racialization. A better grasp on the ways in which law enforcement racializes itself would provide a new lens for understanding race, law, and policing. Additionally, such an understanding would provide the appropriate context for policies and laws that are birthed out of police racialization.

To grasp how law enforcement uses racial categorization, I explore the racializingof police by police (“blue racing”) in the context of hate crime legislation. I argue that the passage of hate crime legislation that includes law enforcement, which I will refer to as “blue lives matter bills,” was not the result of increased violence or threats to officer safety, despite the rationale put forth by bill proponents. Instead, utilizing both Zakiya Luna's “racial framing” and Michael Omi and Howard Winant's “racial project” concepts, I argue that the inclusion of law enforcement as a protected category within hate crime statutes was a part of a racial project, engaged in by the “blue lives matter” countermovement, to prevent and criminalize protests that called attention to law enforcement abuse. Essential to this racial project was the blue racing of police. In this way, blue lives matter bill proponents used racial framing as a way to legitimize their claims of alleged oppression. This legitimization gave both the blue lives matter movement and legislatures the authority to punish and reprimand protestors under the guise of justice.

Blue lives matter bill proponents accomplished this maneuver by engaging in a racial project that framed law enforcement as racialized victims of oppression, in contrast to the Black Lives Matter movement and victims of police brutality. In essence, by using racial framing, proponents of blue lives matter bills could claim that they were protecting an oppressed group, rather than punishing or retaliating against protestors of police brutality. Racialization proved vital for blue lives matter bill proponents in achieving additional protections for policing, while also legally restricting the ability to mobilize against police.

I also suggest that scholars explore more nontraditional contexts where racialization might occur. Looking in traditional places limits our understanding of how racialization is arising and, more importantly, fails to adequately capture how police racialization garners legal protections at the expense of communities of color.

I first begin by providing overviews of the relationship between policing, law, and racialization. Afterwards, I provide context for hate crime laws. Next, I describe the methodology used for this research. I then present findings on blue racing. This Section of the Article not only describes blue racing, but also analyzes the claims made by blue lives matter bill proponents. The latter is crucial to understanding the true intention behind the push for police to be included in hate crime legislation. Lastly, I conclude by discussing the implications for blue racing and what can be learned from policing engagement in racialization.

Throughout this Article, I show that the emergence of blue lives matter bills occurred as a result of blue racing--the process of racializing law enforcement. The racialized “blue frame” arose out of a context which sought to displace and replace law enforcement critics', specifically Black Lives Matter's, claims of abuse and victimization. Increased scrutiny and accusations of racism from Black Lives Matter and protestors have seemingly made blue lives matter and law enforcement adopt a reactive strategy that characterizes officers as racialized victims, instead of engaging with Black Lives Matter claims in a productive way. Contrary to the blue frame, data reflect that law enforcement has not actually experienced increased violence and victimization, despite the central claims of proponents' racialization project.