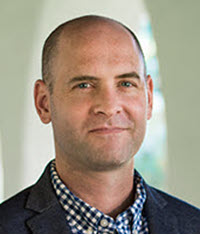 On the night of April 7, 2001, members of the Cincinnati (Ohio) Police Department (CPD) pursued an African-American man wanted on several misdemeanor charges through some of the city's most dangerous neighborhoods. After a brief chase, the police cornered their suspect--Timothy Thomas, 19--shot, and killed him. Thomas was the fifteenth Black male since 1995 to have died at the hands of the CPD. Two days later, the city erupted in protest. Over-the-Rhine, the bleakest of Cincinnati's several struggling, majority-Black neighborhoods, bore the brunt of the three-day outburst. Once again, a fatal police encounter had thrown an American city into chaos and enflamed a long history of tension between the city's Black community and its police department.

The incident--like the beating of Rodney King and the recent deaths of Michael Brown, George Floyd, Freddie Gray, Breonna Taylor, Alton Sterling, Botham Jean, and Philando Castile--reflected many of the most pressing and vexing social, economic, political, and civic problems in modern America. To some Cincinnatians, Timothy Thomas came to symbolize the loss of hope often associated with perceptions of intractable poverty and systemic inequality. To others, the incident simply reflected the actions of a violent, racist police department, either unwilling or unable to constrain its officers. In either case, the incident and its aftermath conjured the late 1960s, when city residents had last witnessed racial tension and injustice metastasize into widespread violence.

The anatomy of a police killing includes issues of race, class, power, and influence. It raises questions about the place of government in society, the proper relationship between citizen and state, and the role of pluralism and politics in our daily lives. This genus of problem has plagued America for decades. In the late 1960s, a long and historically complex set of perceived inequities boiled over. Across the country, hundreds died and hundreds of millions of dollars in property damage occurred as mostly African-American rioters lashed out in “bitterness and resentment” against “segregation and poverty” in cities as diverse as Tampa, Buffalo, and Los Angeles. Today, residents in Ferguson and Minneapolis experience similar injustices and draw on similar language to describe their desperation--just as Cincinnatians did in the wake of Timothy Thomas's shooting. Indeed, protest and insurrection are seen as the only viable answer to police violence and the persistent, unyielding oppression it signifies.

It is important to note that despite this stasis, the federal government's response to police violence has changed significantly over time, both in the language used to frame the issue and the legal and policy instruments available to address it. In 1968, at the behest of President Lyndon Johnson, a bipartisan group of politicians and civil servants set out to explain this turbulence. Though the Kerner Commission's diagnosis was sweeping, much of its focus centered on the police. In one of the earliest and most important public recognitions of the profound connection between race and police behavior, the Kerner Commission Report “cited deep hostility between police and ghetto communities as a primary cause” of the violence. Federal funds poured into social services, housing, and job programs, as the Supreme Court was remaking the relationship between police and the communities they served. There was a clear acknowledgment of the broken relationship between municipal police and their Black constituents, but no formal mechanism for federal intervention.

Today, federal capacity to promote police-community relations has increased substantially. In fact, Section 14141 of the 1994 Crime Act empowers the U.S. Department of Justice (DOJ) to investigate and drive reform of local agencies found to have engaged in a pattern or practice of misconduct. It is under this substantial authority that the DOJ intervened in the management of the Cincinnati Police Department in the wake of the Thomas shooting, as it has done more recently in Ferguson and Baltimore. Despite its dormancy under Trump, there remains broad confidence in the “pattern-or-practice” initiative as the primary means for addressing systematic misconduct in America's police and sheriff's departments.

The House Judiciary Committee cited Section 14141 in calling for a federal investigation into the 2020 police-involved deaths of George Floyd, Ahmaud Arbery, and Breonna Taylor. Prominent civil society organizations, including the U.S. Commission on Civil Rights, the Leadership Conference on Civil and Human Rights, the National Association for Civilian Oversight of Law Enforcement, and the American Society of Criminology, urged a similar course.

As a presidential candidate, Joe Biden placed pattern-or-practice reform at the center of his team's criminal justice policy, asserting that:

Under the Biden Administration, the Justice Department will again use its authority to root out unconstitutional or unlawful policing. The Biden Administration will reverse the limitations put in place under President Trump, and Biden will appoint Justice Department leadership who will prioritize the role of using pattern-or-practice investigations to strengthen our justice system.

Active enforcement of Section 14141 affords the federal executive branch significant power in promoting lawful policing. Under this authority, the DOJ has guided dozens of law enforcement agencies through a process designed to remedy systemic unlawful activity and establish systems built to enable a more accountable and transparent brand of policing. And yet, a close examination of these efforts over the last twenty-five years raises significant questions about whether the pattern-or-practice initiative is positioned to deliver on the hopes attached to it. Indeed, until the DOJ moves away from the exclusive reliance on technocratic solutions to address the symptoms of problems rooted in racial inequity, and instead positions pattern-or-practice reform to address the deep mistrust between police and communities of color, the aims of this effort will continue to fall short.

This Article begins with a brief history of Section 14141 and a review of the negotiated settlement process that defines the DOJ's role in reshaping unlawful agency practices. From there, the focus shifts to the substance of these reform efforts, with a particular eye toward the rather narrow role that race plays. The paper closes with an argument for the future of pattern-or-practice reform to include a more explicit, proactive incorporation of racial dialogue.

Timothy Thomas was shot and killed by a Cincinnati police officer just over twenty years ago. His death sparked a days-long uprising and led directly to a reform effort that forced deep changes to the department's key policy and training regimes and its internal and external accountability infrastructure. Alongside the federally led effort was a private settlement originating from the same series of events that reimagined the city's approach to public safety. Where the federal reform was top-down and largely unilateral, the collaborative agreement was built from the bottom up, based on community input and the voices of organized stakeholder groups, including groups representing the city's Black community and its police union.

Taken together, the federal settlement and the collaborative agreement represent one of the most ambitious--and aggressive--police reform efforts in recent memory. The fate of the intervention also shows how complex and how wicked the problem of systemic police misconduct remains. To intervene and attempt reform is to run against several powerful and long-standing forces of inertia. Police agencies, like all complex organizations, are defined by a network of rules, norms, and subcultures. To attempt reform is to interrupt patterns of thinking and behavior that have been entrenched over decades. The same is true among members of the political class, who may feel beholden to powerful police unions or other majoritarian constituencies that oppose changes that may upset the status quo or increase fear that crime or disorder will harm their businesses or increase in their neighborhoods. Efforts at police reform are often met with cynicism in Black and Brown communities, as well, for reasons that should be clear.

The DOJ's pattern-or-practice initiative offers a powerful, but temporary, disruption. The legal mandate that enables the process and the external accountability that drives it to disappear when the settlement is terminated. Released from the threat of extended oversight or the embarrassment of a contempt order, police departments have little to motivate adherence to a more challenging approach to the job.

Steps taken during the Obama administration to build community engagement and support for the process were designed not only to promote trust and legitimacy but to build a more robust community-based accountability infrastructure. The DOJ has been too conservative along these lines, however, incorporating community-based tools in select jurisdictions and doing so in a selective, piecemeal fashion. Apart from the crime-related benefits of such an investment, committing fully to this effort has the potential to help sustain the organizational changes brought on by the federal intervention. The Cincinnati CA is a useful reference point for what such a program might look like. The CA's explicit effort to reach out to members of Cincinnati's Black community is central to what makes this example so valuable. There are others, including local efforts in Pittsburgh; Charlotte, North Carolina; Chicago; and Dayton, Ohio, to name a few. The work being done by the National Initiative for Building Community Trust and Justice is another initiative worth highlighting. The organization is currently evaluating “existing and newly developed interventions informed by implicit bias, procedural justice, and reconciliation” in six jurisdictions, including both Pittsburgh and Minneapolis. There are many others worthy of emulation or partnership.

Members of the Black Lives Matter movement have worked hard over the last few years to keep the issue of race and policing in the national conversation. Governments at all levels have struggled to meet the moment, with many floundering in the face of political pressure from the left and right, from protesters and police. The Civil Rights Division sits on an opportunity to engage and lead, to use its strongest tool to help in the pursuit of meaningful, lasting solutions. In a 2017 report documenting their work enforcing Section 14141, the Civil Rights Division noted that since the program's inception, a “focus on fixing broken systems and building police-community trust remain[s] the consistent themes of the Division's pattern-or-practice police reform.” More aggressively emphasizing the latter, particularly by reaching out to members of the Black and Brown communities, will help to sustain changes made in pursuit of the former.