The End of School Policing 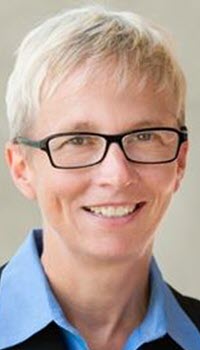 Over the last two decades, police officers have become permanent fixtures in public schools. While fewer than one hundred police officers worked full-time in schools in 1970, today that number has risen to between 20,000 and 30,000 officers patrolling the nation's elementary, middle, and high schools. Amidst fears about juvenile crime in general and school shootings in particular, the decade between 1997 and 2007 saw an especially sharp rise in hiring.

This sharp growth in school policing has generated a substantial body of critical scholarship. Critics of school policing question whether police make students safer than they would otherwise be. They focus on how school policing criminalizes developmentally typical misbehavior and pushes students of color and students with disabilities into courts, jails, and prisons, creating a “school- to-prison pipeline.” They propose regulatory fixes aimed at ameliorating the harms of the pipeline.

This Article shifts the scholarly analysis from how officers police schools to whether they should be there at all. After demonstrating that the evidence surrounding the safety benefits of school police is weak, it explores how the rise of school policing is likely equally attributable to non-safety factors. Using critiques of community-policing theory as a framework, the Article then shows how school policing creates harms separate from and antecedent to the school-to-prison pipeline. Reviewing the minimal utility of law and policy at meaningfully regulating the police and analyzing insights from grassroots organizing opposed to school policing as well as the prison abolitionism movement, the Article argues that policymakers should consider removing police from schools.

The Article develops the argument over three parts. Part I expands our understanding of why police are in schools. Conventional wisdom suggests that school administrators have sought out police for safety reasons and that police do, in fact, make schools safer. Yet the evidence base for the safety benefits of school policing is mixed and inconclusive. This Part takes up three explanatory factors largely unexplored in legal scholarship. First, federal and state funding incentivizes the hiring of school police. Such funding is less likely to be available for other, non-law enforcement means of enhancing safety, such as hiring or increasing the number of school-based mental health staff. The second factor is what national security scholars describe and often deride as “security theater”-- highly visible personnel as well as physical mechanisms that create the appearance of enhancing safety without actually improving it. The third factor is the legitimacy-building interests of law enforcement, which police perceive to be especially compelling in schools with large concentrations of Black and Brown students.

Part II illuminates a broader range of negative impacts from school policing than is captured in the scholarly and popular literature on the school-to-prison pipeline. The existing commentary often criticizes policing's role in pushing students out of schools and into courts, jails, and prisons. I argue in this Section that school policing, even when it does not function in this way, nonetheless creates harms.

To analyze these harms, this Section draws on literature explaining and critiquing community policing. While scholars have not highlighted this fact, school policing is a version of community policing. Outside the school context, scholars have cogently critiqued community policing, and it turns out that those critiques help bring school policing's non-pipeline harms into focus. First, while community policing, in theory, relies on partnerships between law enforcement and communities, in practice, these are not partnerships of equals; when a community's priorities clash with a law enforcement imperative, the latter will prevail. This unequal relationship lays the groundwork for a second critique--namely, that officers, rather than community members themselves, can decide whose opinions and perspectives in a given community should be afforded weight. Accordingly, officers can cherry-pick those community members whose views most closely align with law enforcement. Third, community-policing initiatives may serve to tamp down and co-opt bubbling grassroots resistance--as one scholar says, to buy peace rather than to earn it.

Each of these three critiques has salience in the school-policing context. First, despite the nomenclature of a school-police “partnership,” law enforcement officers can override how administrators and teachers wish to handle student misconduct. Such interference in discipline administration creates governance harms within the school, as teachers and administrators are prevented from handling teachable moments as they see fit.

Second, while deputizing school police to perform teaching and counseling functions may seem an efficient use of personnel resources, this arrangement can create pedagogical problems and help facilitate the criminalization of students. School police officers frequently perform teaching and counseling tasks for which they are unqualified. Officers can take advantage of students' diminished legal rights and developmental immaturity by manipulating their teaching or counseling roles to obtain information they can then use to interrogate, arrest, and charge students.

Finally, school policing stifles dissent and normalizes surveillance. In particular, it normalizes a racialized version of surveillance that targets Black and Brown students, as well as students with disabilities and low-income students. As a result, all students receive--and may internalize--an inaccurate message that members of marginalized student groups are uniquely a threat to others. Such a message is deeply damaging in an environment ostensibly intended to educate students, nurture identity development, and encourage the growth of proto-citizens.

Part III makes a prescriptive claim: policymakers should consider removing, rather than merely regulating, school police. Standard regulatory mechanisms have done little to rein in the problematic aspects of school policing. As the state and federal cases discussed below illustrate, the triad role that characterizes school policing makes it practically impossible for students to prevail on legal claims. Also of minimal utility at effecting change in police behavior are the voluntary agreements entered into between law enforcement and schools. There are few requirements pertaining to eligibility and training of school police and those that exist are difficult for students, parents, and other school community members to enforce.

But the argument against school police does not draw its normative heft only from the weakness of any given regulatory mechanism at changing school-police behavior. Instead, I consider the question of safety more capaciously than educational decision-makers often do and show how school policing can interfere with safety rather than promote it. In so doing, I draw from the grassroots organizing against school policing--led primarily by the Black and Brown students and their families most negatively affected by it--that prompted several large school districts in the summer and fall of 2020 to sever ties with police departments. These districts constitute a notable counterexample to the steadily upward trajectory of police hiring over the last three decades.

This movement overlaps in important ways with prison and policing abolitionism, which sees safety as arising not only from accountability for interpersonal harm but also from funding structures that ensure living-wage jobs and community-based programs that can prevent offending in the first instance. Abolitionism also prioritizes non-carceral mechanisms for responding to offending when it occurs.

Taken together, insights from these movements suggest that a rich curriculum, after-school activities, and equitable financing may level out the educational playing field. What's more, they support the creation of non-reactive and non-punitive responses to in-school offending, such as restorative practices. Part III combines the insights from Parts I and II to create a set of considerations for the benefit of education policymakers considering removal of police from schools.

Notwithstanding these potential hurdles, grappling with the threshold question--why should police officers be permanently assigned to public schools?--yields important explanatory and conceptual payoffs. As this Article has shown, the evidence base for the safety benefits of school policing is mixed and inconclusive. The reasons for school policing's rapid growth lie in factors other than student safety. Moreover, as the literature critiquing community policing helps us see, school policing creates governance and pedagogical harms even when it is not actively pushing students into the school-to-prison pipeline. For all these reasons, as grassroots anti-police organizers and abolitionist activists and scholars argue, considering the end of school policing is long overdue.