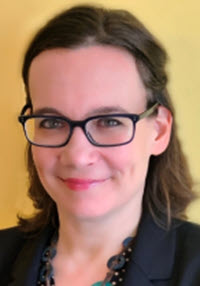 School police are a common presence in elementary and secondary schools across the nation. The National Center for Education Statistics found that 51.2% of K-12 schools had a sworn law enforcement officer during the 2017-2018 school year. School police, often called “school resource officers” (SROs), are fully commissioned police officers assigned to a particular school or set of schools. The stated purposes and goals of SROs include addressing crime issues in and around schools, developing crime prevention programs, training students in conflict resolution, serving as a resource to school staff members, and developing safety protocols for schools. At best, research remains mixed as to whether SROs effectuate these objectives.

Despite these disparities, SROs continue to be prevalent in schools, causing children to be harmed. In fall of 2019, an SRO in Orlando, Florida arrested two six-year-old children; the incident was widely publicized in the mainstream media. One of the children, a first-grader, had a temper tantrum in class and was charged with battery. While there may be short-lived shock and outrage among the general public when an SRO arrests a Black first-grader, handcuffs a Black third-grader, or punches a Black high-school student in the face, sending him sprawling to the ground, these events currently tend to be treated as isolated incidents rather than parts of a pervasive system of criminalizing and hurting children.

This Article argues that these discrepancies across race and disability, coupled with the threat and harm that SROs pose to Black students, particularly Black disabled students, make the presence of police in schools unacceptable. This Article uses Disability Critical Race Theory (DisCrit) to analyze school police reform and abolition efforts and proposes a mechanism to effect abolition. Much of the current academic scholarship advocates for various reforms to improve school policing, while leaving its infrastructure largely intact. This Article rejects reform, instead advocating for abolition of school police.

This Article proceeds in three parts. Part I begins by examining the legal structure of SROs. This Part positions the current era of school police as an outgrowth of the “tough on crime” era of the 1980s and 1990s. This Part also considers the different roles of SROs and summarizes research on their effectiveness.

Part II of this Article uses the DisCrit theoretical framework developed by Professors Subini Annamma, David Connor, and Beth Ferri to illustrate how SROs may pose different risks to Black children, particularly Black children with disabilities. This Part then examines the Police Free Schools Movement under a DisCrit analysis, which has received increased national attention in the current political climate. This Part explores some of the differences in reform measures versus abolition and concludes with a discussion of what schools could look like if police were removed and the respective funds associated with school police were thus reinvested in other sources.

Part III considers legal theories that would allow for removal of police from schools, with the intent of proposing changes that are consistent with DisCrit. To that end, Part III focuses on how the use of SROs can be subject to heightened judicial scrutiny. Specifically, this Article considers Professor Derek Black's 2016 article proposing using state law to subject school expulsion and suspension practices to heightened scrutiny. This Article proposes extending this theory to encompass the use of SROs. This Part then situates this proposal in the context of DisCrit. This Part also recognizes and addresses limitations of this proposal, with respect to both legal and political anticipated challenges.

In closing, this Article addresses important related areas for future study, including other populations of children who may be at risk of harm from SROs and issues with school policing that have developed amid the COVID-19 pandemic.

While this Article focuses on harms to Black children, including Black children with disabilities, other populations of children may be at increased risk of harm by school police as well. There are differences in how other children of color, boys, girls, and gender nonconforming children are subject to school discipline, including referral to law enforcement and school-based arrest. These are areas that merit further research under a DisCrit analysis.

As discussed in this Article, there are several serious considerations of how a federal fundamental right is superior to a fundamental right based in state law. This Article does not dispute these arguments. Right now, in our current political landscape and the current composition of the U.S. Supreme Court, a path to federal fundamental right remains foreclosed in the face of San Antonio v. Rodriguez. Perhaps that will change. Robinson notes potential future change in the federal landscape. Robinson posited that despite the losses in Gary B. and Martinez, the new cases being brought in federal court are an indication that “advocates may develop additional theories for relief in federal court that could spark further litigation” and “the return to federal court confirms what scholars and advocates have contended for some time: state courts should not remain the sole arbiters of claims regarding the inadequacies and inequities of public schools.” If a fundamental right is recognized in federal court, that could be a powerful mechanism in the struggle against school policing. Right now, however, this Article seeks to direct attention to another possible pathway to support education for our children. Heightened scrutiny in state court is one possible mechanism to remove of school police. While SROs interfering with a state constitutional right to education is a novel proposition, it could be a powerful tool to effect immediate change in school policing.

The stakes for Black children in schools across the country could not be higher. The proposals set forth in this Article seek to provide an alternative opportunity to assess school policing. If the state court venue is an option that has not yet been foreclosed or exhausted, it merits consideration.

At the beginning of March 2020, shortly before schools closed due to the COVID-19 pandemic, a school police officer assaulted a Black four-year old with disabilities. Despite ubiquitous remote education throughout the country, school policing persisted during the COVID-19 pandemic. In August 2020, three days into the new school year, a twelve-year old Black child was suspended from virtual school for playing with a toy Nerf gun during remote instruction. The school sent a police officer to the child's home, terrifying the family. In March 2021, police were called on a Black seven-year old child with autism for taking off his face mask on the school bus, despite a doctor's note stating that this behavior was related to his autism and he should not be excluded from school on that basis. School police are not new, nor are the disproportionate effects of school policing on Black children. An opaque and complex web of law and policy have created today's massive school policing infrastructure. Given the racism and ableism underling these laws and policies, it is not difficult to recognize that the system disproportionately affects Black children and Black children with disabilities. Under a heightened scrutiny framework, striking down the policies that install school police would be a blunt and meaningful step toward a just education for all children.

Visiting Assistant Professor of Law, University of the District of Columbia David A. Clarke School of Law.