Surveillance of Black Lives as Injury-in-Fact 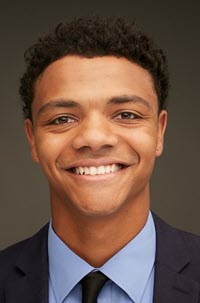 In June 2016, a Facebook profile under the name “Bob Smith” messaged several accounts belonging to political activists in the Memphis area. Posing as a person of color, Bob Smith “liked” pages related to social justice--such as Black Lives Matter and Mid-South Peace and Justice--and “friended” several Black leaders and professionals in the Memphis area. In actuality, “Bob Smith” was an account created and managed by Sergeant Timothy Reynolds, a white detective in the Memphis Police Department's Office of Homeland Security. The account was but one component of a large surveillance network that flagged and collected information on Black activists and their associates. The Memphis Police Department shared the intelligence it collected with federal, city, and private-sector entities, including the U.S. DOJ; the Memphis Light, Gas and Water Division; and FedEx. Undercover and plainclothes police officers used the information to monitor innocuous events hosted by Black Memphians, including a Black-owned food truck festival and a memorial service for Darrius Stewart, a Black teenager killed by Memphis Police in 2015.

Memphis is just one example of an experience far too common in Black communities. Indeed, for Black Americans, mass surveillance predates globalization and digitization by centuries, reaching back to the transatlantic slave trade. Surveillance, particularly surveillance conducted by law enforcement, has important consequences, namely overcriminalization and suppressed political mobilization. These consequences illustrate how mass surveillance reifies Western racial hierarchies and acts as a tool in maintaining social control.

A groundswell of activists and community leaders are leading a movement to shift resources away from police and prisons, while legal scholars are beginning to imagine a radically different future for public safety and rehabilitation. Within the discourse on abolition, however, some have suggested replacing the role of prisons and police with a larger and more complex surveillance apparatus. Yet surveillance technology--in the hands of law enforcement or otherwise--may create and exacerbate the same problems generated by traditional surveillance and policing methods.

A plaintiff must possess standing to sue in federal court. In other words, the plaintiff must demonstrate that the defendant caused a concrete injury and establish that a judicial decree can provide redress. Standing requirements, however, have been unclear in the surveillance and data breach contexts, leaving some to wonder if anyone can meaningfully challenge the constitutionality of a government surveillance program before harm has been inflicted. The CRT approach helps resolve this ambiguity by demonstrating the likelihood that unchecked surveillance will inflict harm on Black communities, akin to how litigants have established standing in other contexts.

Communities of color, and Black communities in particular, have endured conditions of perpetual surveillance, oppression, and confinement throughout American history. A future free from the vestiges of past oppression requires dismantling apparatuses, such as the expansive surveillance capacity of law enforcement, that exist free of legal limits. The persistent watching, policing, and patrolling of Black youth, activists, and leaders, on the digital plane--in a world increasingly dependent on the digital sphere to facilitate political mobilization--creates a substantial likelihood of harm in myriad forms. These circumstances lay the groundwork for individuals and communities susceptible to these harms to demonstrate injury-in-fact and establish standing. Grounding modern approaches in historical context may resolve issues of standing vis-à-vis challenging government surveillance and clear a pathway not only to remedying the legal harm currently inflicted on Black communities, but for all potential victims of the harms of government surveillance.