Bans with No Bite: Why Racial Profiling Bans Are Unable to Create Racial Justice in Policing 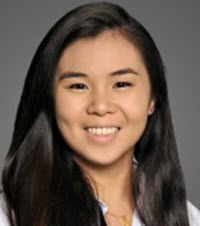 Over the summer of 2020, the nation faced yet another reckoning over policing and use of force. Once again, the nation stood witness to mass protests against the use of force in policing and, more broadly, the fraught relationship between communities of color and the police officers that are meant to protect them. Once again, police reform is being seriously discussed at multiple levels of government across cities in multiple states. And, once again, renewed interest in police reform has led activists to propose a broad variety of policy, legislative, and judicial proposals.

In order to investigate the racially disparate impact of policing, it is imperative to critically interrogate the nature of police-civilian interactions and how these interactions may be infected by individual bias. Traffic stops represent one of the most common forms of police-civilian contact, and thus are a fitting category of interaction to serve as a target for this type of inquiry. Traffic laws in the United States are generally extremely broad; they tend to “regulate the details of driving in ways both big and small, obvious and arcane.” The breadth of such codes and the latitude offered to officers in enforcing them make traffic violations potent openings that officers can exploit to investigate persons they would not otherwise have the requisite suspicion to investigate. As a result, millions of people each year interact with the criminal legal system by way of traffic enforcement. While traffic enforcement may seem harmless in the long run, perhaps even crucial to public safety, the reality is that traffic stops can serve as an opening to more severe penalties. From a valid traffic stop, an officer may, for example, order the driver to exit the vehicle, run background and related records checks on the driver, and conduct certain limited searches of the vehicle as well as the driver. Consequently, disproportionate application of traffic enforcement will necessarily reinforce racialized patterns in policing, as it will continue to bring certain groups into contact with the criminal legal system more often than others.

For decades, activists and community members have lamented the traffic stop as a vehicle for impermissible racial profiling. Generally defined, racial profiling is the practice of targeting individuals for crime enforcement or criminal investigation “based on [an] individual's race, ethnicity, religion or national origin.” While some states currently have laws that meaningfully prohibit racial profiling, the majority do not. Even fewer specifically prohibit the use of race as a factor to any degree in selecting who to subject to routine investigation, like a short traffic stop.

Laws against racial profiling may seem like a commonsense place to start in terms of addressing the racially disparate impacts of policing. In response, this Note makes two arguments. First, even the most robust bans against race-based policing are alone insufficient to address the issue of policing's racially disparate effects, which can be demonstrated by the enduring inequality in traffic enforcement nationwide. Definitional defects, judicial interpretation, and lack of effective enforcement mechanisms work both separately and together to undercut the policy goals that are held up to justify such bans. Second, given the inefficacy of statutory bans, jurisdictions should pursue change through other state-level reforms, either through aggressive interpretation of state constitutions, or alternatively by changing their police forces' approach to traffic stops.

The argument proceeds in three parts. Part I begins by giving an overview of the history of racial profiling and the role that pretextual stops have played in the perpetuation of racially biased patterns in policing. It then examines how the current state of the law makes traffic stops particularly vulnerable to selective application, subsequently enabling officers to bypass prohibitions on race-based policing. Part I ends by explaining why state-level reform is better suited to addressing the racially disparate impact of traffic enforcement than federal reform. Part II analyzes police traffic stop data to determine whether there has been any downward trend in the overrepresentation of Black drivers in the states that have enacted racial profiling bans as well as bans on race-based pretextual stops. Part II then goes on to identify the weaknesses in each law and then assesses how they may work individually and in tandem to undercut the intended purpose of the enacted racial profiling laws. Part III examines alternative proposals and assesses the strengths and weaknesses of each in turn.

When the defendants in Whren stood before the Supreme Court, they argued that the traffic code was too broad in scope for police officers to enforce it equitably. They were right. Study after study shows that when police officers are given the discretion to enforce the traffic laws as they see fit, they invariably do so in ways that disproportionately impact Black and Hispanic drivers. This may not solely be the result of conscious bias, but rather the result of centuries of systemic bias compounding upon itself. It would have been astounding if systemically ingrained biases could have been resolved simply by enacting broad statutory prohibitions on racialized policing. This analysis suggests the truth of that sentiment. Bans on racialized policing are not effective when other types of pretextual stops remain part of the policing playbook, even when combined with specific bans on race-based pretextual stops. As reform-minded jurisdictions begin to sort through the panoply of options available to them, one thing is clear: statutory bans on racial profiling and race-based pretextual stops, without more, do not go far enough. It is time for new ideas.