No Runs, Few Hits, and Many Errors: Street Stops, Bias, and Proactive Policing 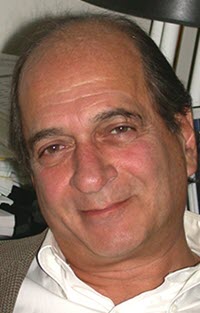 Racially selective law enforcement, or racial profiling by police, has been a contentious topic in both law and empirical research for decades. Not only have the ethical and constitutional implications of profiling been sharply contested, but evidence of its efficacy in reducing crime--after accounting for other enforcement efforts or particular police tactics--is inconsistent and often contradictory. In the wider debate on selective enforcement, questions of efficacy and other distributive criteria are intertwined with constitutional concerns on privacy and equality, as well as with normative questions on dignity and democratic inclusion.

These considerations are further complicated by policy and strategic features of contemporary policing. Since the 1990s, new developments in policing have emphasized proactive or preemptive policetactics focused on high crime areas and places with recurring criminal activity. Often, these new tactics included a broad application of the "investigative stop" or "field interrogation" police power that was first addressed by the U.S. Supreme Court in Terry v. Ohio. This power has been further delineated in a series of Supreme Court cases through several decades generally to shrink the rights of civilians in police encounters. New policing tactics have expanded the scope of pedestrian or vehicle stops based on individualized suspicion, as envisioned by the Terry Court, turning such stops into wholesale programmatic efforts aimed at maximizing police effectiveness.

The Terry Court created the jurisprudential and institutional space for the programmatic exercise of the police stop power through a standard of individualized and articulable suspicion that gave wide leeway to police officers. Suspicion was operationalized as the perception and belief of a "reasonable police officer" that "crime was afoot." Such suspicion--no matter how little or how much, or of what type--justified a seizure or temporary detention, so long as it was articulable. Justice Douglas, in dissent, termed this standard "reasonable suspicion," noting the uncertainty of the facts that would justify a "seizure" without a warrant." Questions about the proper bases for street and vehicular stops have persisted in the 50 years since Terry and have taken on new urgency in the past decade. This new urgency is driven by two developments: growing evidence of patterns of injuries and fatalities to civilians in police encounters, and racialized patterns of stops, searches, and police use of force in those encounters.

We use this framework to test for racial discrimination in pedestrian stops with data from the contentious "Stop, Question and Frisk" (SQF) program of the New York City Police Department (NYPD). The stops are regulated by both Terry (federal) and DeBour (New York) case law on reasonable suspicion. SQF produced nearly five million citizen stops from 2004-2012. A 2013 federal district courtopinion, Floyd et al. v. City of New York, held that the conduct of these SQF encounters violated both the Fourth and the Fourteenth Amendments, concluding that the practice amounted to "indirect profiling" coded in terms of the reasonable suspicion rationale for the stop.

We exploit these data to interrogate the Floyd court's claim. We assess whether these second order signals that crime is afoot, the indicia of suspicion that animate stops, meet Professor Reginald Williams' challenge on the accuracy of those signals. In fact, the evidence in this Article shows they do not, and in turn produces social and legal harms in the form of street detentions that risk both loss of liberty and risks of physical injury. We conduct five tests to assess whether racial discrimination infects SQF stops: the allocation of officers relative to crime and population in specific areas, the decision to sanction conditional on a stop, the decision to arrest or issue a summons conditional on the decision to sanction, the efficiency of stops in seizing contraband including weapons, and updating processes by officers in their search activity. In each test, we include the indicia of suspicion that officers indicated as the basis of each stop. For most of the estimates, we include benchmarks of crime and race to control for conditions that can influence police perceptions and decision making. We find consistent evidence of bias toward Blacks, Latinx, and Black Latinx persons and significant differences by race and ethnicity in the use of the reasonable suspicion rationales that motivate stops.

The Article proceeds through four Parts. It begins with a discussion of the jurisprudential bases and empirical evidence on race and selective enforcement in the new policing regimes that evolved in the past three decades. We chart the evolution of the constitutional justification of "reasonable suspicion" from the officer safety rationale in Terry to the crime control justification for stops in a series of opinions beginning with Adams, just four years after Terry was decided. We review the literature on race and selective enforcement, discussing and then challenging the behavioral theories advanced in the past two decades to justify the widespread use of the police stop power as articulated in Terry and its progeny. We ask whether the empirical evidence on racial disparities in police stops suggest that they are animated by racial bias or other utilitarian explanations for selective enforcement.

We next present the empirical design to test for the racially selective enforcement in the SQF regime in New York. The design is situated in the empirical tensions in studies of disparate racial impact and disparate racial treatment, and the challenge of incorporating the indicia of suspicion into these tests. We identify the additional complexity of incorporating the institutional context of the SQF practices into these tests, focusing on the allocation of officers to neighborhoods as a contest for explaining the racial patterns of stops. We then develop the models to test for racial components of officer allocations to local areas that are the antecedents of the patterns of stops by officers. The design to test for discrimination follows next, focusing on the methods to integrate race with the factors describing reasonable suspicion in tests for disparate treatment.

The results follow in the next Part. We show that the racial composition of a police precinct competes with local crime conditions to explain the allocation of officers to places. We then show the components of racial disparities in stop practices, from the decision to stop and the outcomes of those stops. Here, we focus on the intersection of race with the components of reasonable suspicion developed for the Floyd regime to show that the parameters of suspicion used to justify stops themselves are racialized expressions of specific behaviors that lead to disparate stop rates and outcomes.

We conclude a discussion of the endogeneity of race and ethnicity in the practice of stops, creating risks for racial targeting and stigmatization that have social costs for populations already burdened by disadvantage and discrimination. We discuss the need and prospects for stronger constitutional regulation of stops under the Terry doctrine and the caselaw that flowed from it, and the failure of the construct of reasonable suspicion to cabin racial disparities. We conclude that in effect, these categories of suspicion themselves are vehicles of discrimination by law enforcement with little bearing on crime control and social welfare.

Using several extensions of an equilibrium model and including a set of alternate outcome measures, we find persistent evidence of racial discrimination. It is present both in the outcomes of events and in the perceptual bases of actions within those events once we control for the bases of suspicion and other attributes of the stop. The Floyd court cited evidence of the failure of constitutional regulation and the burden it created on Black and Hispanic civilians. Our analyses suggest that perhaps the Floyd court understated the extent and pervasiveness of different processes of race discrimination and the institutional designs that led to them. The negative externalities of mistakes for those stopped suggest that this is important for law and policy.