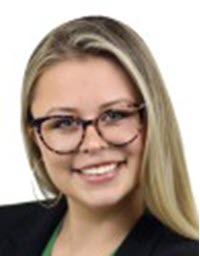 The year 2020 will forever be synonymous with public health crises and protest. As the novel coronavirus became a global pandemic, the largest protests in American history erupted following a resurgence of outrage over another deadly and longstanding public health problem. When Americans were forced into quarantine in March, facing uncertainty and indefinite disruption of life as they knew it, news consumption increased by over 200% on mobile devices alone. This near-obsessive news consumption may have been the catalyst for what some have called a Racial Reckoning. Everyone was paying attention when a bystander filmed Officer Derek Chauvin kneeling on George Floyd's neck, suffocating him until he died, and when police officers barged into Breonna Taylor's home during a botched drug raid, fatally shooting her five times.

Millions of Americans joined in protest, shouting a phrase coined after the 2012 murder of Trayvon Martin, an unarmed Black teenager: Black Lives Matter. As they marched for justice and demanded accountability for the Black lives lost to police violence, police attacked indiscriminately. Police sprayed children with mace, pushed elderly people to the ground and left them bleeding, and tased students and dragged them from their cars. Though the 2020 Black Lives Matter protests were the largest in history, they are hardly the first of their kind. Likewise, police officers' absolute disregard for Black lives, safety, and constitutional rights can be traced back to the origins of American law enforcement.

This Note will argue that the historical pattern of law enforcement abusing and murdering Black people, coupled with the patterned displays of violence in response to Black civil rights protests, have created an inherent chilling effect on the free speech of Black protestors where police are present. Part II will examine the deep roots of white supremacy and Black subjugation in the United States, how policing emerged in response to this racial hierarchy, and the treatment of Black civil rights protests by law enforcement, legislators, and courts. Part III will discuss the First Amendment right to protest, as well as the standards for restraining and protecting that right, while also noting that the breadth of this right is significantly rooted in judicial deference to white supremacist actors. Part IV will consider the chilling effect doctrine and options for redress through the courts, as well as the significant obstacles to police accountability. Finally, Part V will examine the 2020 protests and the many lawsuits concerning police responses.

The 2020 Black Lives Matter protests--and every Black civil rights protest in our history--have made one thing abundantly obvious: police presence and police behavior has an inherent chilling effect on the First Amendment Rights of Black Americans. It is important to recall that continued protest does not negate a claim that a chilling effect exists; the fact that Black Americans continue protesting police injustice despite decades of violent police responses does not mean their rights were not chilled. Black Lives Matter protests have enraged and inflamed law enforcement so intensely that “militarized police response ... has now become predictable, it is emblematic of how police generally respond to Black communities.” The fact that continuous police violence has necessitated continuous protest does not mean that their rights have been preserved or protected.

While a wider application of the chilling doctrine may be a remedy for protestors, further reform is necessary to prevent the murder and abuse of Black Americans by police in general. Some are calling for police departments to be defunded altogether. Amnesty International has demanded an end to the qualified immunity doctrine and demilitarization of police forces. Congress has heard legislative proposals seeking to limit qualified immunity and create a national police misconduct registry, and setting federal standards for the use of deadly force, though they have yet to become law.

Racist police violence against protestors, and Black Americans in general, continues despite decades of protest and international outrage. Though some have referred to the 2020 protests as a “Racial Reckoning,” other believe this term is inaccurate because we have merely acknowledged - but have yet to addressed - these problems. Through legislation and litigation, we may be able to end this chilling cycle, but if we are truly going to hold ourselves out as a nation committed to our constitutional principles, we must work toward a future where we are more consistent in our protection of principles than our racism.